Fortunately, those days when women couldn’t divorce their husbands are now over and they don’t even need to marry a person to live with them or have children with them. But it gets a little bit more complicated if you do have children, because previously the financial burden was halved, and in case of a separation, one of the parents has to pay child support.

The U.S. Census Bureau says that in 85 percent of cases, men pay child support and it is widely known that they are not always happy to do that even though the child is theirs. Twitter user Nsafoa’s Lost Key may have a theory why that is. 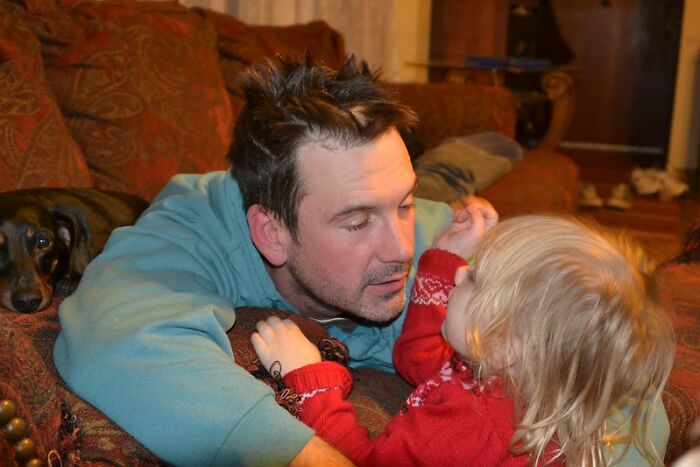 The Twitter user thinks that it has to do less with money and more with the psychology of a man who wants to be in control but now that the child is not living with them and they don’t have control over their family, they have less interest in providing for them.

Nsafoa’s Lost Key argues that after creating a new family, men gladly support them financially and thinks that this is proof that money is not the issue. 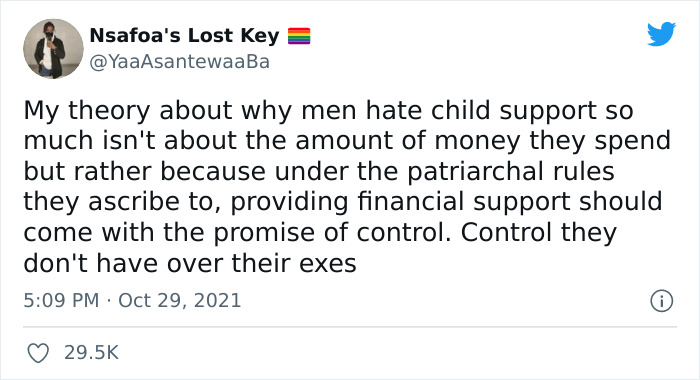 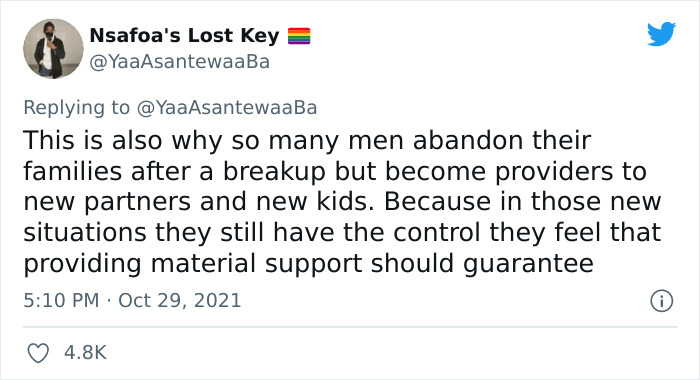 What is more, the woman claims that men don’t want to file for custody either because the issue isn’t lack of money 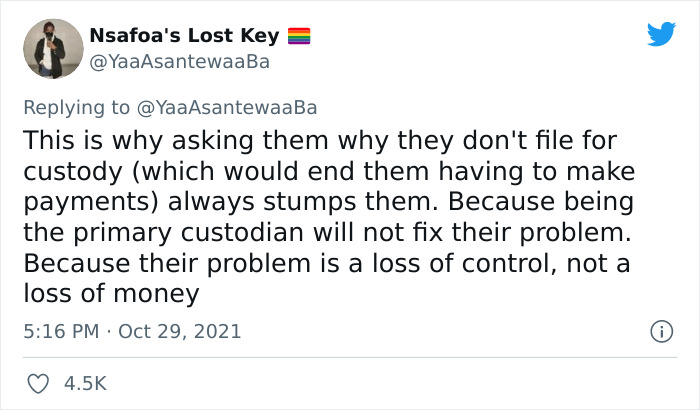 To counter the arguments that men don’t want to pay for children they are no longer living with and raising, the Twitter user gives an example of men getting flustered when asked why they don’t file for custody.

She theorizes that they don’t consider fighting for custody because they don’t need to be involved in the child’s life. The problem lies deeper in the desire to be the one in charge. 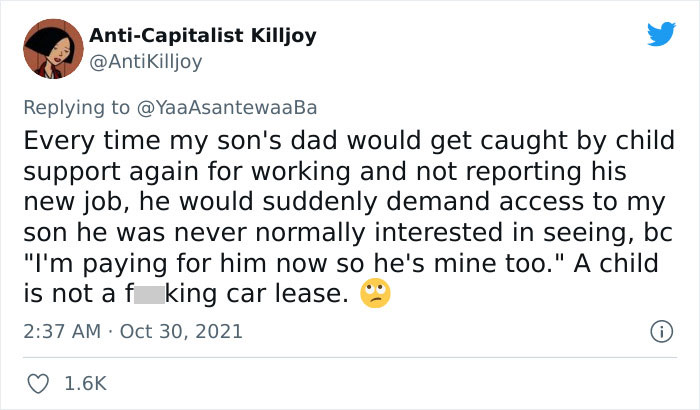 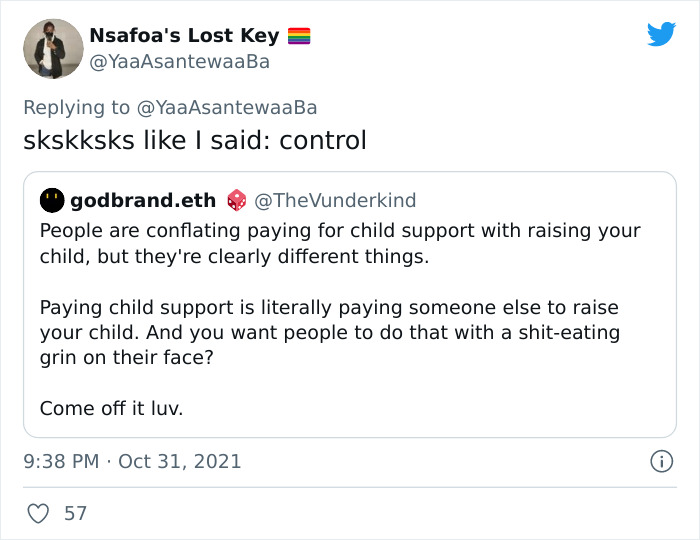 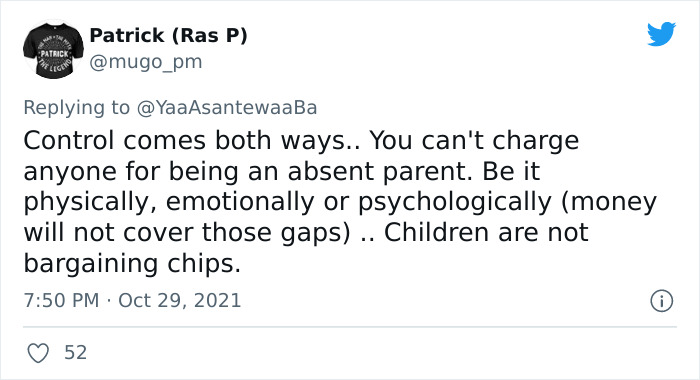 Many women in the comments agreed and gave examples from their own lives how their ex-husbands and ex-boyfriends acted as if paying them child support meant that the women owed them something.

And there are actual studies done on why men refuse to financially support children that they know are theirs and there is no conclusion as the reasons often are complex. 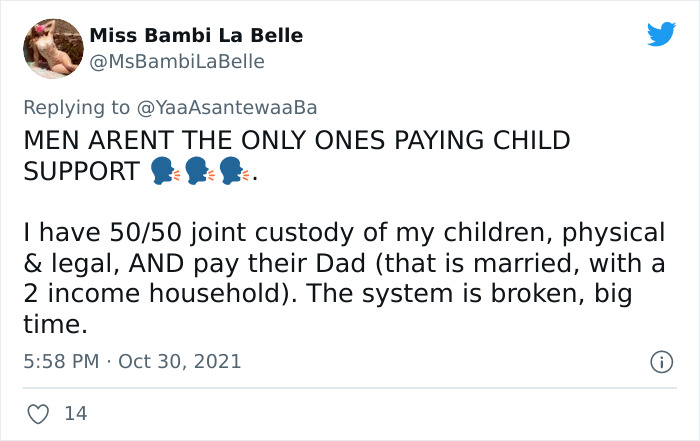 Fathers not wanting to pay for their children may be attributed to the fact that they know they won’t see their children as often and they don’t want to invest into that relationship. Or maybe the problem is the courts not enforcing child support payments on men. Of course, men’s financial situation is also a factor, especially if they move on to another family and have to provide for basically two families.

Another reason that surfaced among the thread’s comments was that men are not willing to pay child support because they suspect that the money they give the mom doesn’t always go to help to raise the child and is used for the mothers themselves. 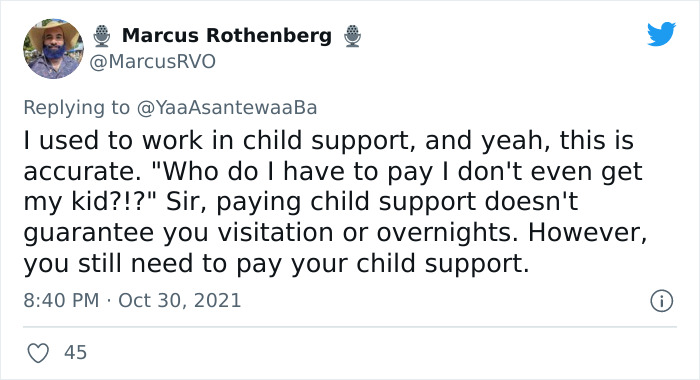 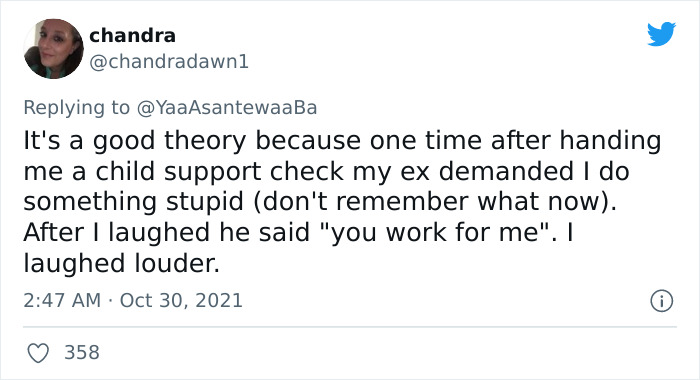 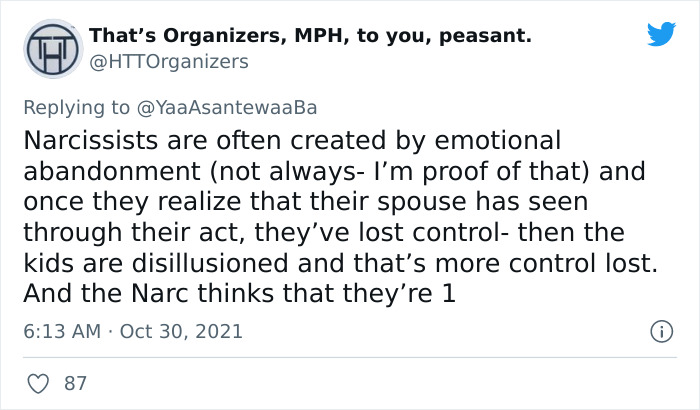 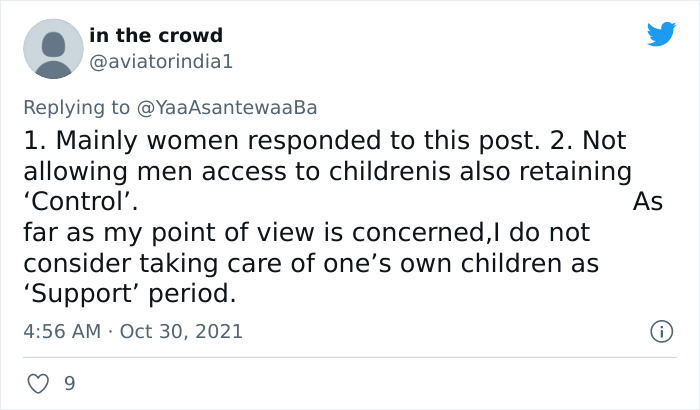 An article published in The New York Times in 1983 says that a common response why men don’t want to pay child support is that when they get divorced, they “They create a new fantasy of themselves because of the fear of getting old. And the denial may extend to the children.” Basically, the children become a reminder that they are getting old and a sign of the end of a carefree life, but with a new family, they can forget that their children exist.

Another psychological reason that is discussed is that maybe it’s a response to childhood trauma when the men were abandoned by their own fathers. 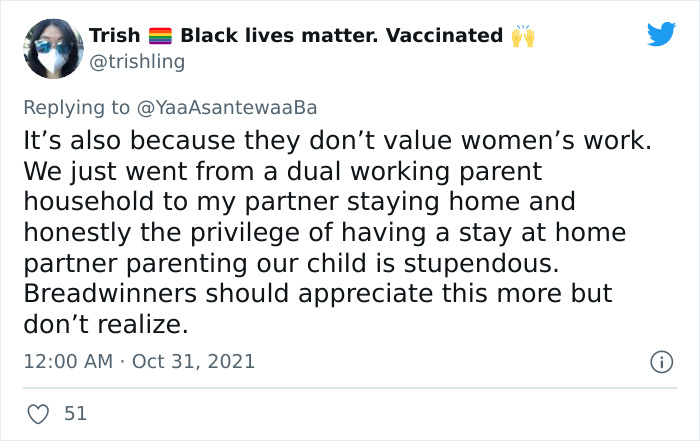 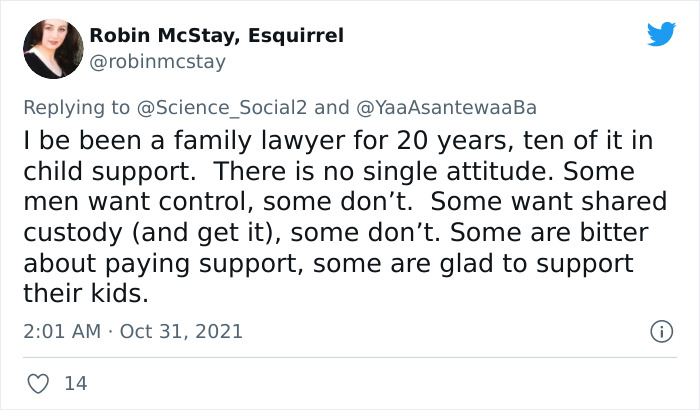 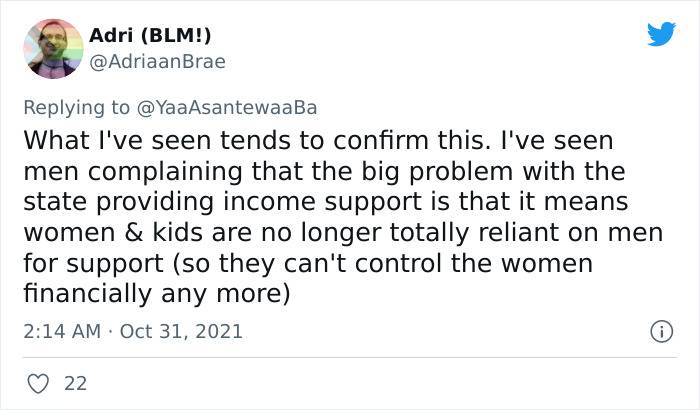 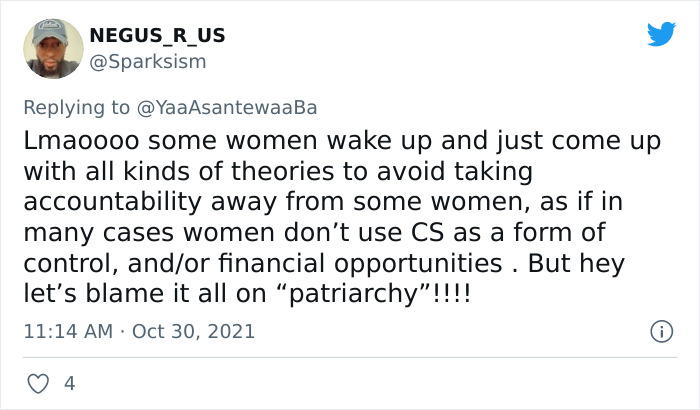 Obviously there are fathers who gladly pay for their children and understand that they are as responsible for them as the mother who has the full custody.

The U.S. Department of Health and Human Services’ Office of Child Support Enforcement reported that in 2017, $33 billion was paid for more than 15 million children, or one in five. That means $10 billion is not collected, and maybe one of the reasons why could be the loss of control like Nsafoa’s Lost Key theorizes.

What do you think of this theory? Have you ever thought about this yourself or even experienced it? Leave your own theories in the comments!