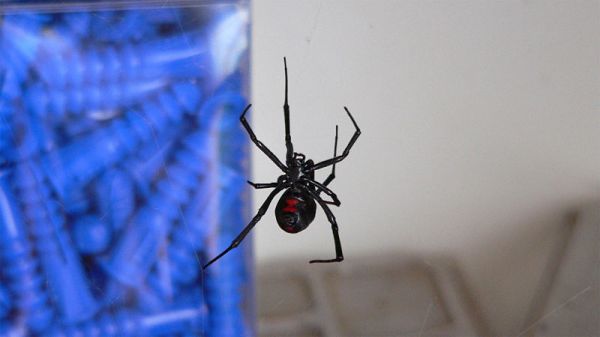 The new MCU film Black Widow opens in theaters this weekend. This post has nothing to do with the Avengers, but the movie opening is a good excuse to learn something about the real black widow spider. As with many of the earth’s creatures, our common knowledge about them turns out to be less than true.

Black widows earned their name because scientists witnessed the females eat their mates after copulation. But research has shown that in a related species, redback spiders, females only cannibalize their mates about two percent of the time, so experts suspect that American black widows have similar rates of cannibalism in the wild.

The widows’ cannibalistic behavior was first observed in the lab, where males had nowhere to run away from their larger, hungrier counterparts. But in the spiders’ natural habitats, males have the opportunity to make an escape.

Male black widows also have strategies to avoid riskier sexual encounters in the first place; for instance, research suggests they can tell whether or not a female is hungry by her pheromones, so they can avoid potential mates who seem a bit peckish.

Learn more about the black widow spider at Smithsonian.