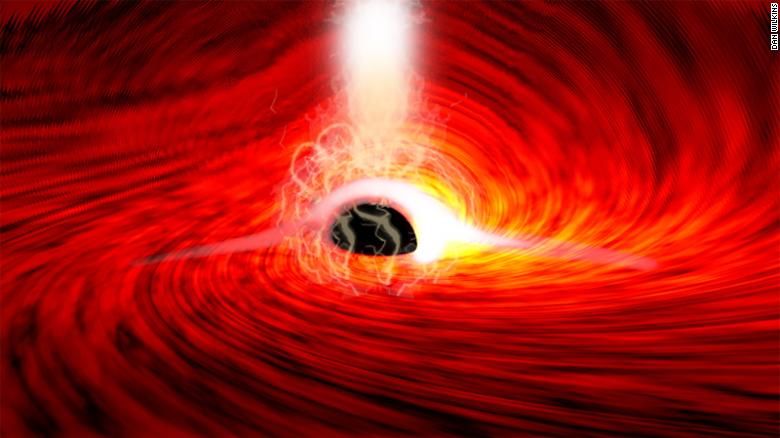 Light that goes into the black hole becomes trapped inside and is unable to escape. However, in spite of this, the enormous gravity around the black hole can heat up material to millions of degrees, which could result in the release of waves and X-rays.

Astrophysicist Dan Wilkins and his colleagues were observing this release of x-rays from the supermassive black hole located at the center of a galaxy, when Wilkins spotted small flashes of X-rays behind the black hole. This is the first time scientists witnessed such a phenomenon.

Because the light is trapped inside the black hole, seeing what’s happening behind the black hole would be impossible. So how did Wilkins notice it?

“The reason we can see that is because that black hole is warping space, bending light and twisting magnetic fields around itself,” he said.

Einstein’s theory, or the idea that gravity is matter warping space-time, has persisted for a hundred years as new astronomical discoveries have been made.

The findings of Wilkins and his team prove that Einstein’s prediction is true.

“Fifty years ago, when astrophysicists starting speculating about how the magnetic field might behave close to a black hole, they had no idea that one day we might have the techniques to observe this directly and see Einstein’s general theory of relativity in action,” said Roger Blandford, study coauthor and the Luke Blossom Professor in the School of Humanities and Sciences and professor of physics at Stanford University, in a statement.

Einstein indeed was ahead of his time.