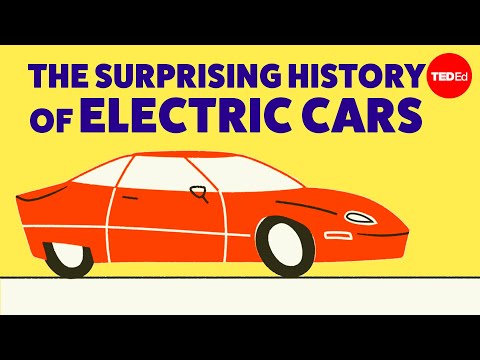 Vehicles that run on electricity were around when the first powered vehicles were developed. However, when a new technology comes out in many forms, we usually managed to whittle them down to one type in order to embed the necessary infrastructure, like trained mechanics, factories, and most importantly, fueling stations in all locations. In the case of cars, the gasoline engine won out due to Henry Ford and the abundance of crude oil. But electric power has always been there, mostly in the background, waiting for the right conditions to make a comeback. This TED-Ed animated video explains the history of electric cars. -via Laughing Squid