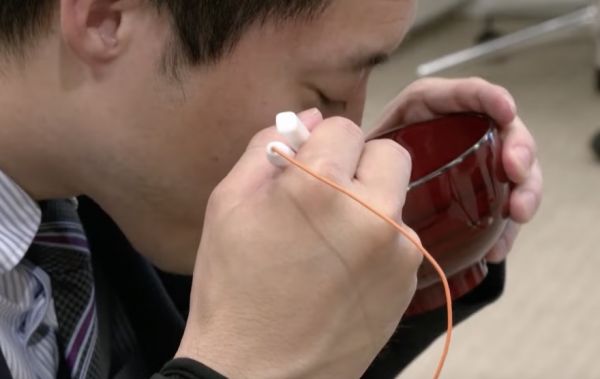 The average adult in Japan consumes about twice the sodium recommended by the World Health Organization. But since salt is such a part of traditional Japanese cuisine, reducing the salt in recipes makes food just taste wrong. The food company Kirin teamed up with scientists from Meiji University in Tokyo to tackle the problem. Their latest idea is a set of electric chopsticks. One of the chopsticks, powered by a device worn on the wrist, delivers a weak electrical charge that boosts the flavor of salt in reduced-sodium foods.

The chopsticks use “very weak electricity – not enough to affect the human body – to adjust the function of ions such as sodium chloride and sodium glutamate to change the perception of taste by making food seem to taste stronger or weaker”, Kirin said in a statement.