Social media, for whatever reason, often brings out the worst in people. They stir up drama or just argue for the sake of it even if their arguments lack logic. Sometimes it’s funny to read what people are thinking and what they consider important.

It gets elevated to a whole other level when we are talking about famous people. Usually anonymous comments don’t have a lot of significance, but famous people have a lot of influence on others and many look up to them so when they get involved in petty drama, it doesn’t set a very good example.

Also, when well-known people do it, there are a lot more opinions on their actions. The past few days, Twitter users can’t stop talking about a tweet Elon Musk posted. It was actually a reply to Bernie Sanders’ thought that wealthy people should pay more taxes. The multibillionaire was probably not fond of the idea and the best response he came up with was to poke fun at his age. 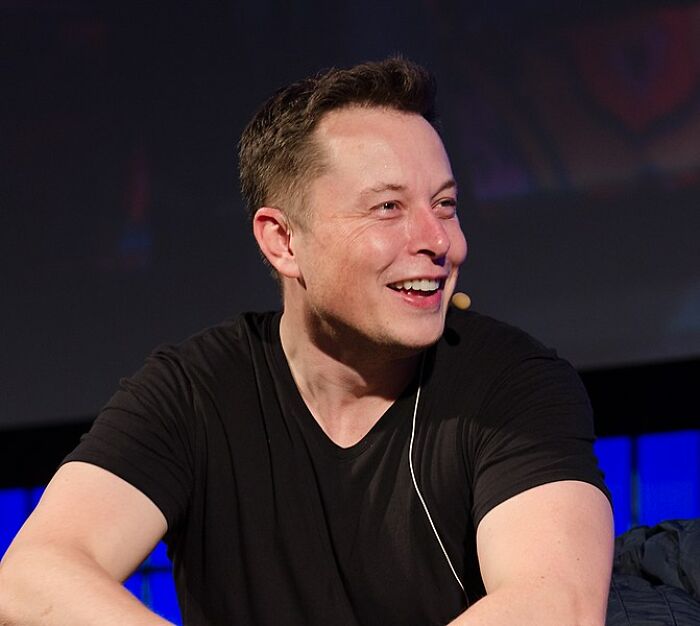 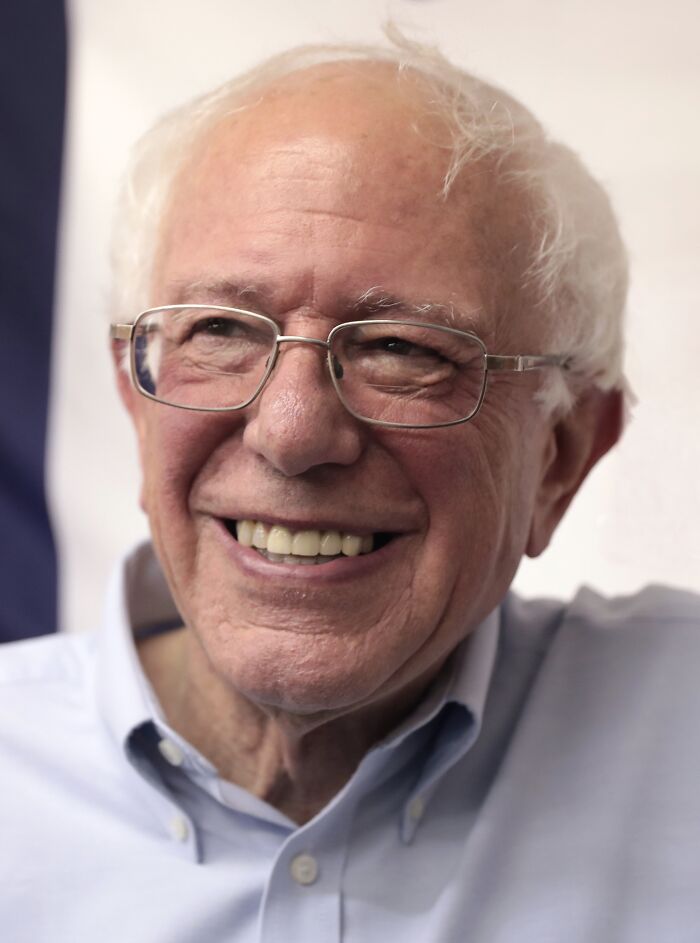 The CEO of Tesla and SpaceX, Elon Musk, has 63.8 million followers and is known for trolling and chaotic tweets. But this time Twitter users were not happy with one of his latest remarks.

He replied to Bernie Sanders’ tweet saying “We must demand that the extremely wealthy pay their fair share. Period.” with “I keep forgetting that you’re still alive.” Which is not very nice as the Senator is quite a popular politician and is still active despite being 80 years old. 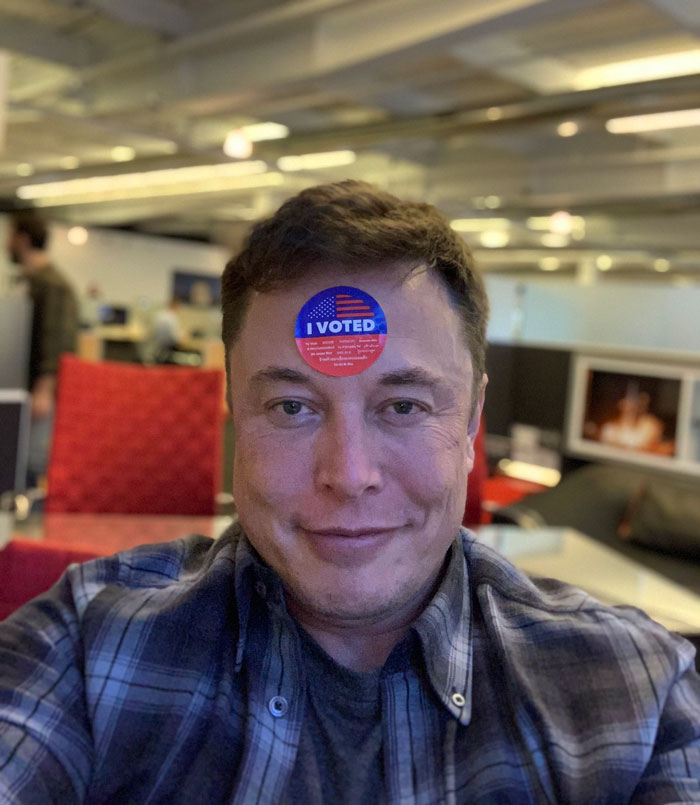 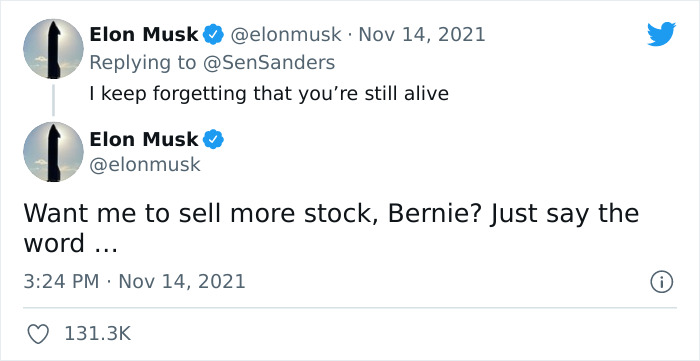 It is known that Bernie Sanders supports plans to make the main source of US energy from renewables and that would serve Tesla. However, it is also known that Sanders thinks that super-rich people should pay proportionate taxes. Elon Musk, who holds the highest net worth, is completely against what is often called “billionaire’s income tax.”

This was evident from the exchange of tweets but people couldn’t let the childish response slide. Instead of providing arguments, Elon Musk thought that to make the politician’s opinion worthless it would be enough to bring attention to how old he is. He hints that the Senator is so irrelevant that he already buried him in his head. 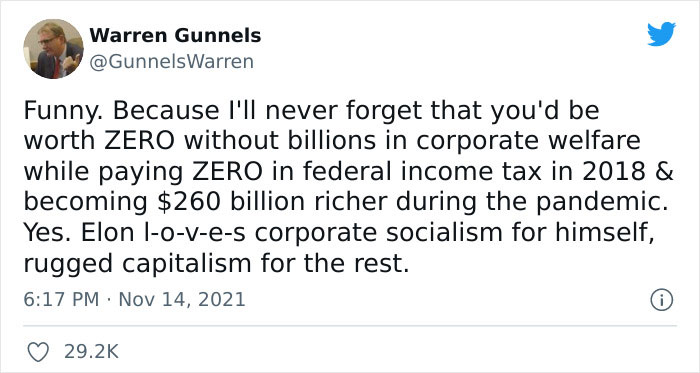 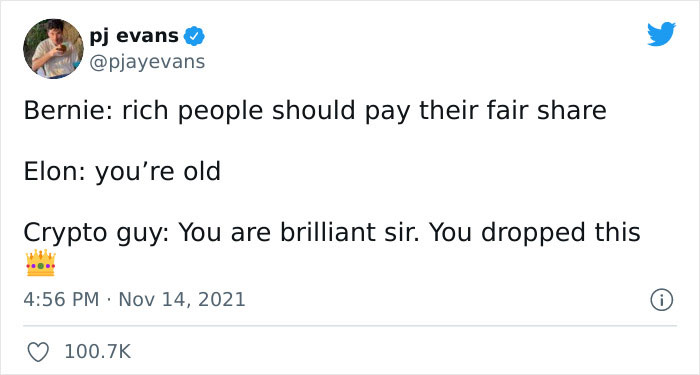 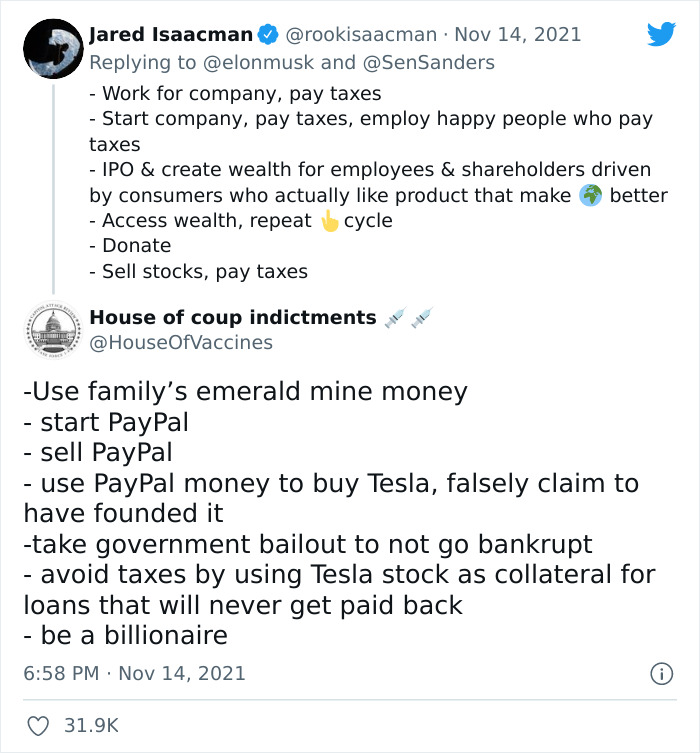 Not only did Elon Musk make fun of how old Sanders is but also came back after an hour with another reply, “Want me to sell more stock, Bernie? Just say the word …” Most probably referring to the fact he sold about $6.9 billion worth of stock just last week.

Musk’s rant didn’t stop there and he responded to his followers’ tweets by further mocking the politician, saying “Bernie is a taker, not a maker” or agreeing with people who also thought ‘billionaire’s tax’ is unnecessary.

After all, the money they would pay in taxes would come back to improve the life of American citizens 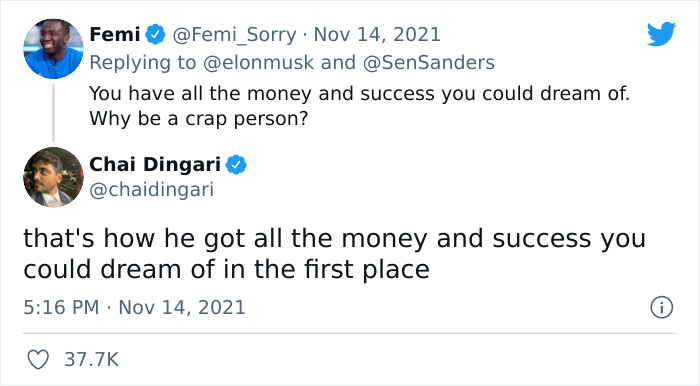 Yet how many people can relate to Musk’s $285 billion net worth? Definitely not a lot, so that is why the tweet received so much backlash. People who earn a lot less pay their taxes and it can be a big chunk of their earnings, but they understand that what very rich people pay currently is a drop in the sea.

If billionaires would pay higher taxes, everyone would benefit from that because tax money would go to the government which could invest in technology, education, public transportation, healthcare, defense and interest on government debt.

While some people were taken aback by the childish trolling, others started trolling themselves 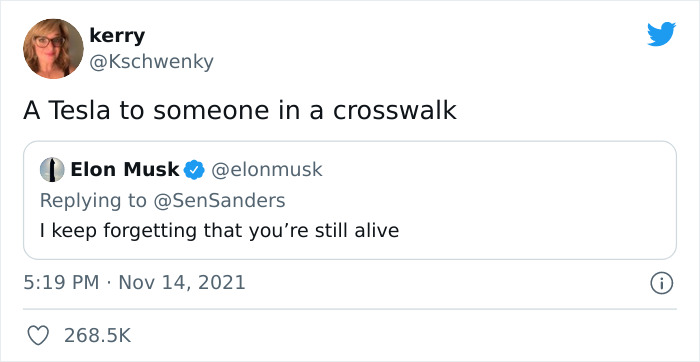 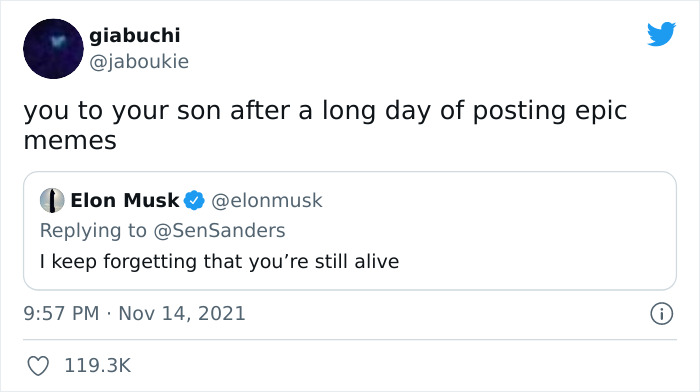 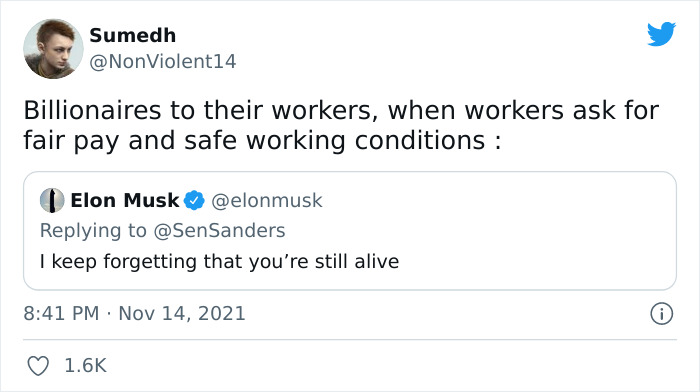 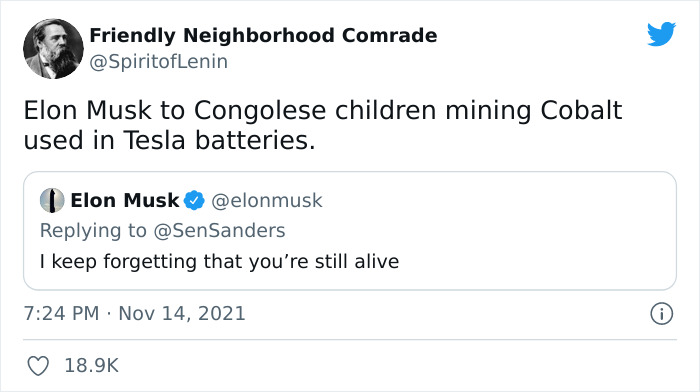 Elon Musk disagrees and tweeted “Eventually, they run out of other people’s money and then they come for you” on October 26th. Other people who oppose the tax say it is unconstitutional and that is a strong argument when the constitution is the legal basis of the country.

But statistics show that more Americans would agree with the ‘billionaire tax’ and that is reflected in the responses on Twitter under Elon Musk’s comment. Twitter users were trolling the billionaire, clearly showing that they find it funny when a person with such wealth finds taxes so repulsive when everyone else has to do it. 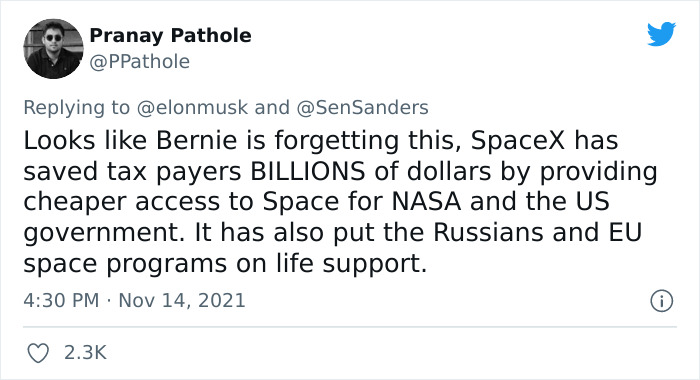 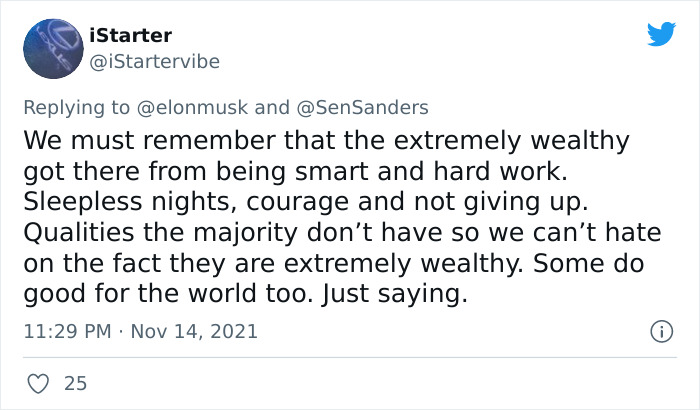 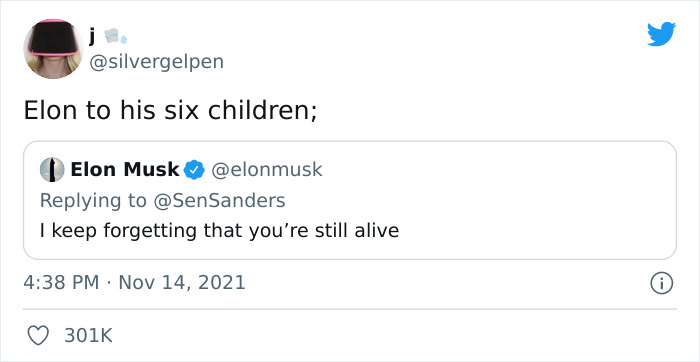 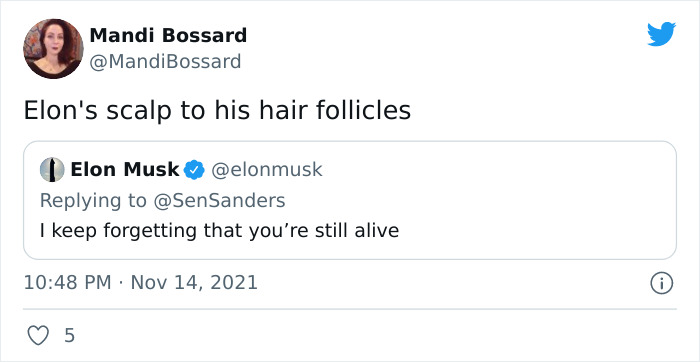 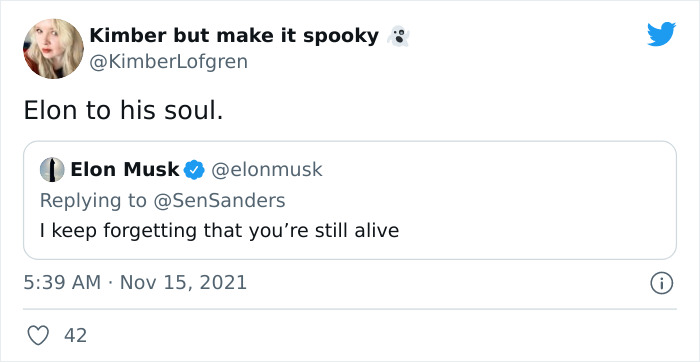 What do you think of Elon Musk’s response to Sanders’ tweet? Do you think extra wealthy people should pay higher taxes because they were lucky to find themselves in such a position? Or do you think that it would be unfair to make people pay only because they can? Let’s have a discussion in the comments!

The post Elon Musk Picked A Twitter Fight With Bernie Sanders Over Tax Policy And The Tesla CEO Got Roasted In These 19 Tweets first appeared on Bored Panda.