As if going into labor and giving birth was not already enough of a lifetime challenge, this pregnant woman was told that when the time comes, she basically has to suck it up and work until the job is fully done.

In a post shared on the r/AntiWork community, Redditor Legitimate_Ocelot718 shared a story of how she “was talking to her store manager today about the protocol of what will happen if I go into labor while at work.” To her surprise, the boss had his own scenario that could be called a multiple-step process to close the retail store she is working in.

Now the woman is wondering whether such demands from her boss are even legal. Read the full story right below, and be sure to share your thoughts in the comment section below the post. 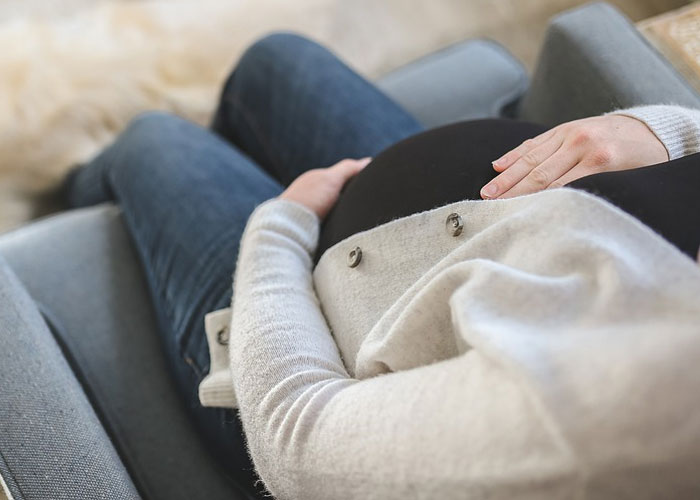 Despite the passage of a law prohibiting pregnancy discrimination 40 years ago, claims of women being discriminated against at their workplaces remain widespread. The Pregnancy Discrimination Act made it illegal for employers to consider pregnancy in decisions about hiring, firing and promotion. According to the law, pregnant women have the same accommodations and protections as their colleagues with other kinds of health issues or disabilities.

But although decades have passed since its implementation, many working and pregnant women still are not familiar with their rights or don’t know how to assert them. Meanwhile, more than 80 percent of women give birth to a child at some point during their working years.

The woman recently had a conversation with her store manager where she works about the protocol, and this is what she was told 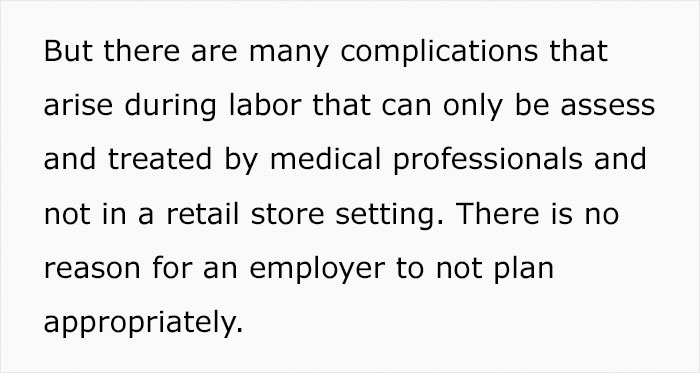 The Pregnancy Discrimination Act also has its flaws when protecting pregnant women in the workplace. According to the New York Times, “The law does not require an employer to accommodate a pregnant worker if the company is not already offering similar accommodations to other workers (for instance, someone with a heart condition).”

Moreover, “The Americans With Disabilities Act requires the employer to provide a reasonable accommodation that allows the employee to do the job, but what that accommodation consists of⁠—more frequent breaks, for example, or a stool to sit on⁠—varies depending on the job and the nature of the disability. A pregnant worker may not receive the precise accommodation she had sought⁠—but the accommodation is expected to work reasonably for both employee and employer.”

Recently, federal legislators proposed a new pregnancy anti-discrimination law, the Pregnant Workers Fairness Act. It would make employers responsible for accommodating reasonable needs, instead of only requiring accommodation if someone else at the company is already receiving it. Moreover, it would provide an exemption for businesses if an accommodation imposes an undue hardship on an employer. Read more about what the act would do right here.

And this is what people commented on this whole situation 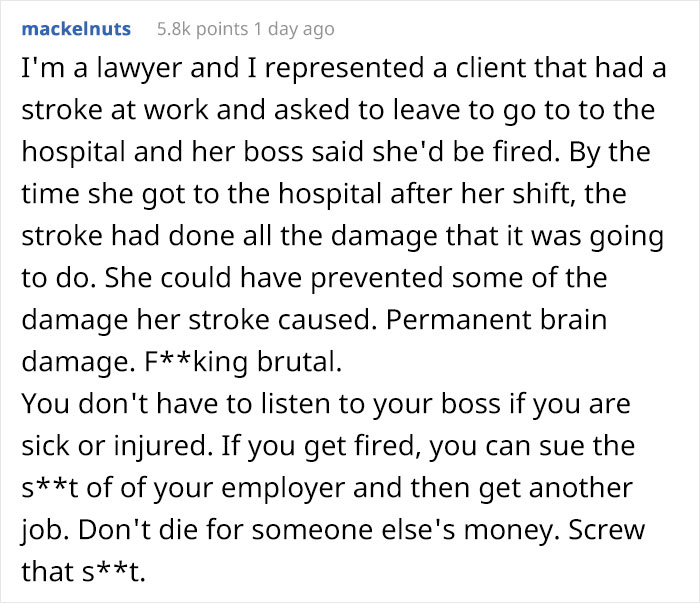 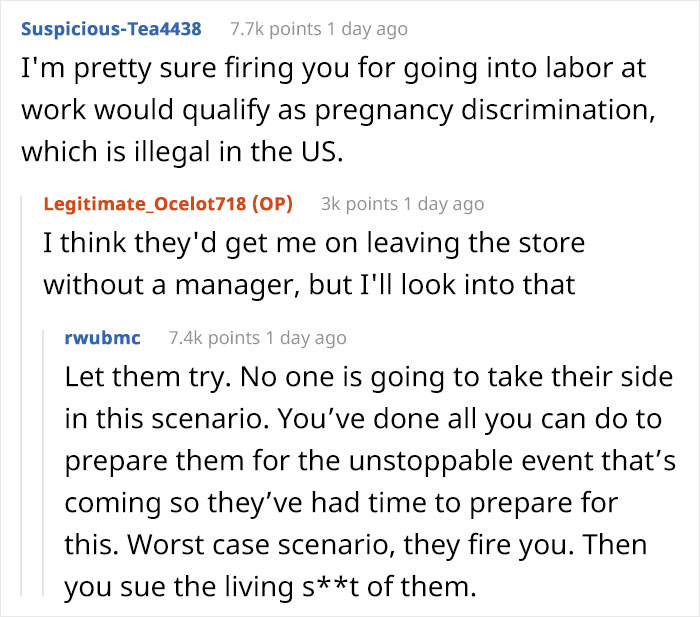 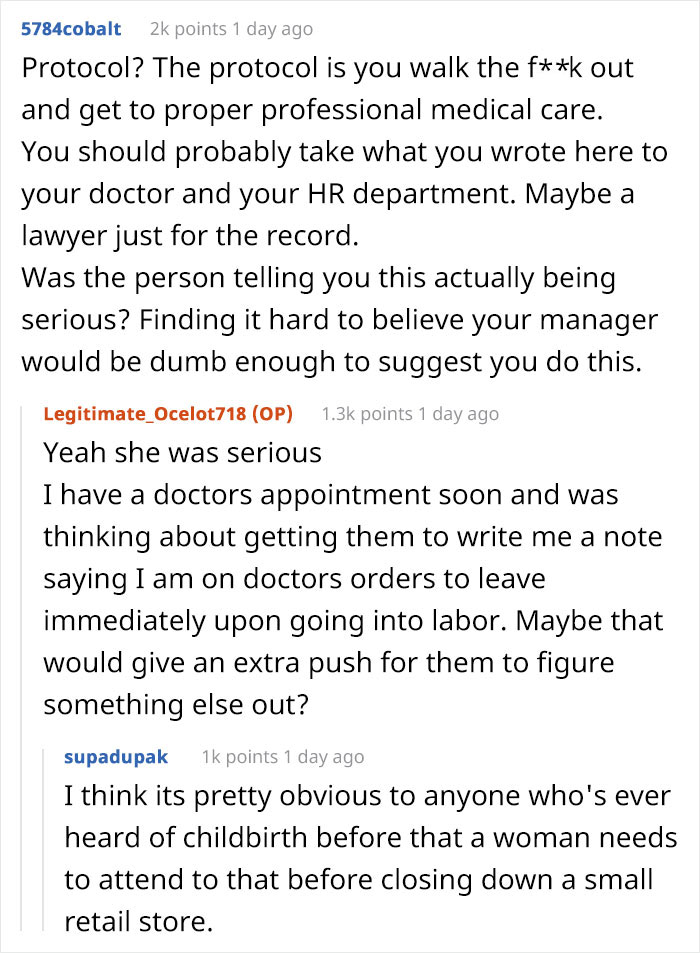 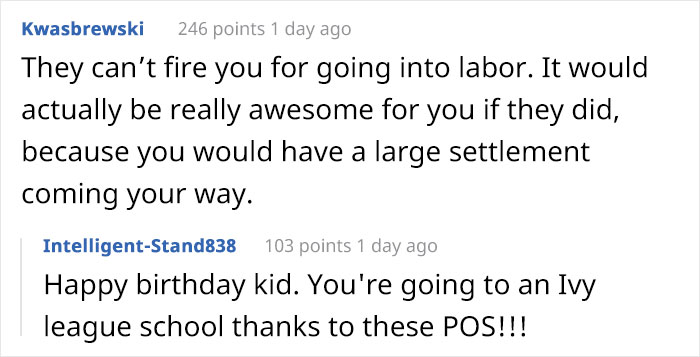 The post Employee Forced To Continue Working After She Goes Into Labor Asks “How The Hell Is It Legal?” first appeared on Bored Panda.