Good bosses trust and support their team members, and reward them for taking on more responsibilities. Bad ones rely on excessive micromanagement and mistrust. The worst of the bunch expect your job to be your first and only priority in life, no matter the personal cost, and will keep pushing you to do more and more things for free.

It hurts to realize that your boss might not have your back as you thought they did. When they hint at you to start working on a side-project, then chastise you for doing it, and suggest that you should then quit… sometimes, the best course of action is to listen. Perhaps it’s time to say goodbye and head off into the wilds of the job industry to follow a different passion.

Redditor u/the_anecdotist135 shared a captivating post on the r/MaliciousCompliance subreddit about how they finally quit their underpaid job after their boss yelled at them. You see, the overachieveing employee had spent a lot of time helping improve the company’s website, but the boss was far from happy about this, even though that’s exactly what he wanted.

Scroll down for the full story and to find out how everything came to a head, dear Pandas. Share your thoughts about the situation in the comments, as well as any similar experiences that you’ve had. Have you ever dealt with such a boss? Would you have done anything differently?

Bored Panda reached out to the author of the viral post, redditor u/the_anecdotist135, and they were kind enough to answer our questions. Read on for the full interview, Pandas!

Being a good, hard-working employee who always goes above and beyond doesn’t mean that you’ll be appreciated or compensated for your efforts 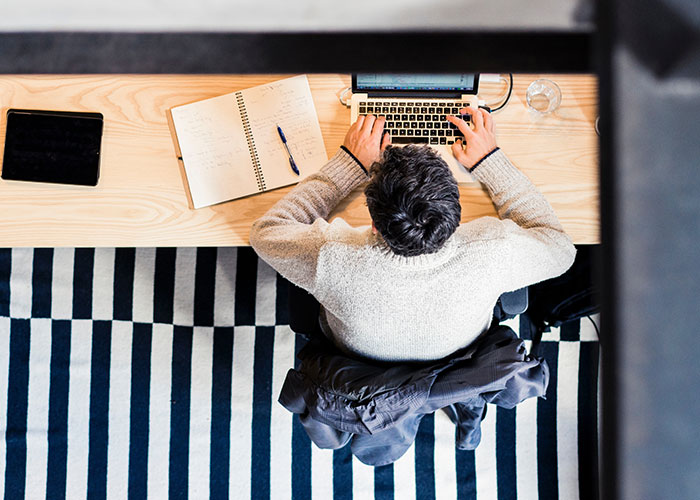 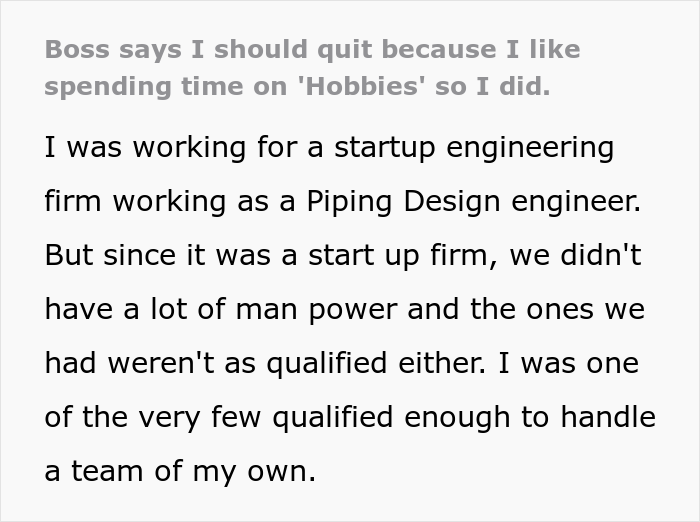 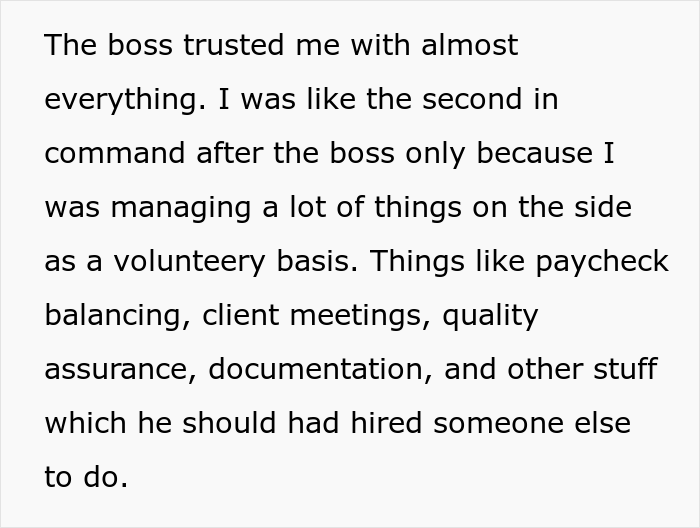 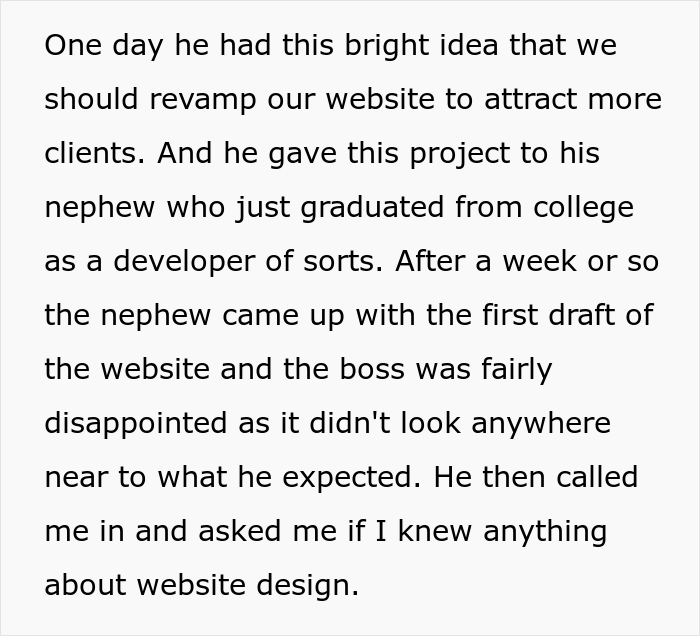 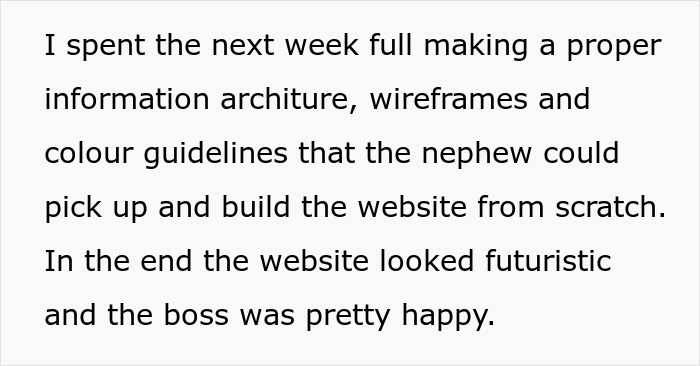 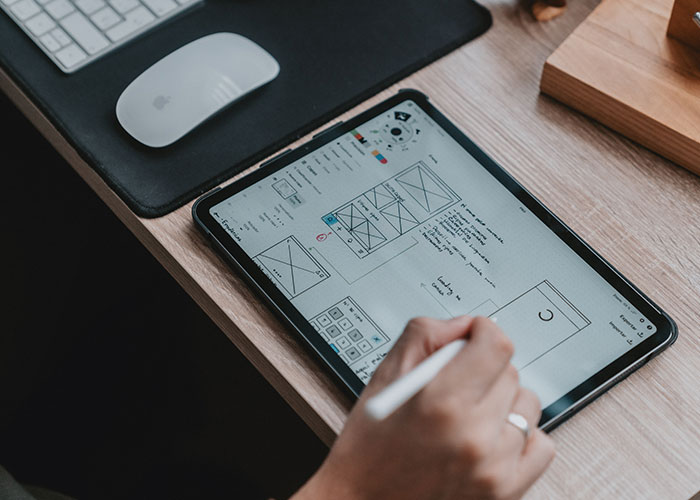 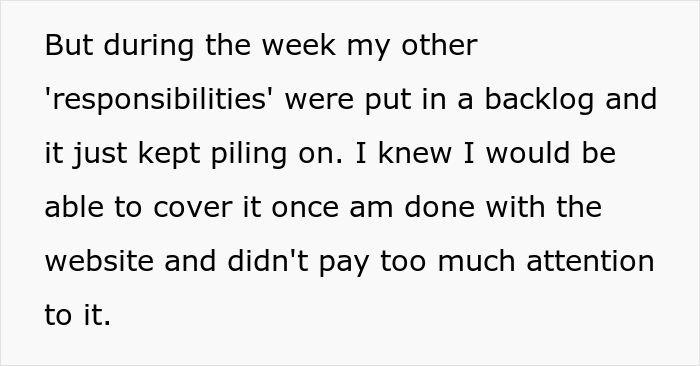 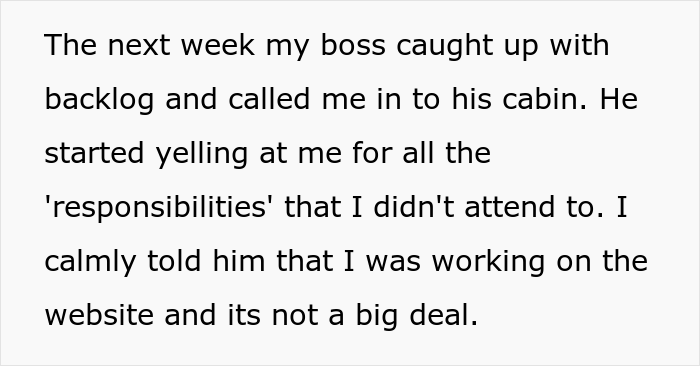 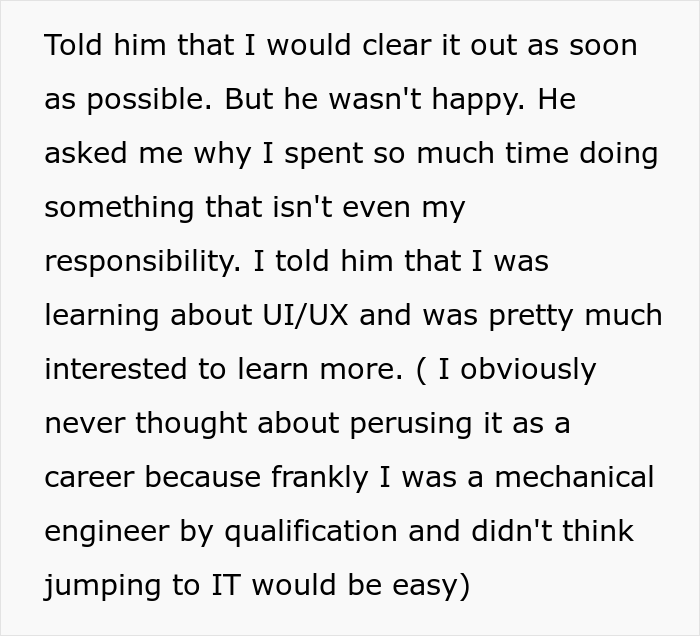 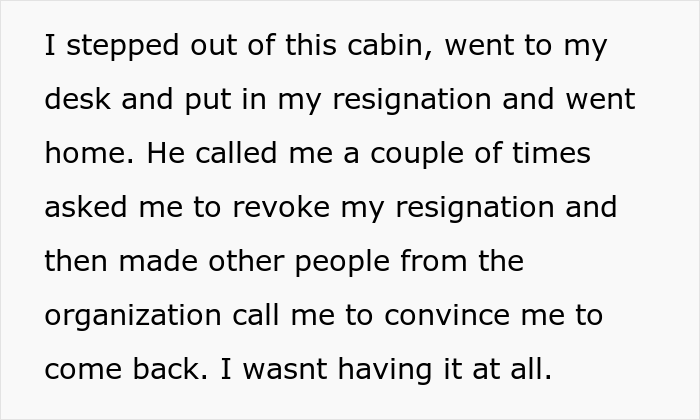 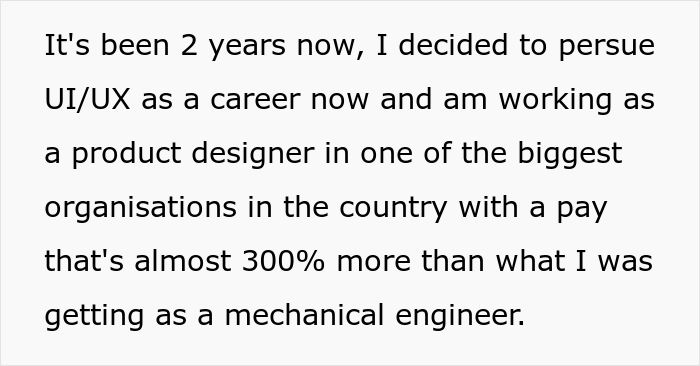 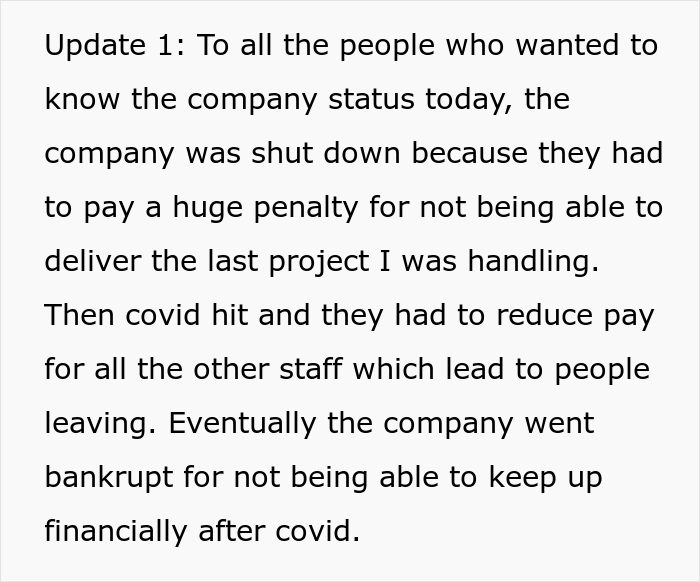 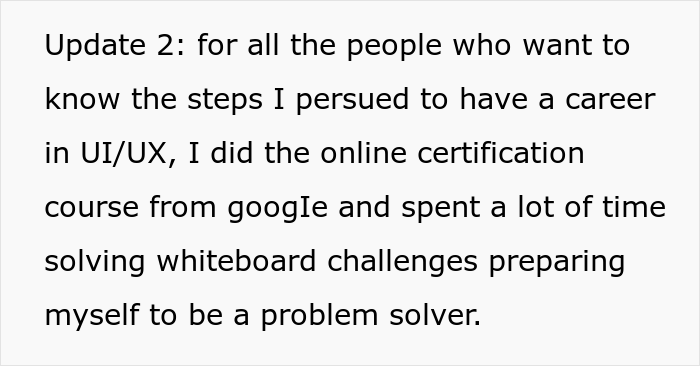 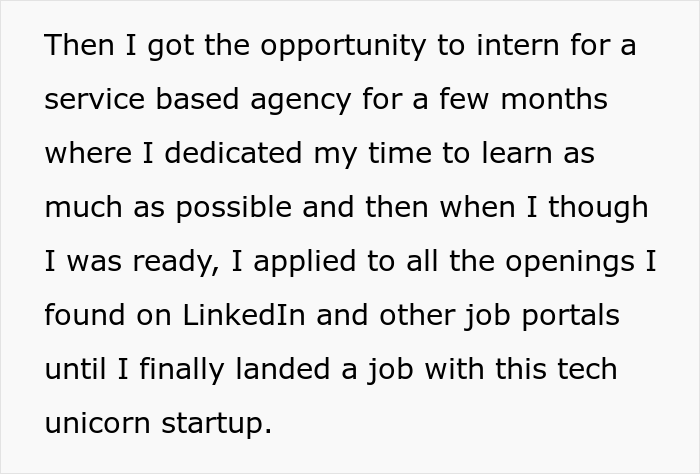 “The reason I checked out UI/UX in the first place was because I have a friend who works in the industry. He always comes to me if he is stuck with something at work. He says I am good at problem-solving and that’s one skill you should have if you’re pursuing UI/UX,” redditor u/the_anecdotist135 shared with Bored Panda.

“He told me I could do much better in terms of compensation if I make the switch. So I looked in to courses and here I am.”

We were curious to get the OP’s opinion on the differences between a good and bad boss. “A good boss to me is someone who is smart enough to hire even smarter people and give them the space to grow and let the organization grow with them,” the author of the post said.

“I feel like trust is more important because personally, I worked for so much less where I could barely make ends meet, but I was happy because I had the space to learn and grow.”

Meanwhile, the redditor shared some tips for someone who might be scared of switching jobs. “Nowadays, none of the jobs are safe or secure. They recently laid off 1,000s of people from one of the biggest Ed tech companies in India which was making millions in profit just last year,” they noted.

“Same thing with people getting laid off at Twitter. They all earned well. My point is I don’t think it’s good advice to be scared of switching. But I would say that one should switch when they have enough to support themselves for a couple of months then switch and strive. When you’re at rock bottom, the only place left to go is up.”

As luck would have it, the pipe design engineer realized that they have a deep passion for UI/UX design, and decided to follow their passion. The silver lining is that the rude boss actually helped them move their career forward by leaps and bounds. Of course, that doesn’t excuse the awful behavior with one’s workers.

Fast forward a couple of years and redditor u/the_anecdotist135 is thriving in their new career! Meanwhile, their old company went under. “The company was shut down because they had to pay a huge penalty for not being able to deliver the last project I was handling. Then covid hit and they had to reduce pay for all the other staff which led to people leaving. Eventually, the company went bankrupt for not being able to keep up financially after covid.”

The OP was also kind enough to share how they pursued their career in UI/UX with all the other redditors. They started off by doing an online certification course from Google and spent a lot of time solving whiteboard challenges.

“Then I got the opportunity to intern for a service based agency for a few months where I dedicated my time to learn as much as possible and then when I though I was ready, I applied to all the openings I found on LinkedIn and other job portals until I finally landed a job with this tech unicorn startup,” they said. Moreover, while working as an intern, they invested in a couple more certificate courses.

All of us are personally responsible for what we’re willing to tolerate at work. It’s up to us to create and enforce healthy boundaries with our colleagues and management. And if there’s a problem, it’s always best to try and actively solve it instead of just gritting one’s teeth and refusing to lift a finger out of fear.

If there are deep-seated issues with compensation, the work atmosphere, and a coworker’s behavior, you can start by reaching out to your direct supervisor, human resources, or even your own boss. Having a diplomatic but open talk about your expectations can help you look for a compromise. Of course, not everything goes as planned all the time.

For instance, your boss might be incredibly stubborn, defensive, and lack even a basic amount of respect for their employees. Meanwhile, you might have to deal with some very serious issues in the workplace, like harassment, threats, or being forced to work unpaid overtime. In those cases, you may want to get in touch with a labor union or speak to a lawyer about your options going forward.

Many of you Pandas who have ever worked at a toxic company will probably have had a similar power fantasy: telling your boss everything that you think about them and then quitting in a memorable way. However, the real world rarely works like that. Sometimes, even if you’re leaving an awful company, it’s best to think about your long-term interests instead of going for short-term satisfaction. In other words, there are different ways to quit a job. And some can benefit you, the employee, more than others.

Bored Panda spoke about this a while back with financial expert Sam Dogen, the author of ‘Buy This, Not That,’ and the creator of the Financial Samurai blog.

“For example, when I negotiated my severance after 11 years, I stayed on for three months to train my junior employee. I introduced him to all my clients as well. As a result, I was able to receive a severance package equal to six years of living expenses!”

He said: “The right way to quit your job is to make sure your company and employees are OK if you leave.” In other words, don’t let your deep dissatisfaction with your boss, your position, or anything else ruin your chances for financial stability moving forward. Be your own ally—plan how you leave in a way that puts you ahead and free to follow your passion as you change career paths. Though, as we’ve seen in this particular case, things might work out either way. 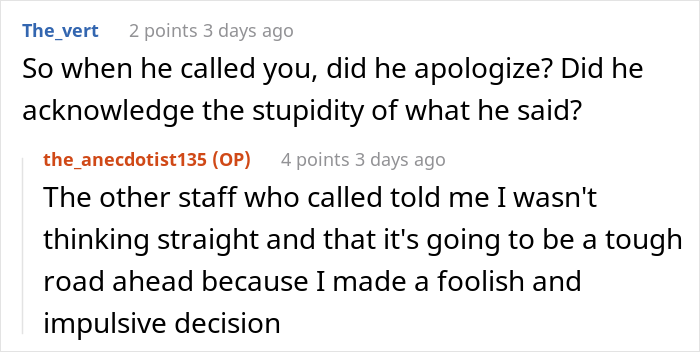 Meanwhile, here’s what some other people thought after reading the post 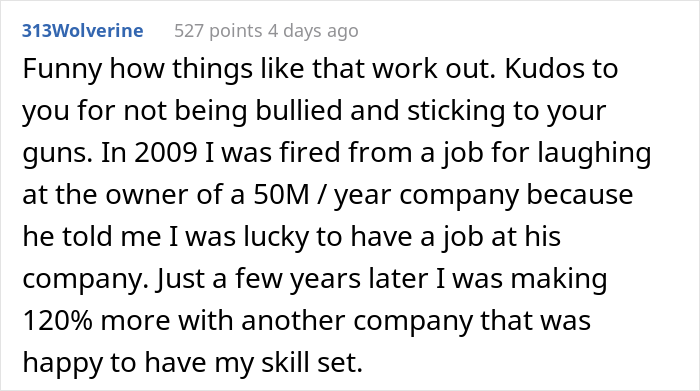 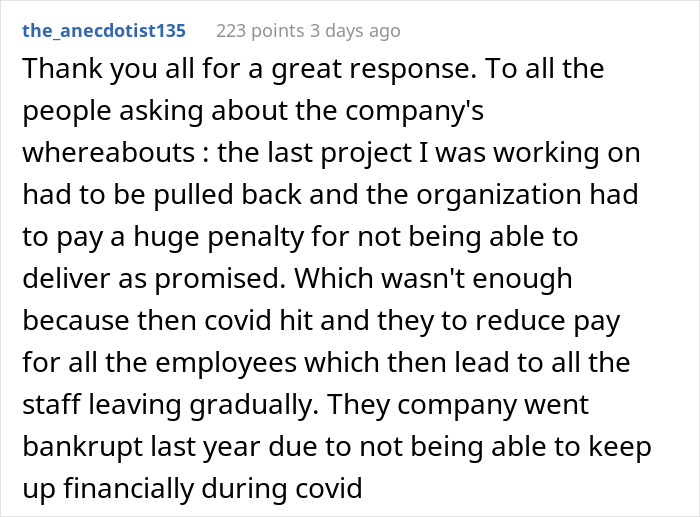 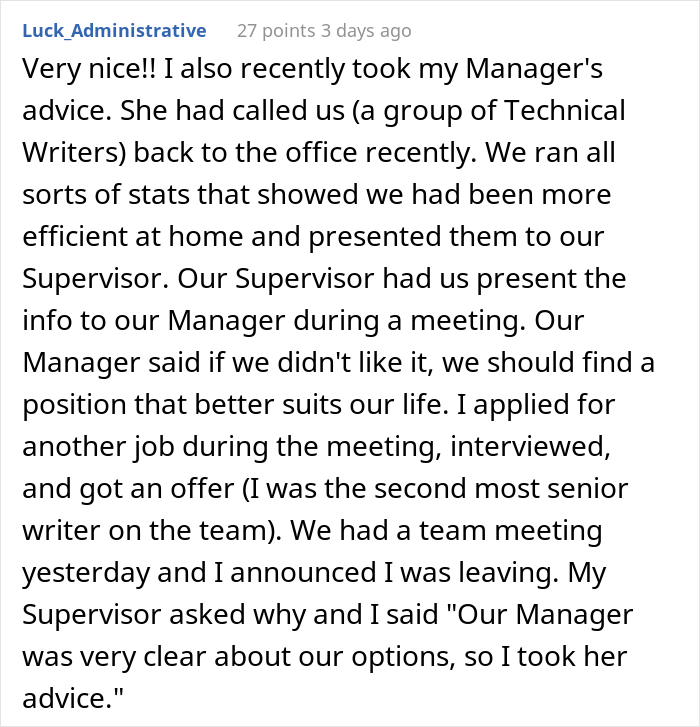 The post Employee Maliciously Complies And Quits His Job To Pursue His Hobby Like His Boss Told Him To, Is Making 300% More Money Now first appeared on Bored Panda.