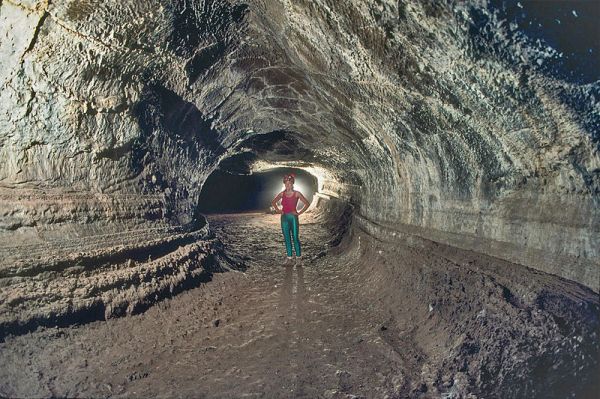 A lava tube is formed when molten lava spews through the earth. The lava on the outside of the tube cools against soil or rock, forming a shell, while the hot molten part rushes through. The result is a cave. But the earth isn’t the only place with lava tubes. Mars has really big ones, and on the moon, they are even bigger.

“The largest lava tubes on Earth are maximum [about] 40 meters [130 feet] of width and height,” said study co-author Riccardo Pozzobon, a geoscientist at the University of Padova, Italy. “So like a very large motorway tunnel.”

A lava tube on the moon, Pozzobon told Live Science, could easily contain a small city within its walls.

The upshot is that these huge caves may offer shelter and protection when humans venture out to the moon and Mars. Read what we know about them at LiveScience. -via Damn Interesting