There’s a rule about stars that tends to be true: the bigger the celebrity, the nicer they usually are. The exact opposite tends to be true, as well, as most rude celebrities are usually new to their stardom, might not be very well known, and have a desire to prove to everyone just how very important they are.

This is exactly that type of situation that redditor u/tamiraisredditing, who works as a server at a restaurant, ran into recently. The eatery is a local celebrity hotspot and the redditor kept missing out on meeting the stars that come over for a bite and a drink. However, she did meet an incredibly entitled influencer from her college who got her 15 minutes of fame (though in reality, it was more like 3 minutes on TV) and thought she was the most important person on Earth.

The server explained exactly what happened when the arrogant ‘celeb’ came over for a meal at their restaurant. From ordering her waiter around to leaving without paying the bill, she seems more like a cartoon character than a real person with empathy. Have a read about exactly what happened below, Pandas, and you’ll find out the kind of revenge the restaurant staff cooked up for the woman.

Bored Panda reached out to celebrity and pop culture expert Mike Sington, from LA, to learn more about how staff should act if they ever meet a rude celebrity and what fans visiting the restaurant should (not) do. Scroll down to read what Mike said! 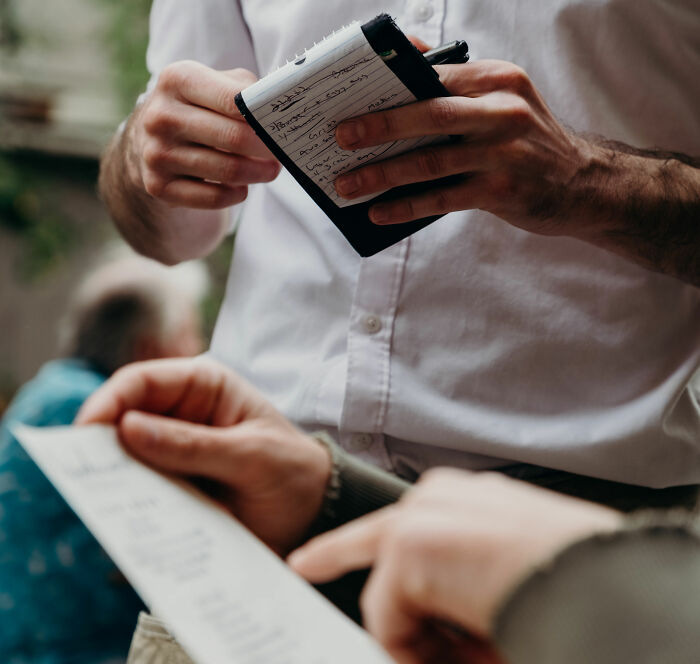 She shared exactly how the troublesome ‘celeb,’ a girl she knows, became ‘famous’ and how the locals reacted to her 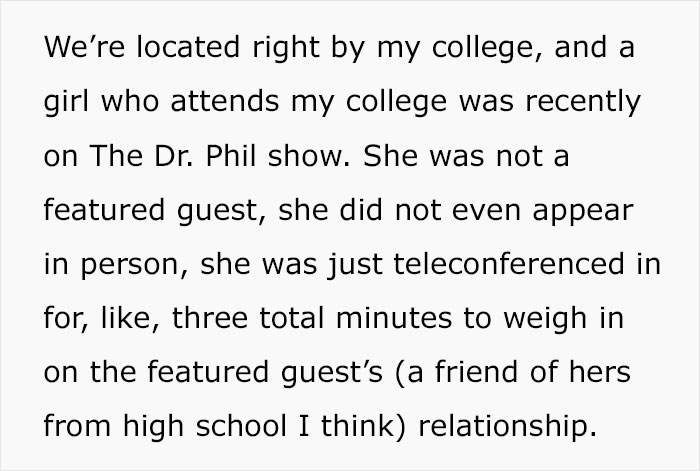 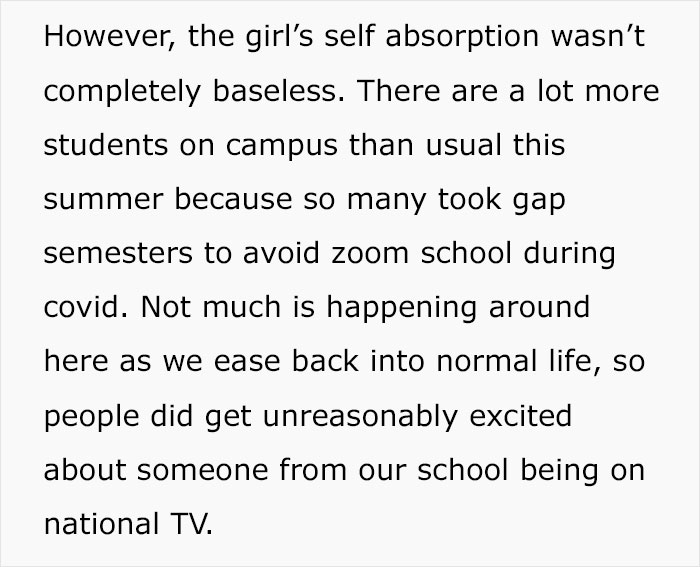 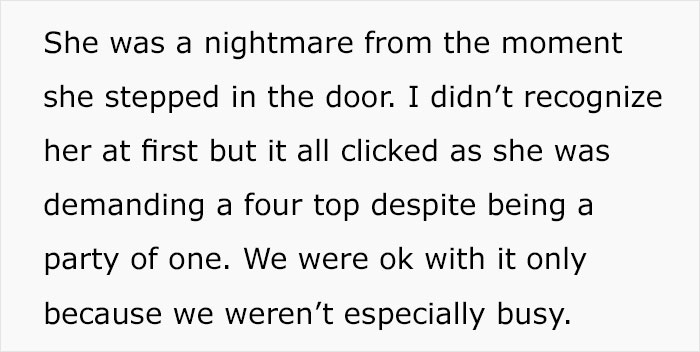 There was simply no end to her demands 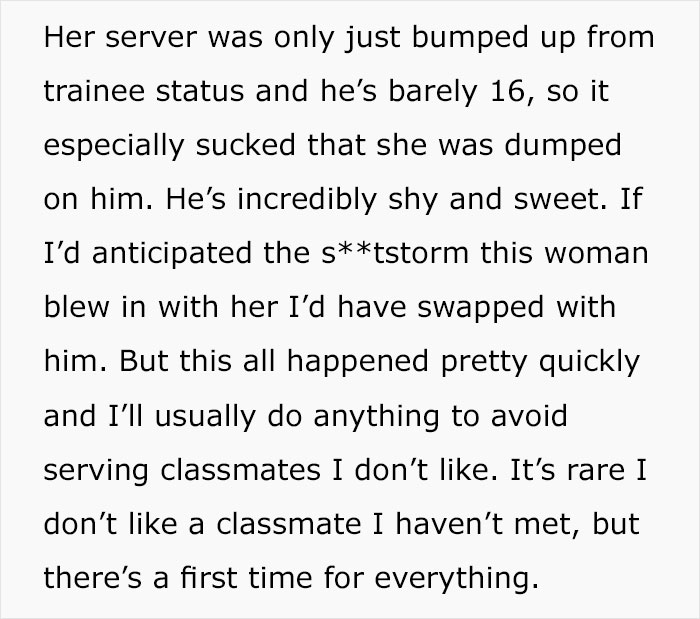 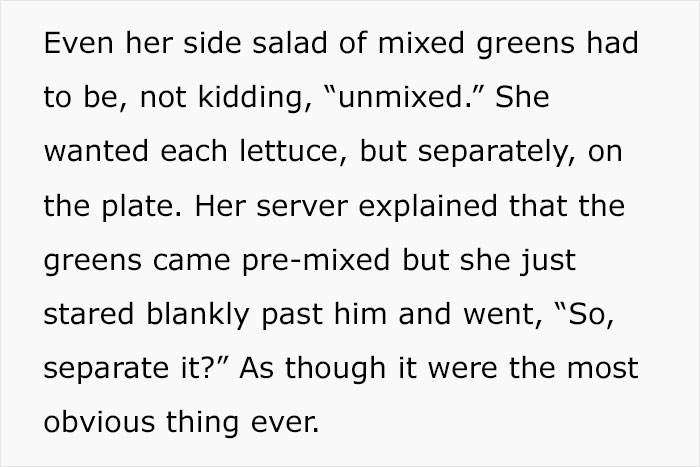 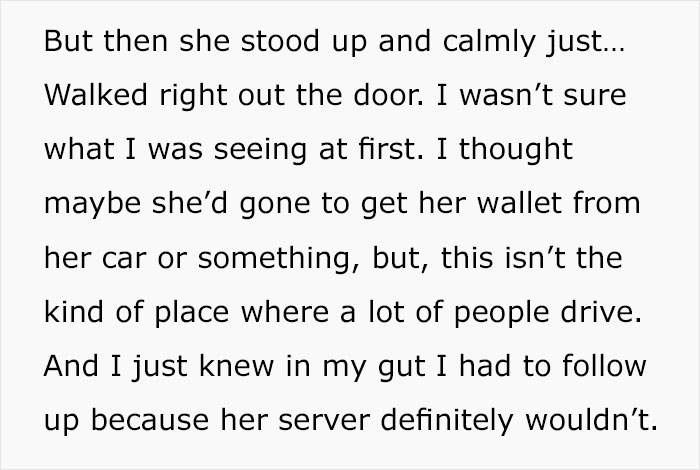 However, the staff weren’t having any of it 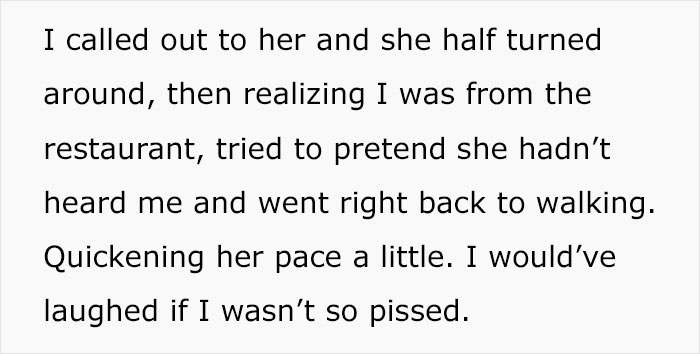 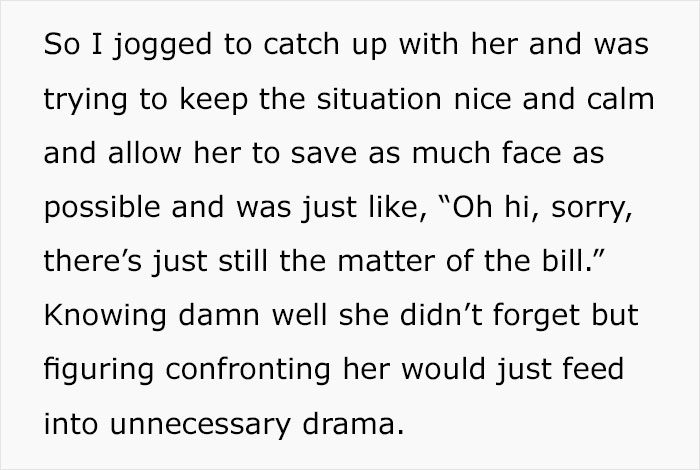 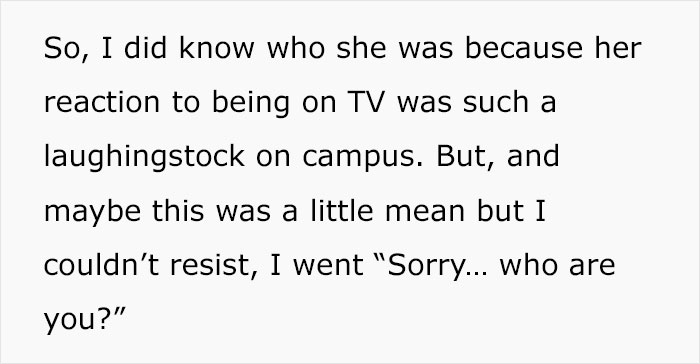 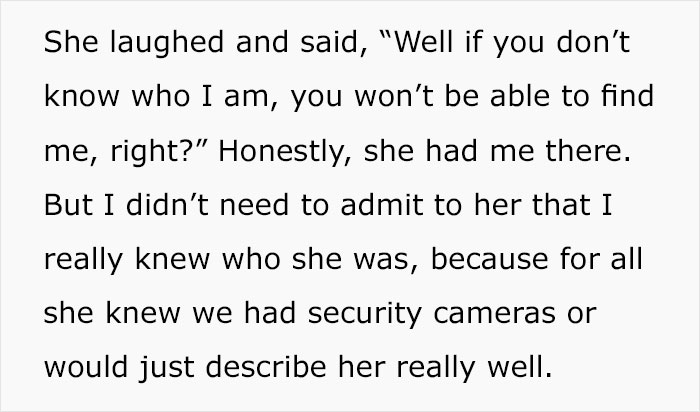 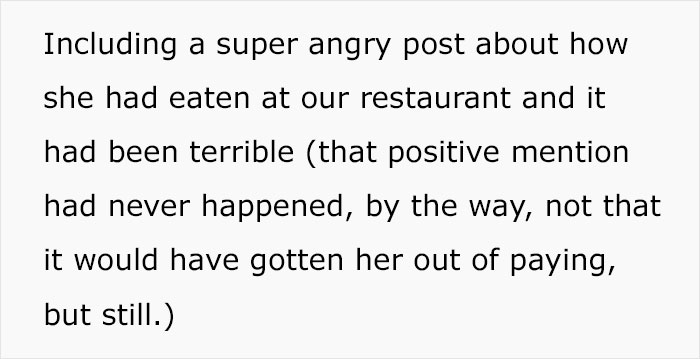 As it turns out, it’s not the first time the ‘star’ did something illegal 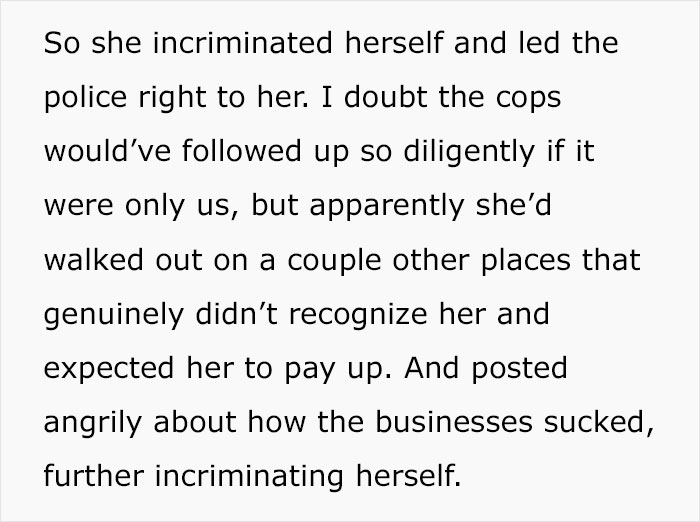 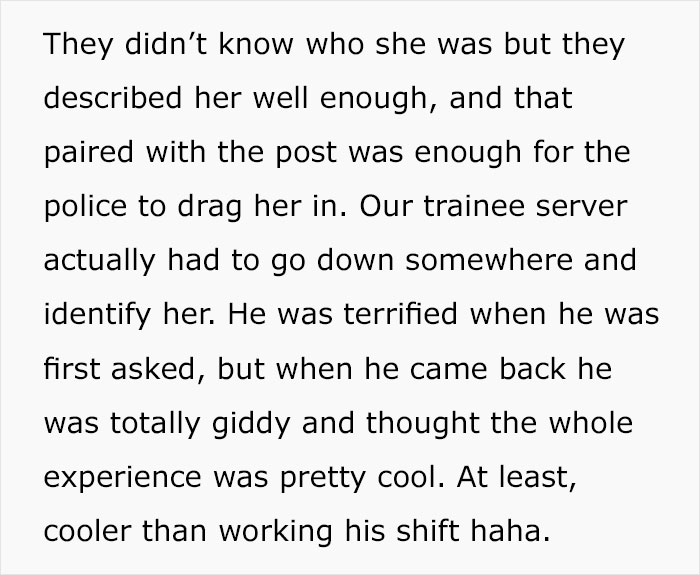 Celebrity expert Mike told Bored Panda that staying professional at work is key while interacting with any customer, whether they’re a star or not. However, on the off chance that you do run into any major issues, you should talk to your manager about it.

“It’s always best to stay professional at work, of course, and that includes trying to be pleasant. Having said that, no one deserves to be mistreated. If a celebrity, or anyone, is being especially rude, as a server I would step away and let my manager know,” he said. “Any professional manager would intervene, to the point of even possibly asking the celebrity to leave. The celebrity knows everyone has a camera, and they probably don’t want that sort of scene recorded and posted.”

Mike also had some spot-on advice about what the etiquette is for approaching your beloved stars if they’re dining at the same place as you are. “Never interact with a star while they’re actually dining at a restaurant. The worst thing you can do is interrupt their meal,” he stressed to Bored Panda.

Instead, Mike urged fans to approach the star once they’ve left their table and started heading to their car. “An especially good time is if they’re just standing around waiting for the valet. Then, they’re likely to actually appreciate a fan encounter because it’s flattering and helps fill the time. A simple, ‘I really admire your work. Could I get a picture with you, please?’ is all you need. Keep it short, simple, and polite,” he suggested.

Redditor u/tamiraisredditing shared how nothing was good enough for the local ‘celebrity’ from the moment that she walked through the restaurant door. My personal favorite was the fact that she demanded that her mixed salad be ‘unmixed’ by hand. Now that’s a scene that you could take and plop right into any comedy movie. Hollywood screenwriters, take note!

However, her biggest faux pas was leaving the restaurant without paying. The server pointed out that the business has a rule about not letting any celebrity leave without paying (ironically, the biggest names were all more than happy to pay their bills), so naturally, she followed her to remind her of this.

They both knew that the influencer was trying to get out of paying even a cent, using her newfound ‘popularity’ as cover. One of the biggest kicks in the gut was when the server pretended not to know her and asked who she was. Later, the restaurant staff ended up calling the police about the woman refusing the bill. As it turns out, this isn’t the first eatery that she’s run out of without paying. And it all started with getting to be on TV for a few minutes… Oh, how the ‘mighty’ fall! 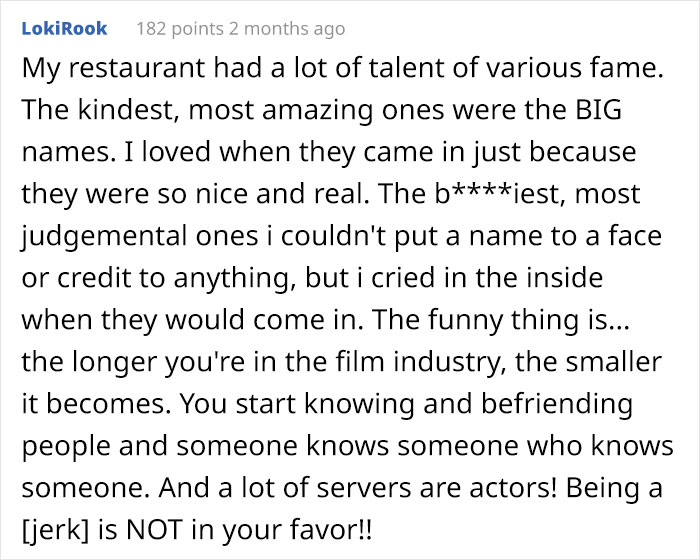 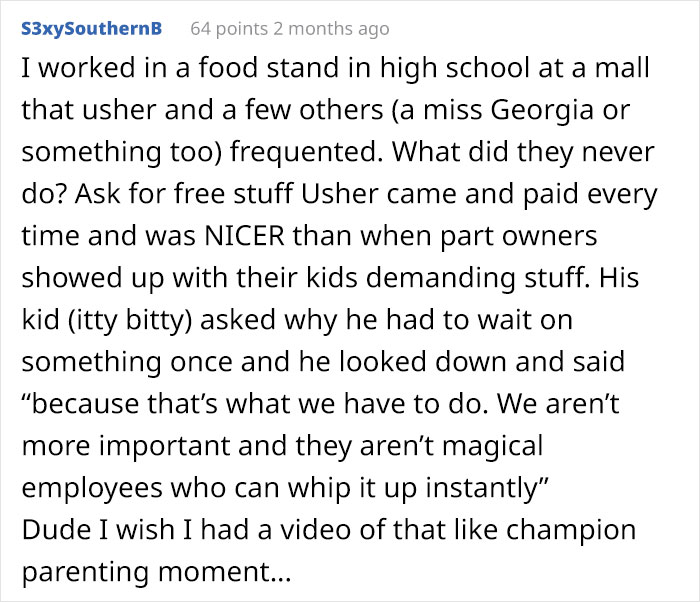 Previously, celebrity expert Mike Sington told Bored Panda that the vast majority of the hundreds of stars that he’s met during his decades-long career in Hollywood have been kind, gracious, and friendly.

“In my experience, the one constant I’ve noticed is the bigger the star, the nicer the celebrity. The established stars have it down and understand the importance of the celebrity/fan relationship. You usually only have a problem with the newer, up-and-coming stars. They at times don’t get it and may think they’re too good to interact with you. This attitude often backfires, and they realize if they want longevity, it’s actually not that hard to be nice.”

He urged fans to not be afraid to meet a celebrity. “The majority are smart business people, and they realize their fans who watch their TV shows, stream their music, and buy tickets to movies and concerts, are paying their salaries. They want to be nice to you!” he said that it’s in any star’s best interest to be nice to their adoring fans and to everyone they meet.

“For some celebrities, in fact, I’d say most celebrities, being nice comes naturally. It doesn’t take any special effort, because it’s who they are as a person,” Mike noted that most celebs are, in fact, genuinely nice.

The post Entitled Local ‘Celebrity’ Tries To Pay Her Restaurant Bill With Exposure, They Call The Police first appeared on Bored Panda.