A confused man turned to the AITA community on Reddit to find out if he was wrong to not snow blow his neighbor’s driveway.

The Redditor Tazookeeper explained that it all started when the new neighbors moved in. During the neighbor greeting, the author noticed that they didn’t have any lawn mowers or snow blower.

“We told them that they should get those things sooner rather than later since we typically start getting snow in November,” Tazookeeper recounted. But the neighbor not only didn’t listen to the author’s advice, he kept requesting that he take care of his lawn and driveway, depending on the season.

Read on below to see how the whole situation evolved, and don’t forget to share your thoughts in the comments! 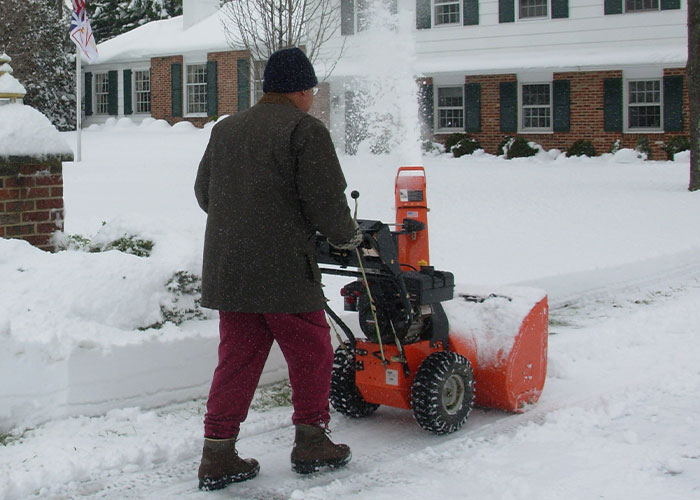 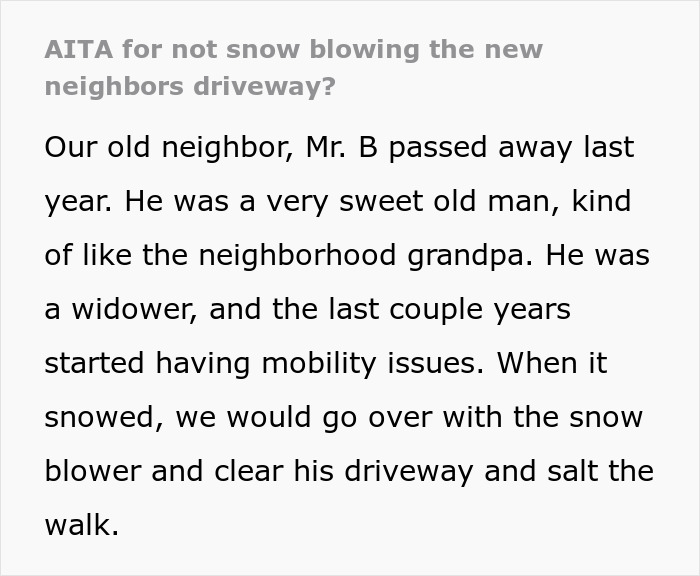 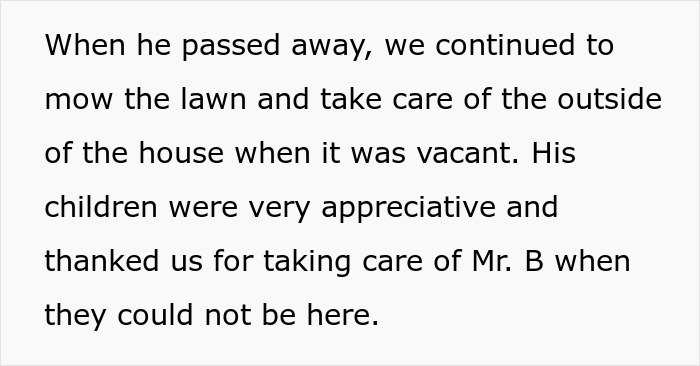 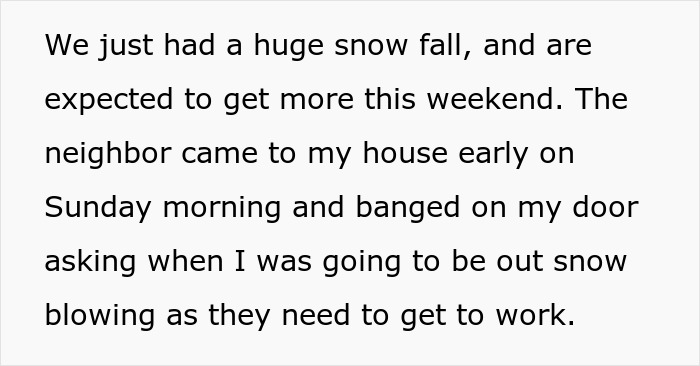 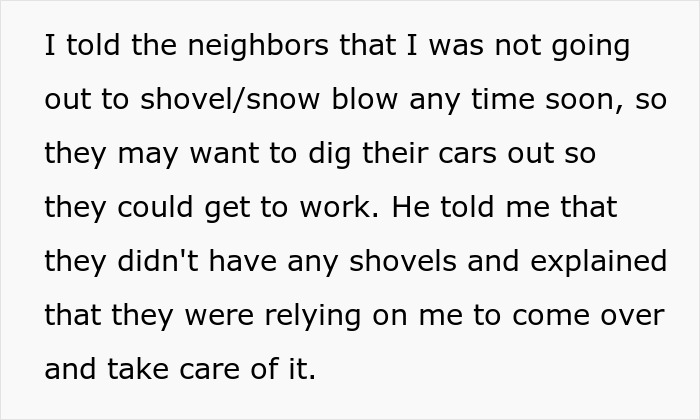 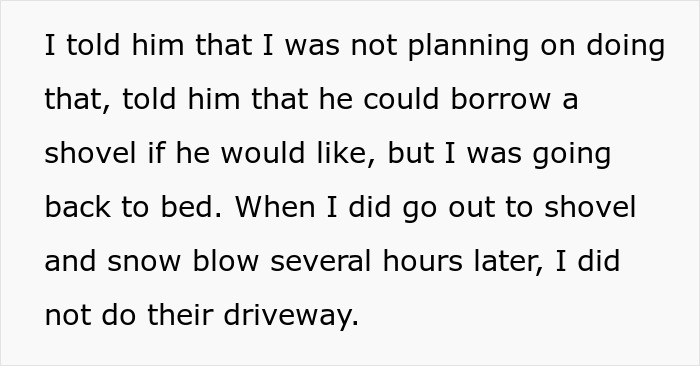 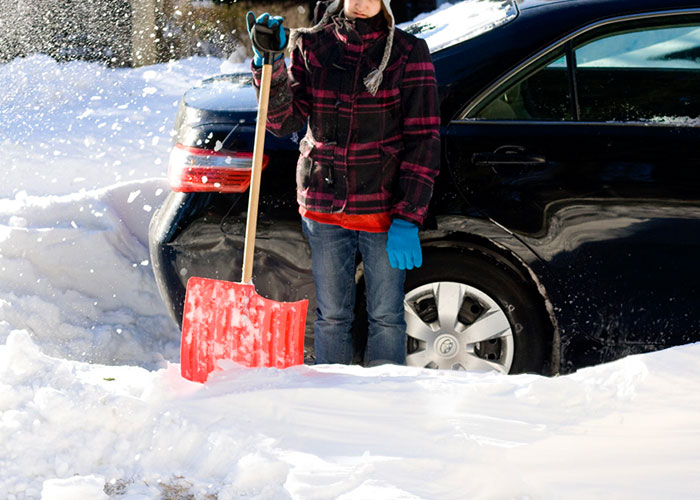 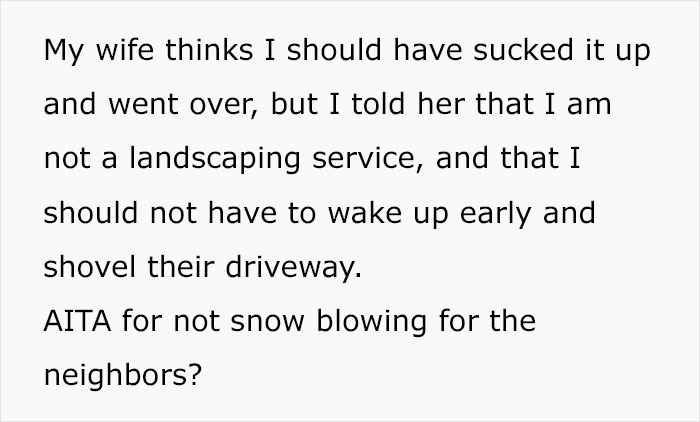 While doing an occasional favor and shoveling our neighbors’ snow is an act of goodness we should all practice more, it doesn’t mean we have to do that. After all, the burdens and costs of winter upkeep are generally dictated by state laws, and more often than not, it goes to the property owner.

Bruce Mohr, senior investment advisor and credit consultant at Fair Credit, argues that many states, including Massachusetts and Pennsylvania, make it clear that the property owner is responsible for snow removal and only has a certain amount of time to do so.

“Normally, the owner of a building, or place of business, that is adjacent to a public walkway or sidewalk is responsible for keeping the walkway free of snow and ice. These regulations set deadlines for when snow needs to be cleared, and breaking them will cost you money.”

Sometimes, it may come down to the homeowners’ association (HOA) who take care of the roads and sidewalks if they’ve already agreed to. “As far as fences go, whoever has the back of the fence facing their yard (the side with horizontal panels across the boards) is responsible for any repairs,” David Lewis, owner and financial expert at Monegenix, explained. 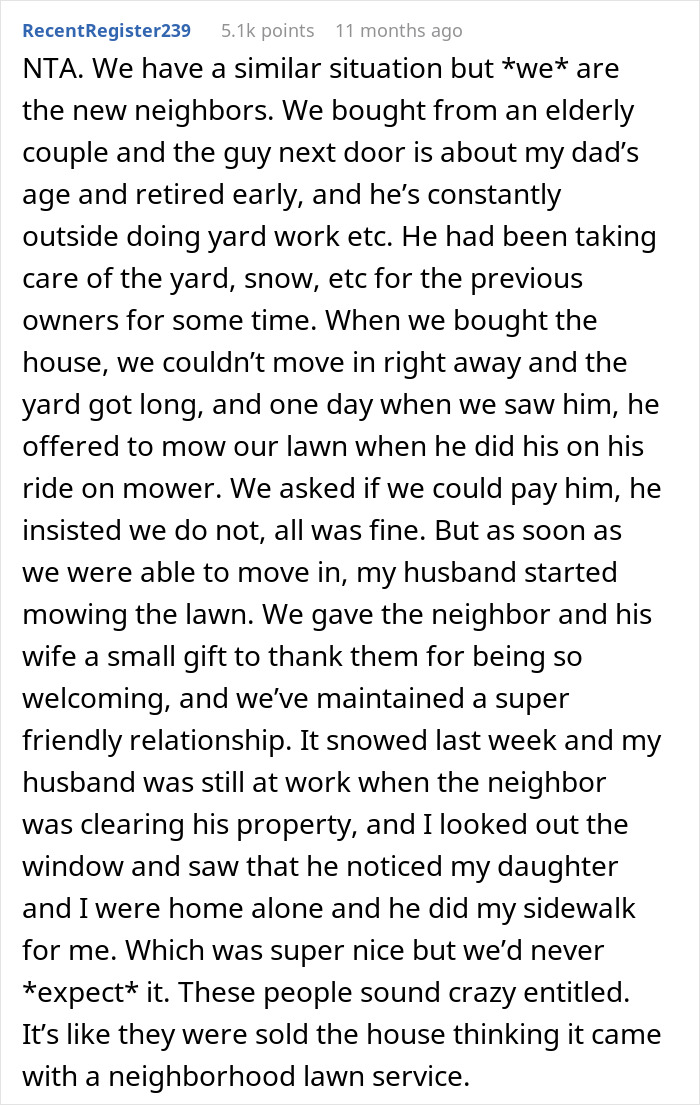 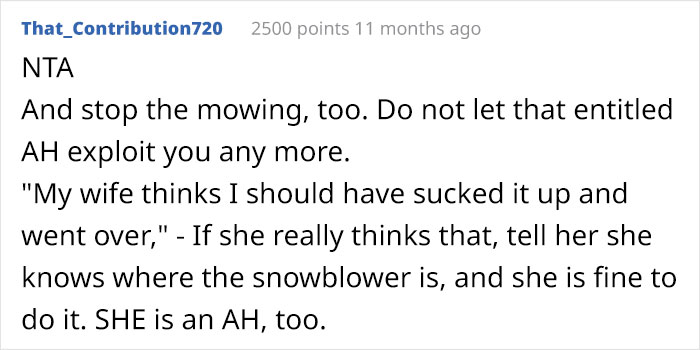 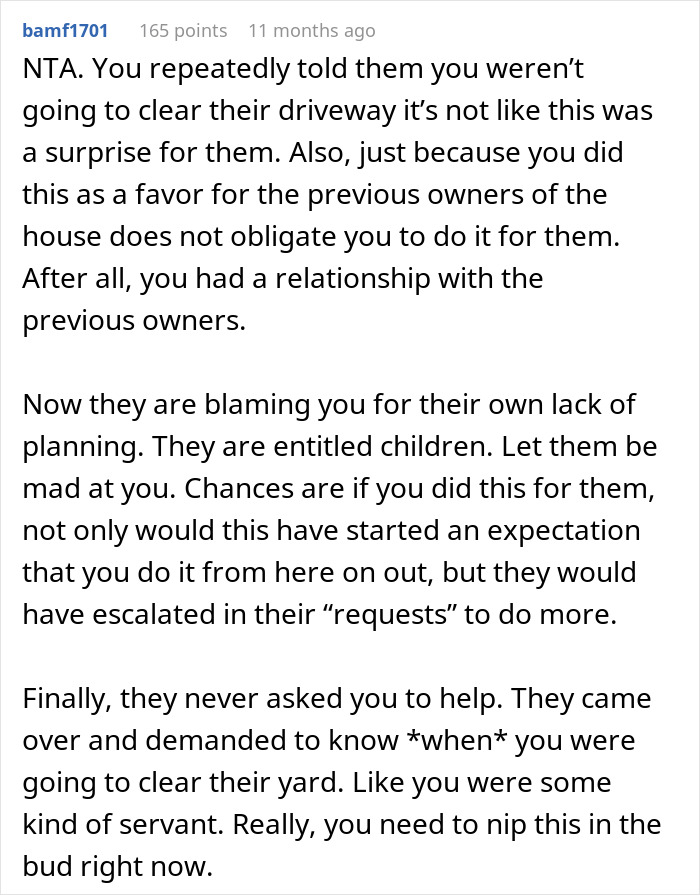 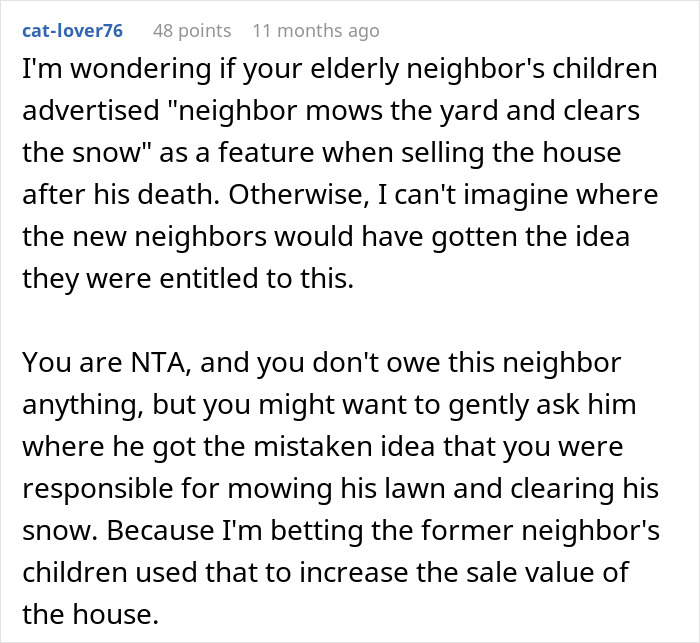 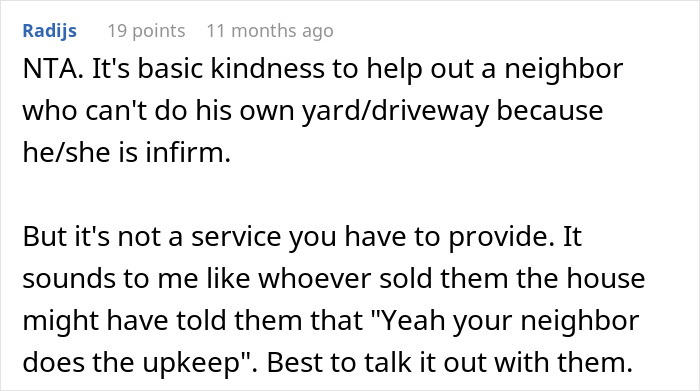 The post Entitled Newcomer Expects Neighbor To Shovel Their Driveway, Blames Him For Missing Work Due To Snow first appeared on Bored Panda.