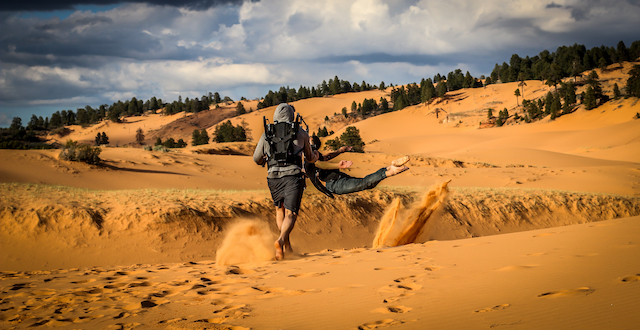 The author, on the shoot for ‘TRAVERSE’

As part of 50 States of Art, The Creators Project is inviting artists to contribute first-person accounts of what it is like to live and create in their communities. Alexander Lee is a Salt Lake City-based filmmaker, producer, and partner at TWIG Media Lab.

I live on the edge of Zion, with the artists, rebels, educators, and activists. If you don’t know Utah, you might think it’s pretty clear-cut: Mormons and non-Mormons, but not on the edge. The edge is where Mormon moms fight for their LGBTQ kids, where nature crusaders clash with politicians anxious to grab public lands, where artists stoke creative fires. It all happens here on the threshold of mountains and deserts, land that begs to be enjoyed, explored, and woven into the fabric of your work.

I am, for work and pleasure, a cinematographer. My brother and I run a small film production company in the Granary District of downtown Salt Lake City called TWIG Media Lab. Our studio is in a warehouse with visual artists, music studios, ring makers, and tattoo artists. As such, the work that often presents itself is video used to make their ideas, creations, and ambitions visual. Recently my work has focused on new emerging technologies in the world of film and design. I fly a lot of drones, take motion-controlled time-lapses with our robots, and have gotten pretty deep into the DIY worlds of 3D printing and VR.

With every project I utilize movement—of the camera, the light, of time. This is probably from my mom, who is the director of a children’s dance company. But I also use an engineering sensibility, involving innovative ways to shoot, likely from my Dad who was an engineer and occupational hygienist.

Of course we have our “formal” clients, but they are almost exclusively non-profits: the University, dance companies, the City Arts Council, Equality Utah. Because they usually can’t pay a lot, they allow us a great deal of creative input. The projects are rewarding: a film about a school district that didn’t support their gender non-conforming seven-year-old, a film about a program that teaches English and job training to immigrants. With each of these projects, my city gets smaller and smaller and those who are fighting the good fight become collaborators and allies.

On the edge of Zion, you’re allowed to imagine what’s possible. Many of my peers came from LDS (Latter Day Saints) backgrounds where there were fairly clear understandings of how life works. When they left the church, a new age of possibility was upon them. A lot of these young pioneers are part-time artists with day jobs that you wouldn’t expect. Take my buddy Cody Chamberlain, for example. If you met him in the desert, he would likely be wearing a ranger uniform, but if you wandered into his studio, you would find eight-foot-tall oil-on-aluminum paintings juxtaposing religious iconography with the desert’s secrets. That’s what creating art in SLC feels like… possibility. 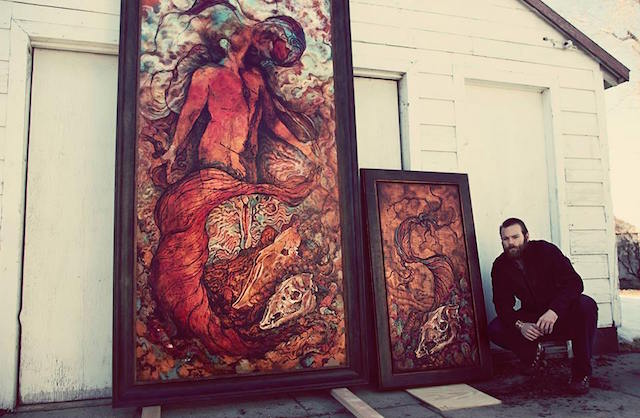 I recently traveled with three filmmakers, six dancers, and a choreographer on a weeklong trip around the state creating site-specific dance films. The project, called Traverse, was supported by a local foundation grant. That’s something that can be said about Utah, dating back all the way to the pioneers, there is a legacy of supporting the arts. The project is currently being assembled by six editors. In a couple of months we will roll up our warehouse door and invite all our friends and collaborators to a screening.

That’s me in SLC, small lake city, here on the edge of Zion.

To learn more about Alexander Lee and TWIG Media Lab, check out their website.

Essay: New Mexico Is a Haven for Indigenous and Xicano Artists | #50StatesofArt