Asking for a pay raise may be really stressful, but sometimes, you just feel like you deserve it. And although many companies will do all they can to make their best employees motivated, productive and happy, meaning the wage increase is a no brainer, some choose to blatantly ignore their workers’ needs. And regret it later.

This is what happened when one Redditor, W12ZY, rightfully requested a raise because “due to high turnover, nobody else can do the work I do.” The company refused and said “if I want more money then I need to work more hours.” So the Redditor has had enough: “Today I didn’t go in and now they’re calling me in a panic because they can’t run properly without me there.”

In 20 minutes since W12ZY posted their story on the Antiwork subreddit, she received 12 calls from her boss desperately trying to reach her. Read the full story below and share your thoughts in the comments below! 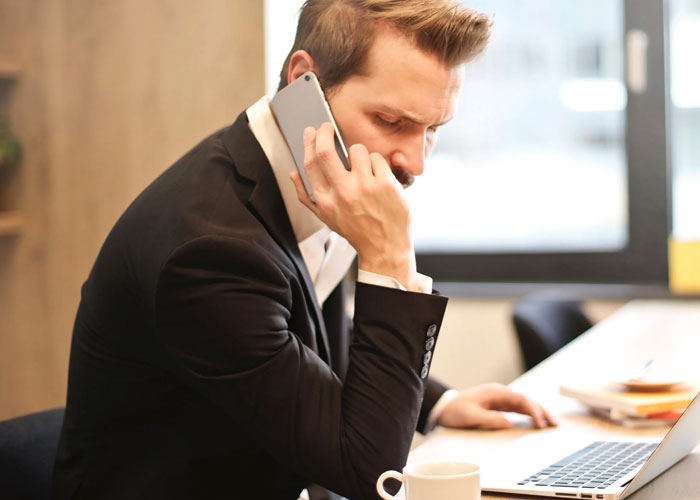 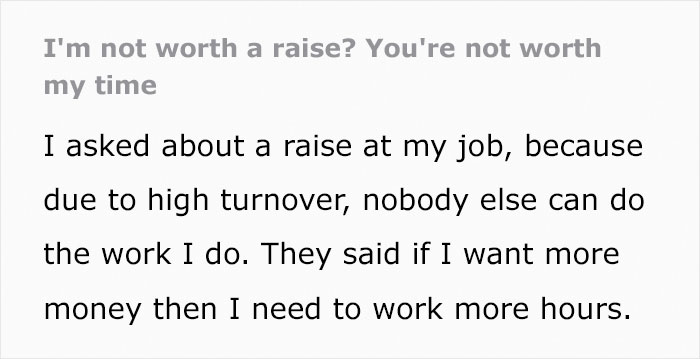 According to the Society for Human Resource Management, salary increase budgets at U.S. companies are slow to grow overall, with the average annual increase coming in at around 3% to 3.2%. This, however, doesn’t play to their advantage because the top reason workers quit their job for new ones is so they can make more money, suggests this PayScale survey. In fact, 25% of respondents said higher pay was the reason they sought a new job, followed by 16% who said it was because they were unhappy at their current organization.

Later, the author added some updates on the whole situation and it seemed like the company was really desperate to get them back at work

“The search for more pay is a very strong driver for employees who are considering leaving, but the most interesting part of our research shows that once employees decide to leave, they also want a more fulfilling job,” the PayScale Chief Economist Katie Bardaro explained the survey’s findings. “So, for employers looking to retain and attract the best talent, they not only need to get pay right but must also demonstrate to employees how they will provide them with work that is ultimately meaningful.” 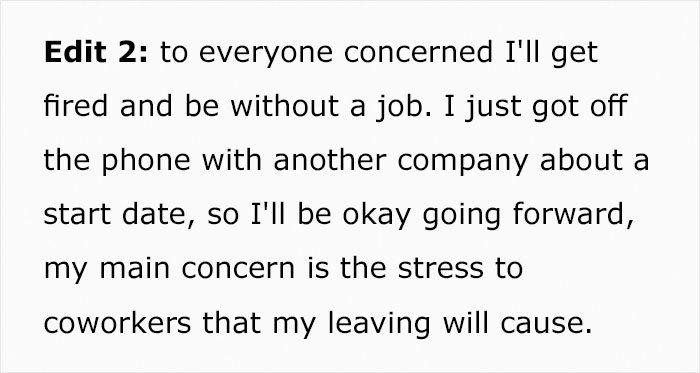 No wonder 2021 has become the time of the “Great Resignation” as 55% of American workers say they’ve had direct colleagues voluntarily leave their organization within the past 6 months. An equal percent, 55%, wondered if their pay is enough since their colleagues left.

The Society for Human Resource Management (SHRM) released data that also showed that organizations have seen more employees departing than ever before. Nearly half, 49% of U.S. executives surveyed, reported that their organization had experienced much higher turnover than usual in the past six months. At the same time, the positions were open for longer as a whopping 84% of executives said they were unfulfilled for longer periods than before the COVID-19 pandemic.

And this is what people had to say about this incident 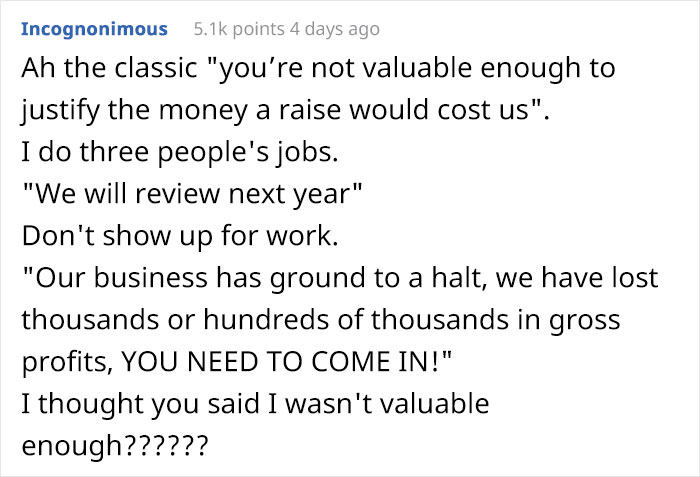 The post Essential Employee Requests A Raise, Company Refuses So They Quit And Cause Panic first appeared on Bored Panda.