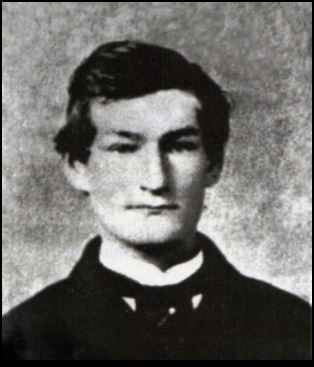 Meet Eugene Blair, one of Well Fargo’s bravest coach guards…he never backed down from a challenge. Many would try to rob his coaches, but they quickly found he’d not only stand his ground and return fire…but track them down after they’d fled the scene.

Well heralded and recognized for his bravery, he was assigned riskier guard duties that would include sizable sums of money. With that, it attracted those who wanted to take it, including outlaws such as Gentleman Jack and the infamous “Big Jack” Davis. The outlaws found out the hard way Blair was not a man to be trifled with.

One route included guard duty to the outlaw Richard “Idaho Bill” Sloan, and when Blair heard his friends would try to free him, Eugene told Sloan, “Bill, I’ve heard that your friends are going to get you away from me between here and Carson if they can. Likely enough they will, but it’s fair to tell you that it’ll never do you any good, for I shall shoot you dead at the first break they make. It’s as well to have the matter understood between us.”

Blair garnered such a reputation that Wells Fargo decided his career should end, being singled out by name and fear that someone would kill him in revenge. That, coupled with poor health from riding the coaches in poor weather, saw him retire from the stagecoach messenger business.

He married, had a child, but a wagon accident and consumption took its toll on Eugene. He died June in 1884 at the age of 37. Wells Fargo paid for Blair’s funeral and had a tombstone erected on his grave in the Old Auburn Cemetery, California.

“I have no regret for killing or maiming a highwayman, but I should never forgive myself for firing on an innocent man.” 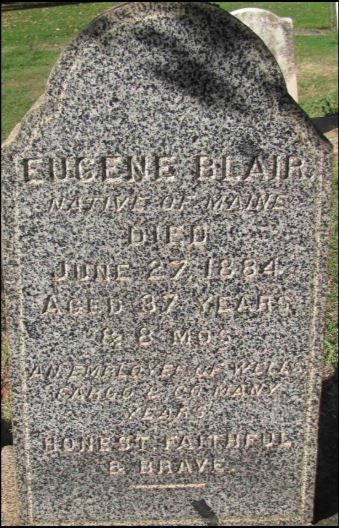