If a movie’s props spoke to its plot and personality, what would they all look like? This is one of the questions that Jordan Bolton poses when he creates his movie poster series, Objects. His previous posters have included the props and character belongings from cinephile staples like Pulp Fiction, Breakfast at Tiffany’s, and Her.

His recent works apply the unique aesthetic to the films of famed perfectionist, Hayao Miyazaki. The animation legend known for including strong female protagonists in his works displays his signature directorial style to his movies Spirited Away and Princess of Mononoke. Bolton gathered the many props of Miyazaki’s work into static assemblages that reflect the mood of each cinema subject. Including tiny artifacts like molded chopsticks, shoes, and the haunting “no face” mask, the artist constructs around 100 different objects for each composition, placing each item on a sheet of A2 paper.

Every Objects poster is filled with not only visuals that are recognizable, but items that are players in the movie’s narrative. Bolton describes these background objects as “ones that [have] been included by the set designers not to get the audience’s attention but to provide them with an atmosphere and color palette while not detracting from the characters.” 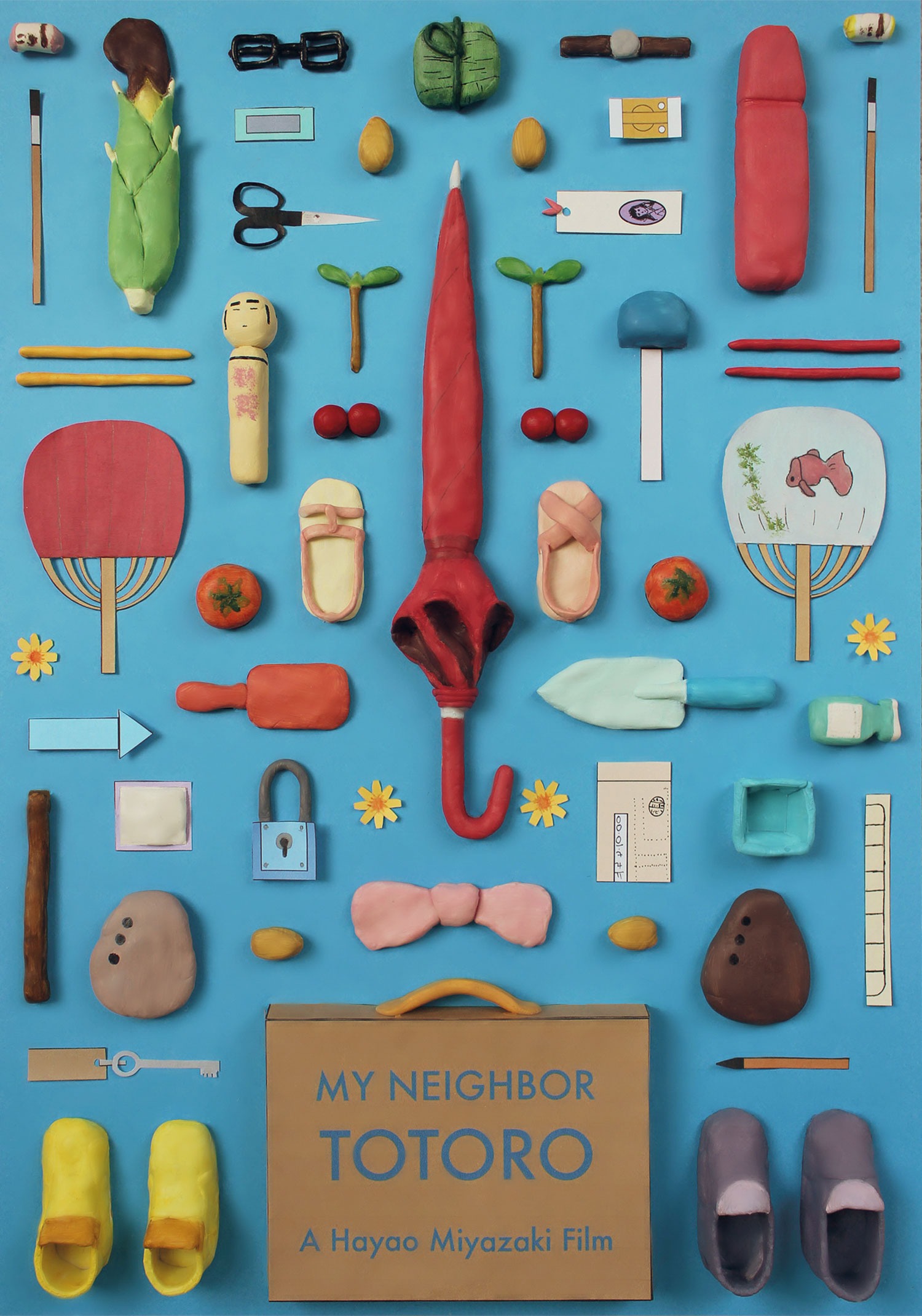 When applying his dense poster designs to the My Neighbor Totoro creator’s œuvre, Bolton considered what made each of Miyazaki’s masterpieces particularly distinctive. He says, “When I started making the Objects poster series, I would make each poster life-size, which would mean either making or buying objects. However, when I was thinking about films with interesting objects and color palettes I would always think about the films of Studio Ghibli and Hayao Miyazaki, but as they were animations I didn’t think doing them life-size would make sense, which led me to making my newest posters in miniature, a technique I had learnt while making my Room posters.” 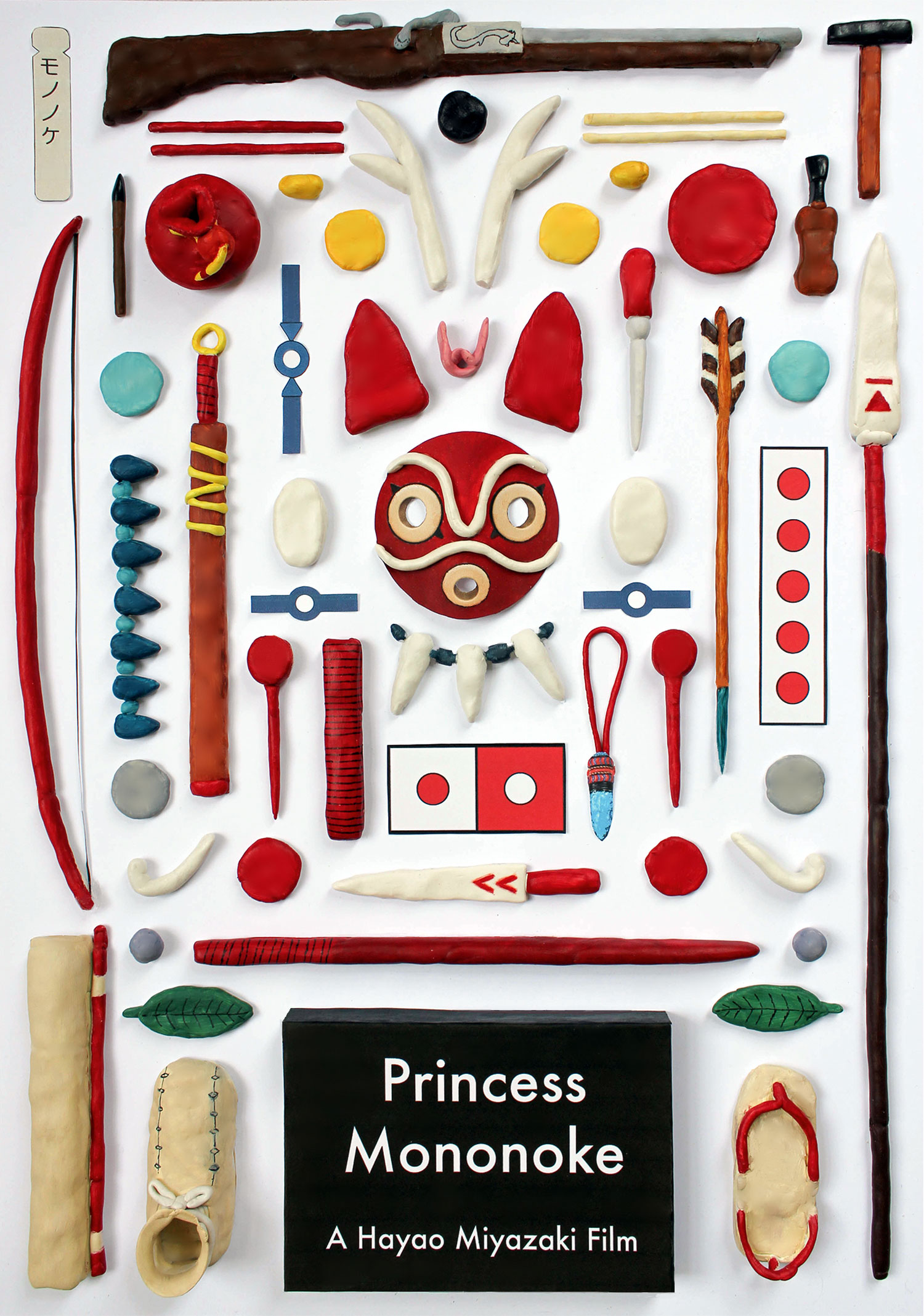 “When I used to make them in life-size,” Bolton explains, “I would never be able to see the entire poster at once, so it was a lot of moving something, climbing a ladder, taking a photo, until I found something which worked. Whereas now, I’m doing them in miniature, and I am able to see the entire poster while I make the arrangement, which has led to a much better control of the overall design.” 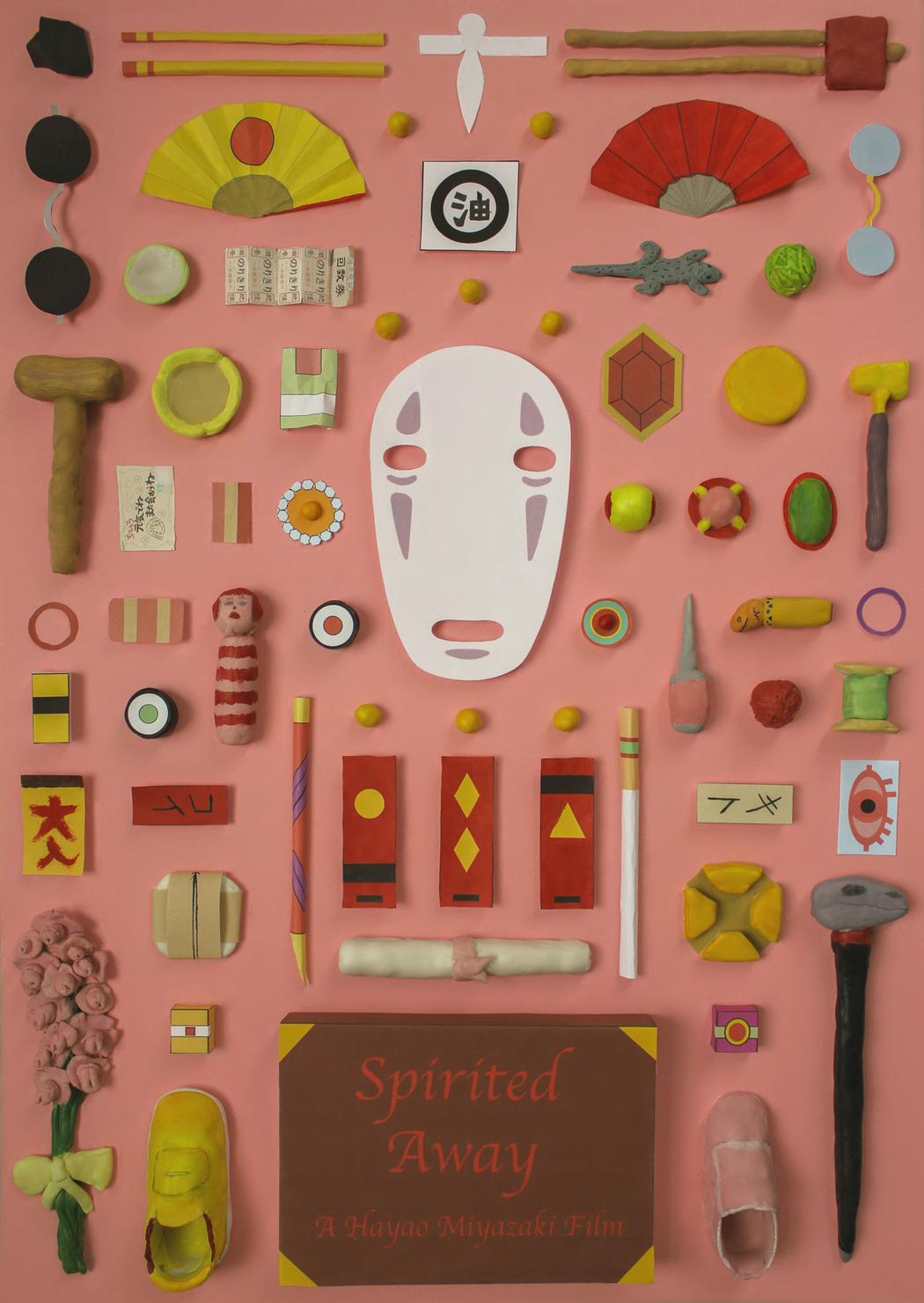 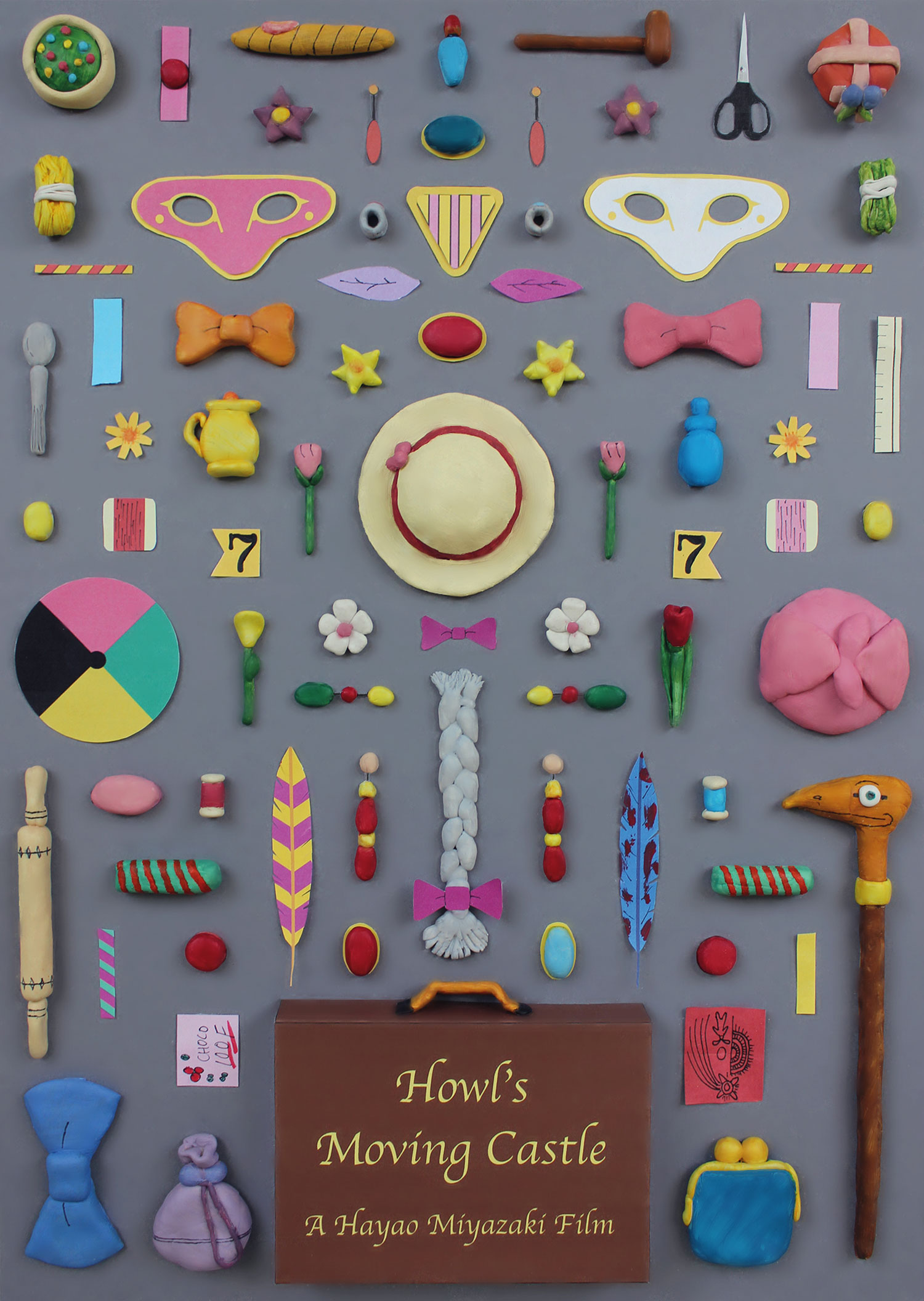 See more work from Jordan Bolton his Etsy page and his Instagram.

A Miyazaki Masterpiece Gets Remixed into an 8-Bit Video Game