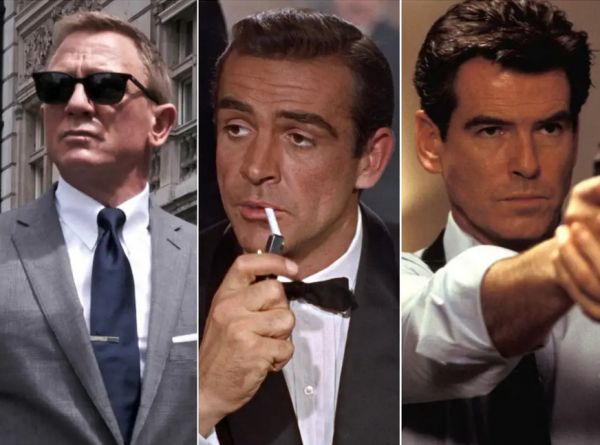 The movie No Time to Die is opening nationwide on October 8. It will be the final installment of the James Bond franchise with Daniel Craig as agent 007. Six actors have played the role so far, not counting David Niven in the 1967 non-canon spoof Casino Royale. Who has been the best Bond? That’s all a matter of opinion. Someone said the best Bond is the one that was around when you were 13. That may be true, because I was gripped as a child by the adventures of Sean Connery, then as a teenager I enjoyed the humor of Roger Moore. The movies of the ’70s were so over-the-top because of the ridiculous notion that movies could continue to be released with the same characters, tropes, and basic plots for years on end. It was a different time.

Each Bond is also a product of their time. Connery was a hero when the Cold War was hot. Moore came along when the sheer length of that Cold War gave us all a case of nihilism. And I’ve heard that Daniel Craig is a serious Bond for a serious time.

You might guess that George Lazenby ranked at the bottom, and you’d be right. He only lasted for one film. I haven’t seen any of the more recent Bonds, so I have no real problem with the list, but you might. Check it out at Insider, and let us know what you think. -via Fark