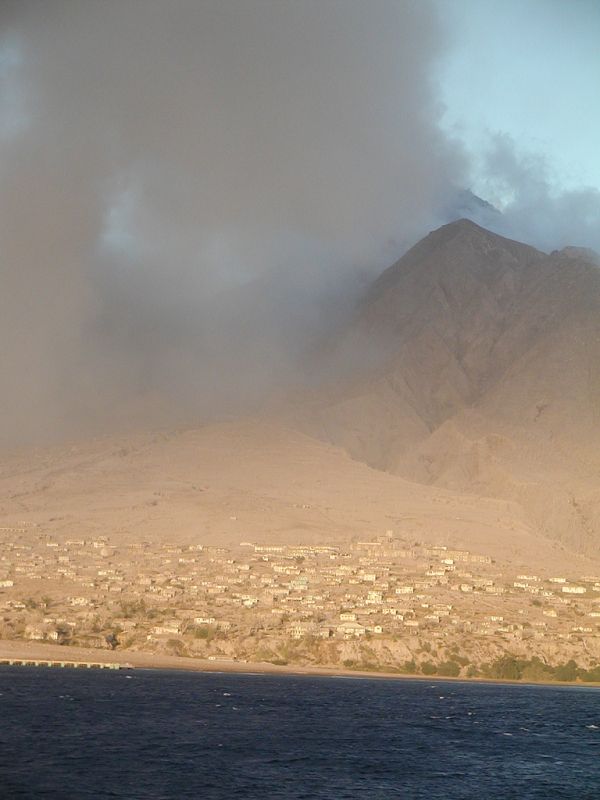 The Soufriere Hills Volcano on the island of Montserrat erupted in 1997. At first, the eruption was slow but unstoppable. Over several months, pyroclastic flows sent rock, ash, and gasses down the mountain. Parts of the island were evacuated, but life went on elsewhere. Then on June 25, a huge plume of ash engulfed Montserrat. Nineteen people died in the first 24 hours.

Mandatory evacuation orders went up. Survivors scrambled to gather belongings. They fled on foot and in cars. In the tumult, beloved animals became the unthinkable: afterthoughts. Even those who had the wherewithal to consider rescuing their animals had almost no options. More than two-thirds of the island had been rendered uninhabitable by the flows. A relatively small area in the north was available for evacuees and its shelters prohibited animals. Attempting to take a pet overseas would be daunting and costly.

Residents set dogs and cats loose in the streets in last ditch attempts to save them. They freed cows and donkeys in the fields. Then they fled to the crowded schools and churches and tents in the north, where food and supplies would soon run low; where Montserratians made do with cots and cook stoves and had little protection from lashing rains; where fading hope would turn to desperation. People who had remained in danger areas before the deadly events of June 25 or who had ventured back to care for animals now stayed away. The volcano was too dangerous, too unpredictable. There was no safety in its shadow.

Conditions worsened for weeks afterward. John Walsh heard about the plight of the animals left behind on Montserrat, and immediately went to work. It wasn’t easy. All efforts were going into evacuating the islanders, and no one wanted to take Walsh there, much less help him in his mission to save the animals. That is, except for Gerardo Huertas, a fellow volunteer with the World Society for the Protection of Animals. Together, the two men found the abandoned pets, set up a shelter, enlisted help, and arranged to evacuate the cats, dogs, and donkeys they found, all while lava and ash fell for months. Read the story of the animals of Montserrat at Medium. Bring a hankie. -via Digg