If you have ever had the pleasure of finding a place to rent, you know how stressful it can be. You call up a landlord, the place is all you’ve ever wanted, it’s there and waiting for you, but then in the next 5 minutes it’s gone to someone who was a millisecond quicker than you to send over the deposit. Then the search begins again.

The adrenaline rush that comes with it all cannot be understated, but the whole process is made many times harder for those with little children or pets, as landlords tend to not want them in their unkempt houses, with the boiler hanging off one measly screw and mold growing in each corner.

Thankfully, something is finally being done to combat both of those issues, with landlords being forced to maintain the homes they’re renting out and to allow those with pets to rent the properties without discrimination. Honestly, it’s a breath of fresh air.

Before we dive into the details, please make sure to leave your thoughts on the changes in the comments below and to upvote and follow the authorrr. Yes, the multiple ‘r’s’ were intentional; like a purrring cat that you’ll be able to have roaming around your rented properrrty.

‘The Renters’ Reform Bill’ will bring the biggest shakeup to the UK’s private rented sector in 30 years, with landlords being forced to allow tenants to have pets 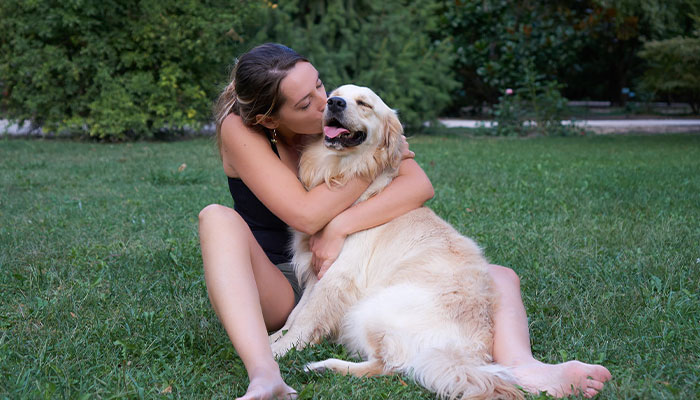 Landlords will soon be forced by law to allow tenants to keep pets in their rented homes. The change, part of ‘The Renters’ Reform Bill,’ is just the tip of the iceberg of what is thought to be the biggest shake-up of the private rented sector in 30 years.

A Government source told the Daily Mail: “Not only will our new deal for renters extend the decent homes standard to the private rented sector, we’ll also give tenants a legal right to have a pet if they wish.”

In addition to that, it will hold landlords accountable for the state the property is in, disallow ‘no-fault’ evictions, and end fixed-term tenancies 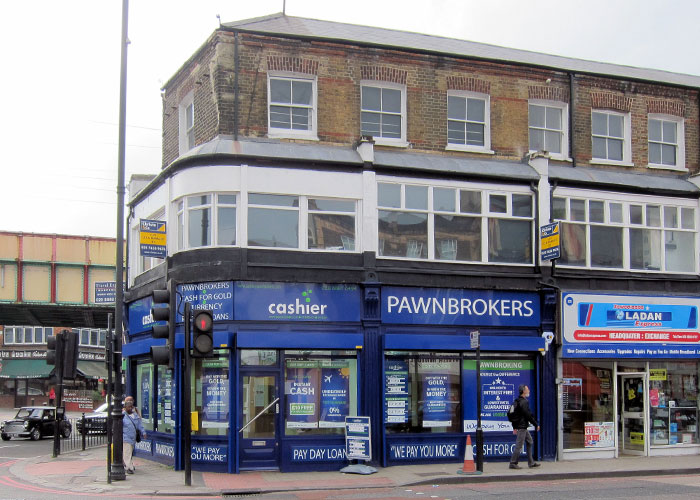 As part of the overhaul announced on June 16 by Housing Secretary Michael Gove, fixed-term tenancies are to be outlawed and replaced with open-ended agreements so renters will only have to move when there is a good reason to.

In addition to that, the so-called ‘no fault’ Section 21 evictions, which allow the removal of tenants without reason, are also set to be abolished. Lastly, landlords will be forced to refund rent if they do not keep homes in an acceptable condition.

At present, as reported by Daily Mail, a fifth of the properties people are renting are deemed unfit to live in. Social housing standards will be extended to private rentals to stop people living in damp, unsafe and cold homes. But there will also be measures to help responsible landlords gain possession of their properties from anti-social tenants.

Only 5-7% of landlords advertised as ‘pet-friendly’ in 2021, when the number of private renters was 4.43 million 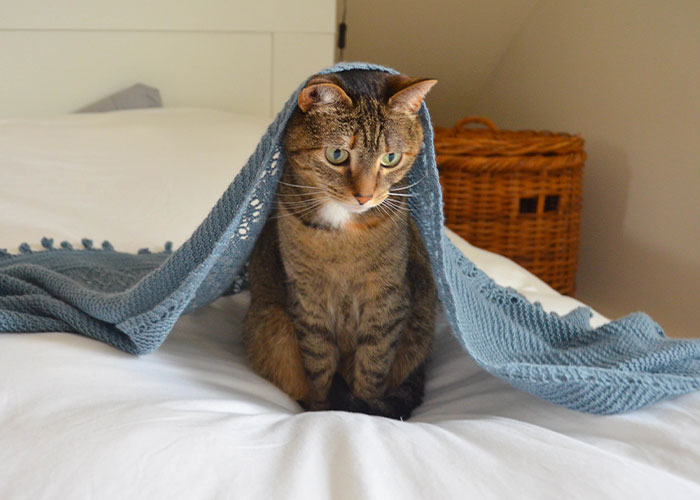 The benefits of owning pets are many and well known. From stress reduction to companionship, making the very lonesome and frequent spending of your time curled up in bed, watching some Netflix show while debating the passing time and an eventual end of days that much more bearable.

So why is it that private renters, which made up 4.43 million people in 2021 in the UK, could not have pets in their homes until now?

Pets Lets note that the main issue with pets is ‘mythical.’ They say: “There is this notion, that dogs and cats run around chewing and clawing furniture and are totally destructive. […] What right does a landlord or freeholder have to demand you not live with your ‘fur babies’. With 50% of the UK population owning a pet, this is very short sighted of landlords.” 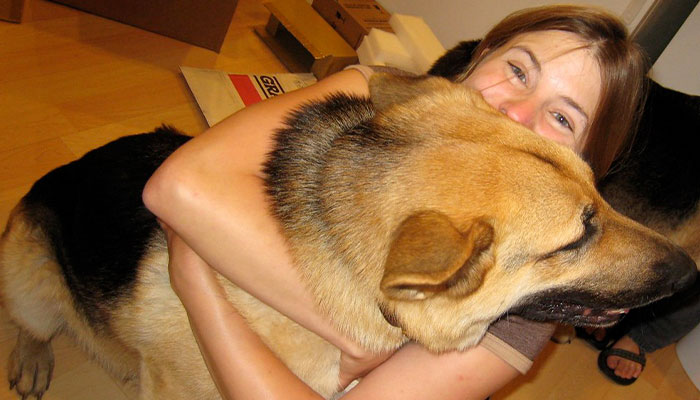 A survey found that 38% of people with pets “did not feel comfortable asking their landlord for permission,” with one third struggling to find a property to rent 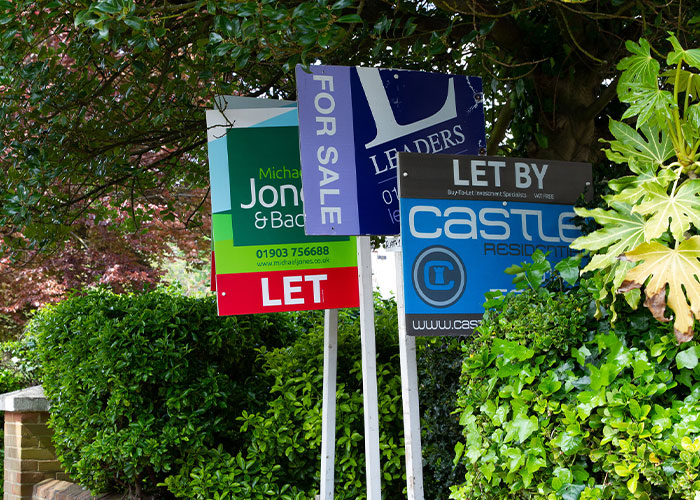 And yet the issue stands strong. As explained by Dogs Today Magazine, a survey found that 38 percent of people “did not feel comfortable asking their landlord for permission to keep a pet,” and almost one third experienced difficulty finding a property to rent as a pet owner.

Almost one in five pet owners said that they have considered giving up their pet in order to find somewhere to live. As a result, too many pet owners face the very real risk of having to choose between their pets and a roof over their head whenever they need to find rented accommodation.

Only 5-7 percent of landlords advertised their properties as pet friendly in 2021, with many putting the issue down to the ‘higher maintenance costs’ animals bring with them. The Cats Protection charity has been campaigning for these rules to be changed, believing there were over a million households who wanted to own a cat but could not because they rent. 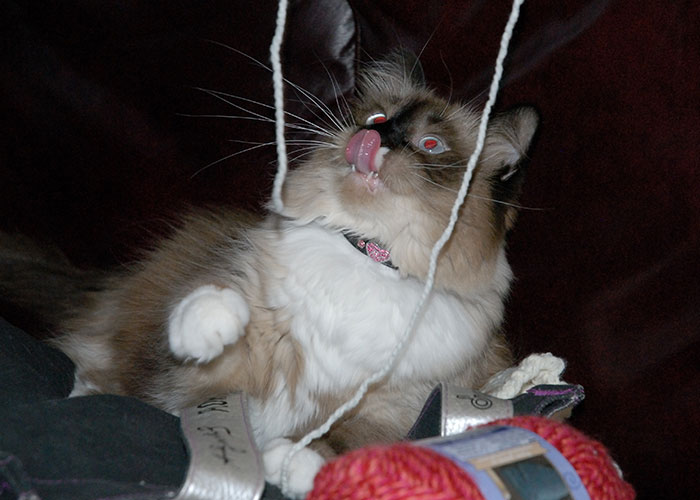 He said: “Sadly, pet owners who move into rented accommodation face the reality that their family could be torn apart, because most landlords in Britain have unnecessary bans or restrictions on pets ownership.”

It is hoped that the Bill will prevent landlords from having blanket bans on pets, children, or those on benefits 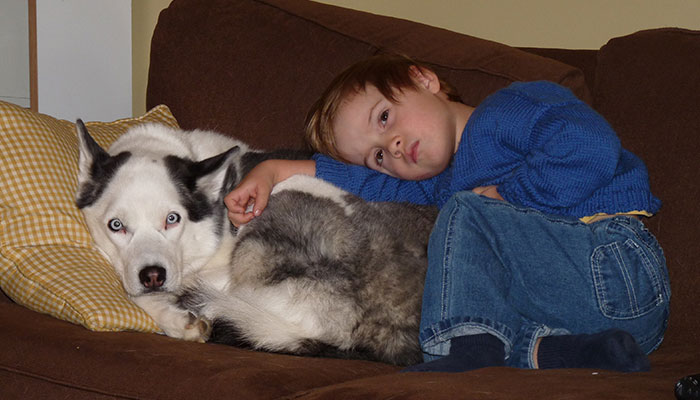 Considering this, the government source said that “would-be pet owners are being unfairly deprived of the company and companionship of an animal by their landlords – so we’ll change the law to end this unfairness.”

Thus, according to the Telegraph, the Renters’ Reform Bill will be a welcome major shakeup on allowing landlords to have blanket bans on pets, children or those on benefits. 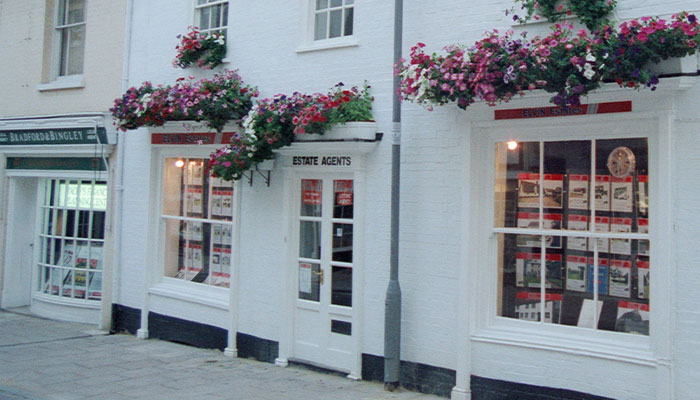 Property owners will need to have a good reason to refuse permission for a tenant to have an animal in their home. In instances when they do say no, tenants will get the power to challenge their decision.

However, Michael Gove will also aim to give landlords the power to request insurance to cover any potential damage caused by pets. 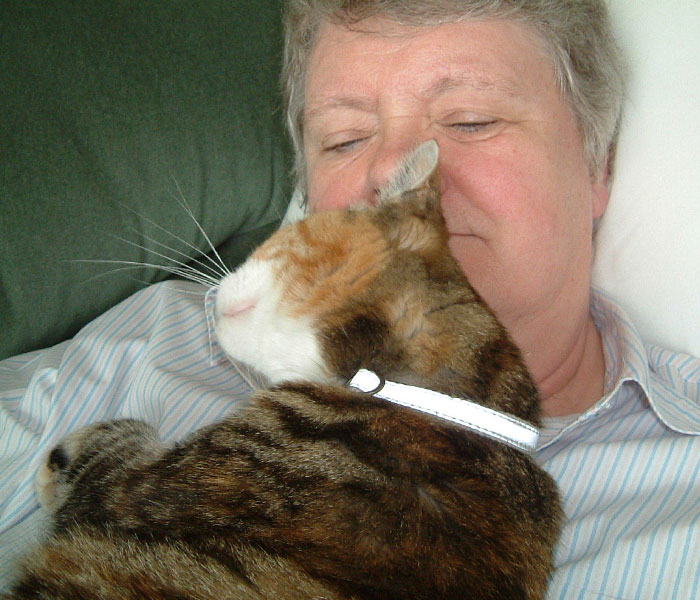 The National Residential Landlords Association (NRLA) claims that the insurance would help protect landlords, with Chris Norris saying: “Our biggest concern has always been that the law, as it currently stands, prevents landlords requiring insurance to cover the significant risk of pets creating damage to a property. We welcome reports that the Government has listened and responded positively to our concerns.” 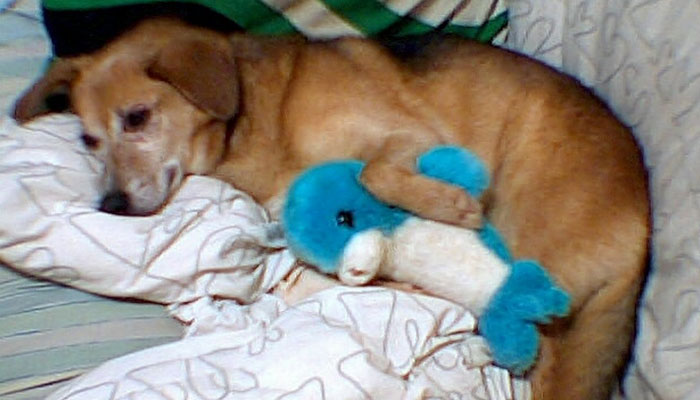 Image credits: Thirteen Of Clubs (not the actual photo) 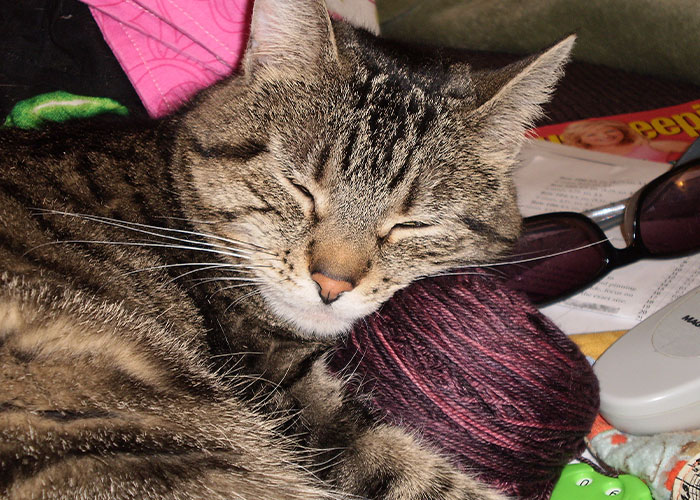 Mr Norris also noted that a ‘common-sense approach’ is needed when taking into account what sort of housing conditions are suitable for a pet. He said: “In shared homes the rights of those to have a pet need to be balanced with the rights of fellow tenants who might have concerns, especially those with certain allergies.”

Considering the housing crisis being observed, this will help bring up the quality of life of those who are forced to pay, as reported by The Guardian, 8.3% more in rent, the steepest price rise in 13 years. Demand for rental homes took off in the new year, with the number of people searching for a property being 76% higher than during the same period between 2018 and 2021. 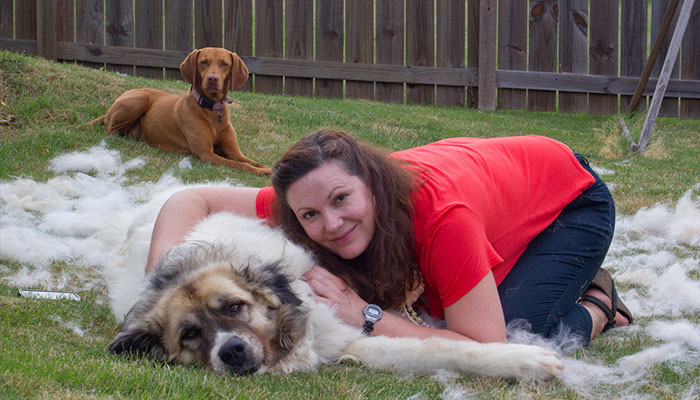 It seems to be the first major step in the right direction, towards more inclusivity and better quality of life 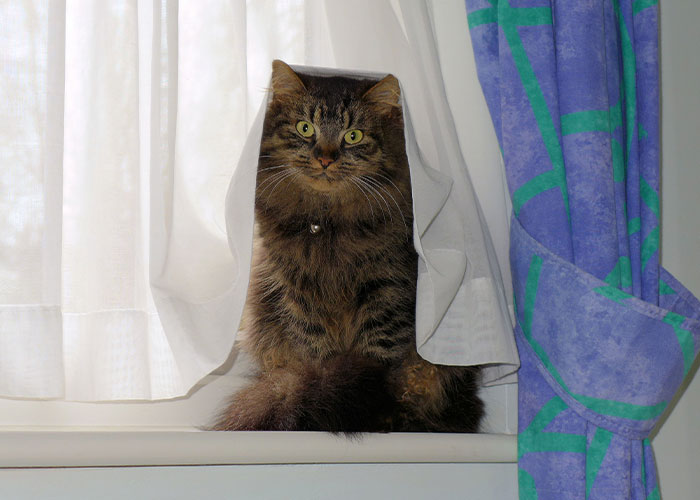 Higher demand has not been matched by an increase in supply as 39% fewer homes were available on the rental market in January compared with typical levels seen at the start of the year. The lack of available properties has pushed the cost of renting higher and created intense competition for rental homes. 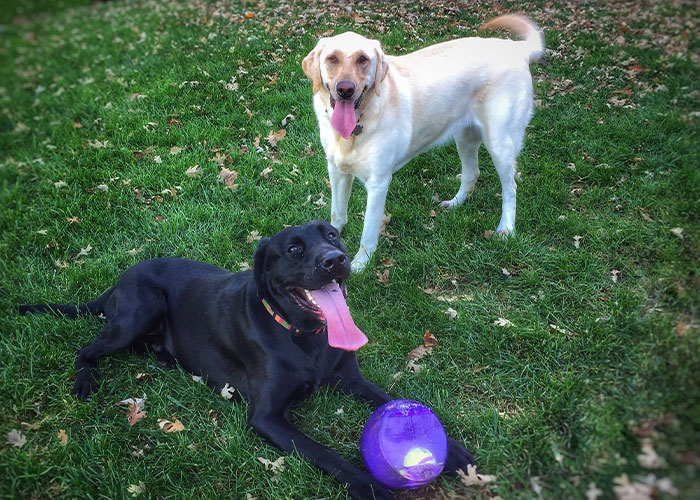 We can’t wait too see where this bill goes and how it gets fulfilled; maybe it’ll inspire change in more countries 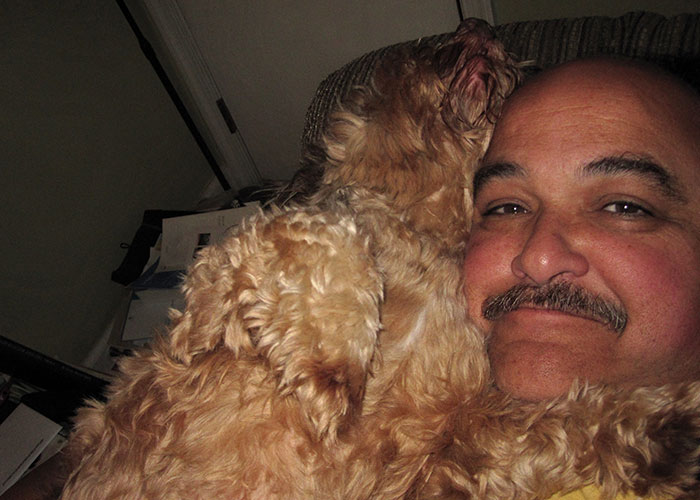 It seems to be the first major step in the right direction, towards more inclusivity and better quality of life. While there’s still a long way to go and the rise in prices continues to make living more difficult, at least we’ll be able to hold our companion animals next to us while the world burns.

All those that are non-UK based, are you jealous? Would you want the same laws to be implemented everywhere? Let us know your thoughts in the comments below!

People have praised this step and many are rejoicing in the change. Let us know your thoughts in the comments! 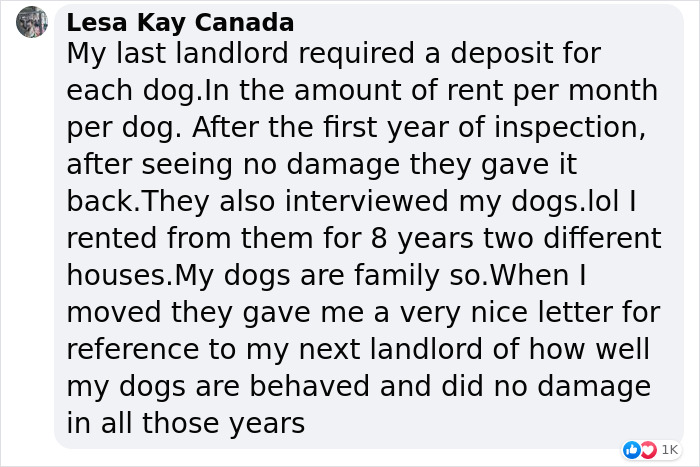 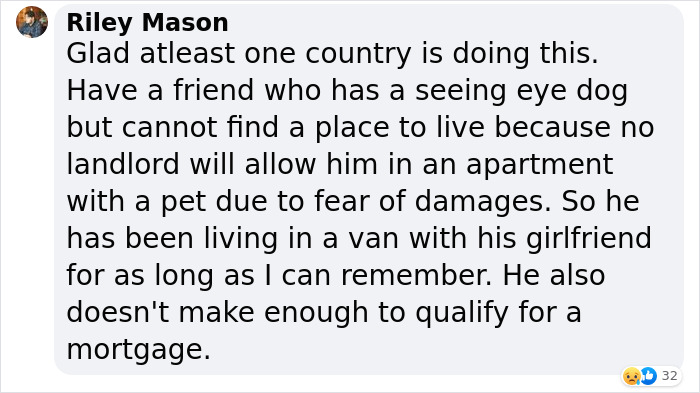 The post Every Private Tenant In UK To Get Legal Right To Keep A Pet In “Biggest Shake-Up Of The Private Rented Sector In 30 Years” first appeared on Bored Panda.