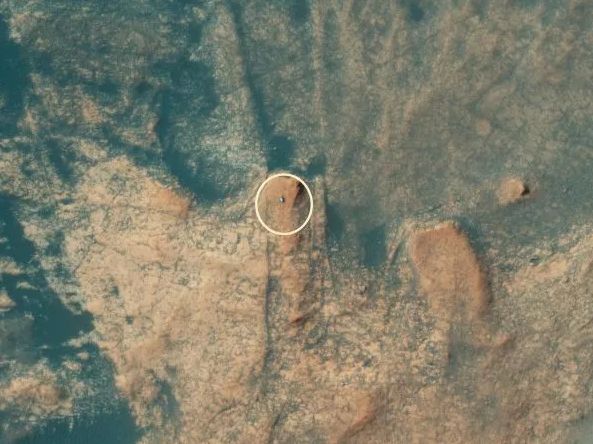 A new NASA study has concluded that evidence for ancient Martians may have been scrubbed from the planet. Thanks to the agency’s Curiosity rover, experts have found a former lake that was made when an asteroid struck the planet billions of years ago. The clay around the lake is excellent for storing microbial fossils! However, upon examination of the samples taken by the rover, researchers found that one patch contained only half the expected amount of clay minerals, but held a great amount of iron oxides (which give Mars its reddish hue):

The team believes the culprit behind this geological disappearing act is brine: supersalty water that leaked into the mineral-rich clay layers and destabilized them, flushing them away and wiping patches of both the geological — and possibly even the biological — record clean.

“We used to think that once these layers of clay minerals formed at the bottom of the lake in Gale Crater, they stayed that way, preserving the moment in time they formed for billions of years,” study lead author Tom Bristow, a researcher at NASA’s Ames Research Center in Mountain View, California,said in a statement. “But later brines broke down these clay minerals in some places — essentially resetting the rock record.”