More than a few viewers have been puzzled by Team U.S.A.’s speedskating outfits. They seem to be designed purely to draw one’s eye towards their junk: 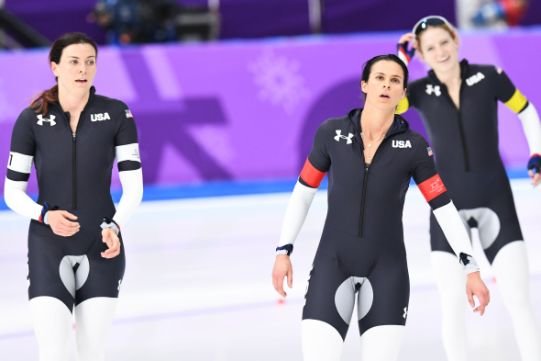 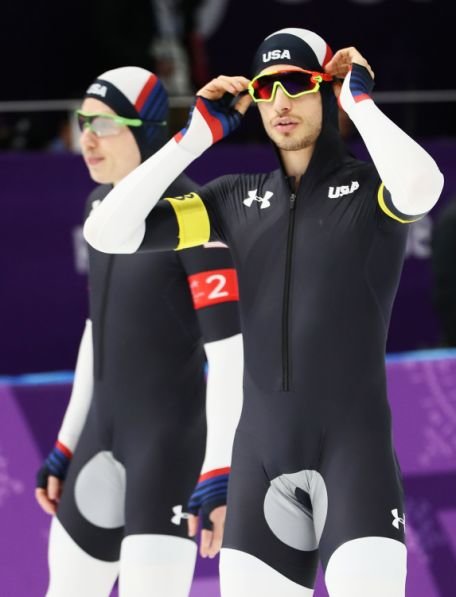 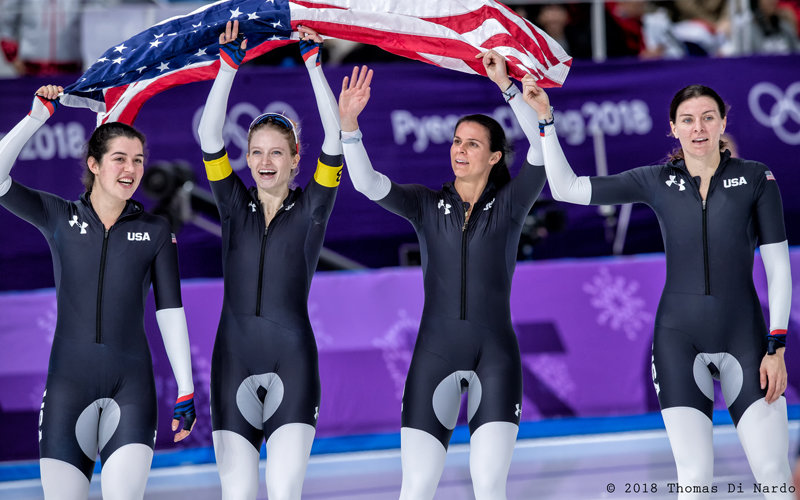 The speed skating events are a terrific show but the @TeamUSA uniforms are terrible. What is with the crotch patch? #Olympics2018 pic.twitter.com/xm1TztsXAV

Uniform designer 1: Our new uniforms need to reflect the elegant and strong aesthetic of speed skating.

Uniform designer 2: And highlight the crotch.

The uniforms were designed by Under Armour, and InStyle asked them about the crotch bling. Here’s UA’s statement:

“The contrasting material in the inner thigh (friction guards) has been commonplace for speed skate skins for decades, to reduce friction. The 2014 UA skin had one panel instead of two, but in testing the new skin, the addition of a second panel reduced friction even more—by 60 percent.” 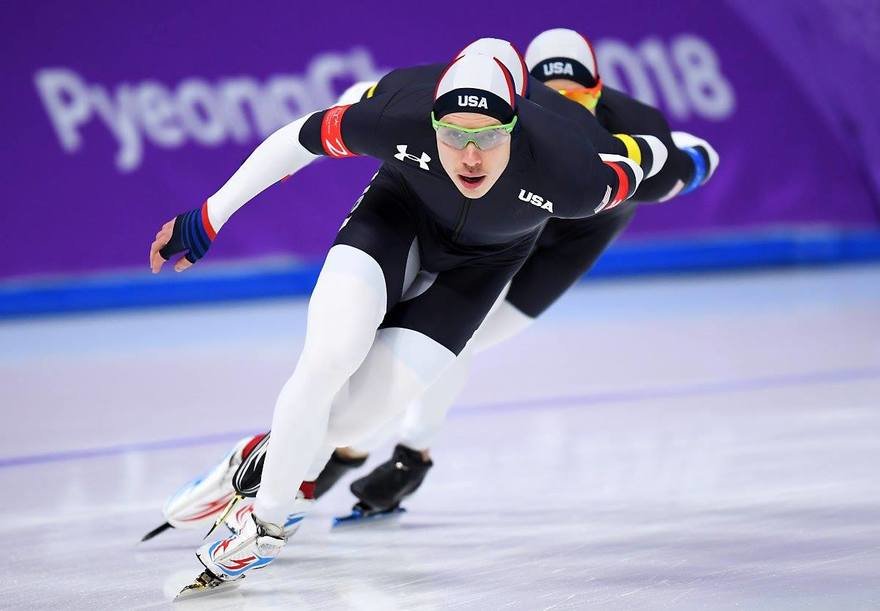 Okay, but why not make the inner thigh panel the same freaking color as the rest of the outfit?

“We tested a multitude of friction guard materials to find the material that reduces friction the most. Altering the color or using a material that comes in a different color would have rendered it considerably less effective. The athletes love the look of the skins and how they perform and are getting compliments from other countries.”

I’d have thought that they could simply make the entire suit silver, but presumably each nation’s predominant uniform colors are pre-agreed-upon to avoid on-rink confusion.

Still, when we look at other countries’ thigh panels that are a different color…

…they don’t appear to be quite as prominent, nor do they extend as far north as the American uniforms. 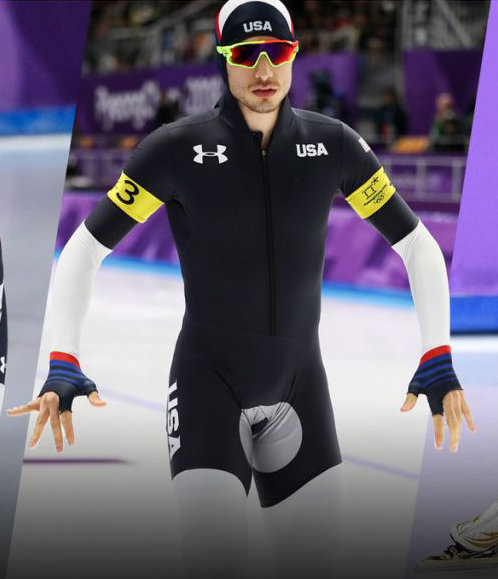 I understand function over aesthetics, but I can’t help thinking “Who designed these, Borat?”