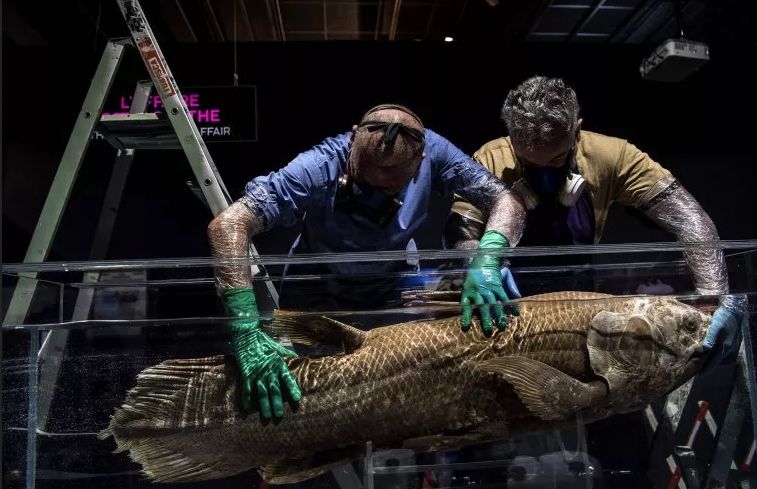 A good surprise, right? Shark hunters in South Africa have discovered a population of a fish species that was believed to be extinct. Known as the ancient ‘four-legged fossil fish,’ these coelacanths were alive and well off the coast of Madagascar. So how did the hunters find them? Because they were chasing sharks for their fins, oil, and other lucrative parts,  their deep-sea nets were able to reach the area where the coelacanths gathered:

The species, which dates back 420 million years, was thought to have been extinct until 1938, when the first living coelacanth in recent memory was discovered off the South African Coast, Mongabay News reported. Scientists were shocked to find a member of the “Latimeria chalumnae” species still alive, with its eight fins, a specific spotting pattern on the scales and huge bodies.

A recent study in the SA Journal of Science indicated that the coelacanths might face a new threat to survival with the uptick in shark hunting, which began booming in the 1980s.

“The jarifa gillnets used to catch sharks are a relatively new and more deadly innovation as they are large and can be set in deep water,” the researchers noted in their paper.

They fear that the coelacanths are now at risk for “exploitation,” particularly in Madagascar.

Image via the News Week

Study Shows Correlation Between Number of Confederate Monuments and Lynchings

The Sounds That Get Lost in the Shuffle