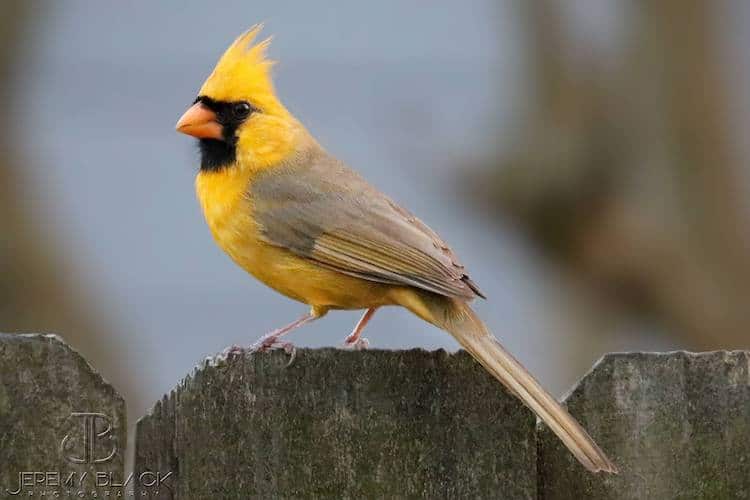 Avid birdwatcher Charlie Stephenson was looking at her backyard birdfeeder in late January when she saw something surprising, a yellow cardinal nibbling on some seeds. Having never seen a mustard-hued cardinal before, she took a video and posted it to Facebook. Quickly, she realized that her discovery was something special.

The Alabaster, Alabama local had a “one in a million” bird right in her backyard, as this was not an example of Gubernatrix cristata, an endangered yellow cardinal that lives in Central and South America, but rather a northern cardinal showing unique pigmentation. And the sighting wasn’t just a one-off. Stephenson shared with AL.com: “Every time we’ve looked for him, he’ll show up at least once that day.”

Professional photographer Jeremy Black, who is friends with Stephenson, came by to capture an image of the rare bird, and after several hours was rewarded with some incredible photographs. He’s returned several times, even photographing the yellow cardinal with a new friend, an injured red cardinal. “Both different in their own ways but just wanting to fit in they’ve made a bond and have been documented staying closely by each other for the past week,” Black shared on Facebook. 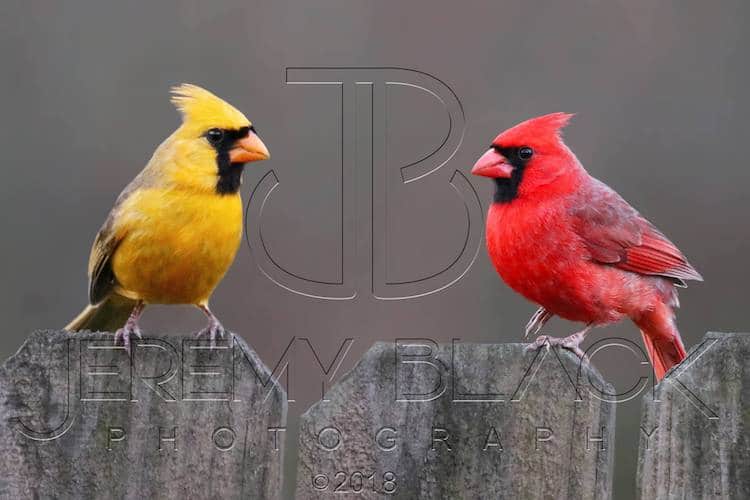 So what’s the cause behind this rare pigmentation? We’ve looked at leucism before, and albinism can be ruled out due to the bird’s coloration. There are several theories that could explain the yellow northern cardinal. One is a genetic defect known as xanthochroism, which causes red pigment to be replaced by yellow in some insects and birds. Geoffrey Hill, an ornithologist and expert on bird coloration from Auburn University subscribes to this theory, which could mean a difference in how food pigments are absorbed or a lack of the enzyme that converts yellow pigments in food to red pigment, which is what gives cardinals their typical hue.

“Songbirds like cardinals almost never consume red pigments; rather they consume abundant yellow pigments,” Hill explains to AL.com. “So, to be red, cardinals have to biochemically convert yellow pigments to red.”

An alternate theory proposed by Geoff LeBaron of the National Audubon Society cites the bird’s frayed crest and wings as signs of illness. Environmental stress or poor diet could also cause issues with the absorption of carotenoids—plant pigments that cause feathers to turn red, orange, and yellow—and how they are expressed. LeBaron wonders if the bird will still show the same coloration after molting, but the only way to know will be if it sticks around the area.

Whatever the cause, for the time being, the yellow cardinal seems happy in Stephenson’s yard, visiting frequently and blissfully unaware of the celebrity its golden feathers have kicked off.

A rare yellow cardinal has been spotted in Alabama, its coloration most likely due to a genetic mutation. 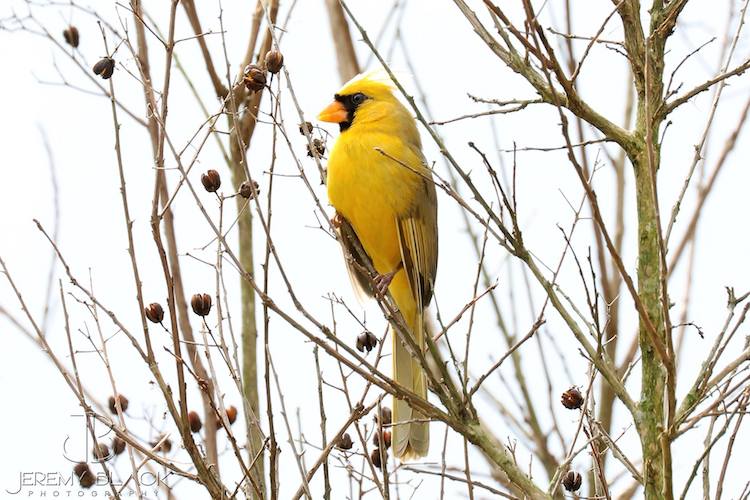 The rare bird was first spotted in the backyard of avid birdwatcher Charlie Stephenson, who posted footage online.

My Modern Met granted permission to use photos by Jeremy Black.