Always wear your seatbelt. Always! It sounds like a complete no-brainer—you put it on and that’s it—but some people still have a hard time doing what’s asked of them. In this case, it was a 21-year-old and a 24-year-old who were acting like a pair of teenagers.

Redditor Funsy_bob shared a long and engaging story on the legendary r/ChoosingBeggars subreddit about how they decided to help out a friend and drive their sons to the airport. The redditor went out of their way to do this right before the start of the workday. However, things turned sour when the passengers refused to wear their seatbelts.

Well, the redditor wasn’t having any of this. They weren’t about to risk everyone’s safety and their own license just to spare those two the minor ‘inconvenience’ of having to wear a gosh darn seatbelt. Drama ensued and, eventually, the two ungrateful youths even managed to miss their important flight. All thanks to their stubbornness and love of arguing. Scroll down to read the full juicy story of how things went down.

When redditor Funsy_bob agreed to give their family friend’s sons a lift to the airport, they had no idea what they were in for 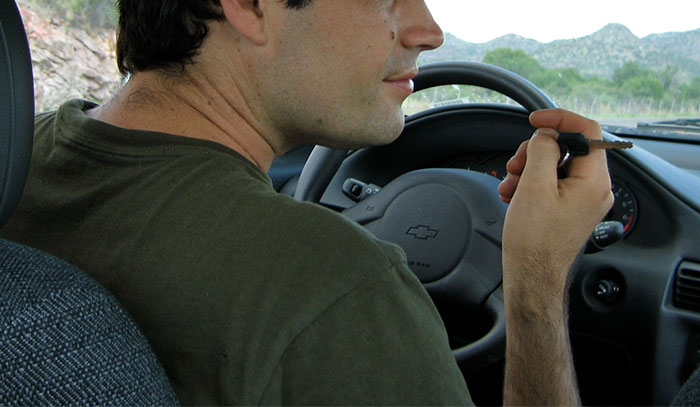 The two young adults refused to wear their seatbelts and cause a lot of unnecessary drama. They were acting like total teenagers 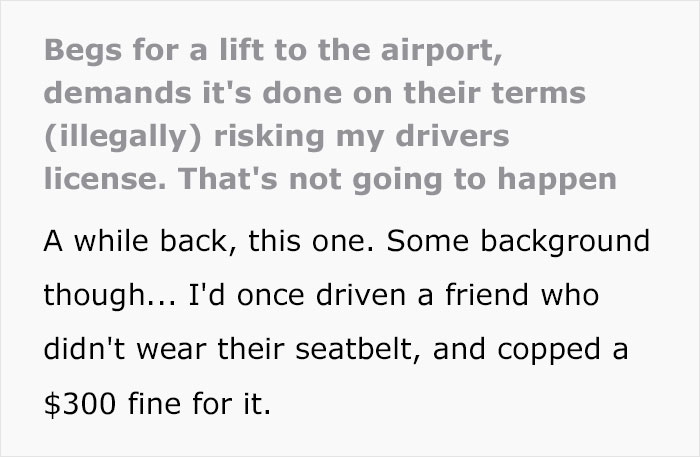 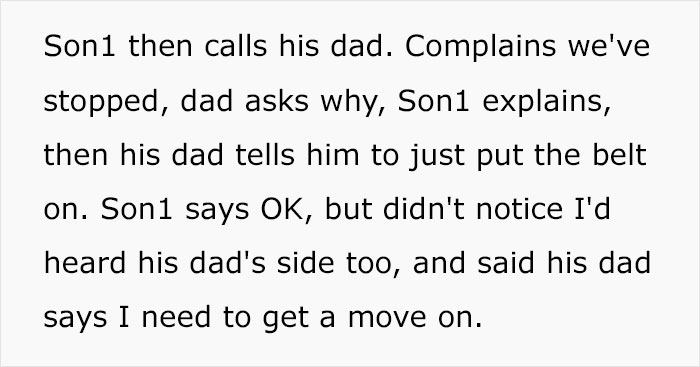 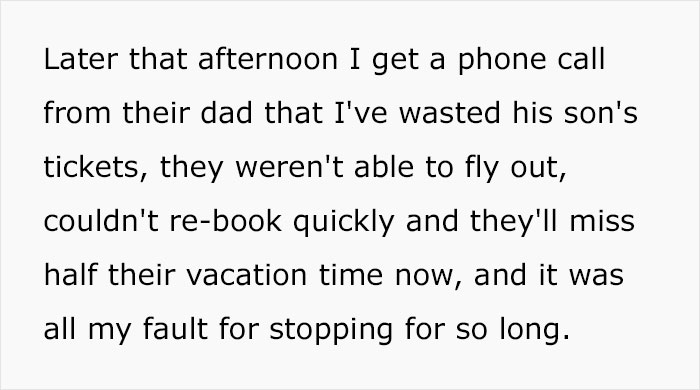 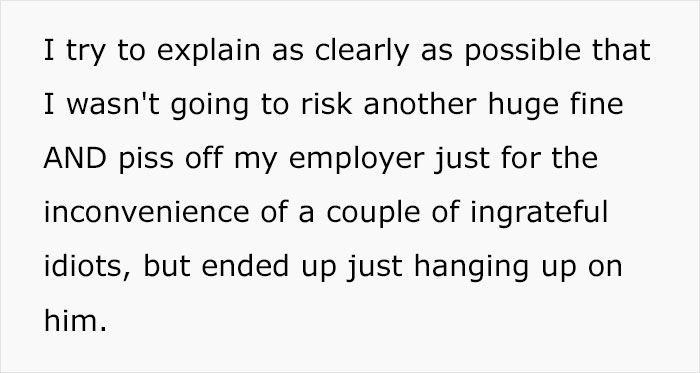 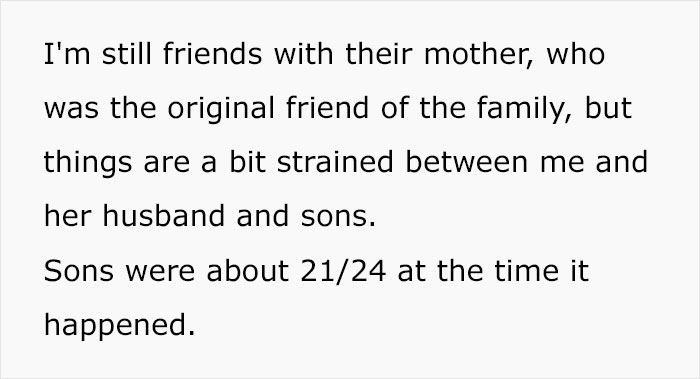 The fines for not wearing a seatbelt depend on where you live. For instance, according to the California Office of Traffic Safety, there’s a sizeable fine of 490 dollars for any teenagers in the car under 16 who aren’t wearing them. Meanwhile, adults get fines of 162 dollars for seat belt violations.

There is only one US state, New Hampshire, that doesn’t require by law for adult drivers to wear safety belts. All the remaining states either have law enforcement or peace officers citing drivers for seatbelt violations.

It’s natural that the redditor, hoping to protect their everyone’s lives, their license, and their wallet, didn’t want to budge until the two passengers complied. They didn’t and hopped out of the car, looking to make their own way to the airport.

Just one problem… one of them left a bag behind in the redditor’s car. Now, the redditor wasn’t willing to drive all over town with the bag because they were at work. Eventually, one of the young adults arrives in a taxi to grab the bag, but by then, they’d all wasted so much time, they missed their flight. The two passengers’ dad then called up the redditor and tried to pin the blame on them when it was pretty clear that it was his belligerent sons who were at fault.

You can’t bend the rules that put you and others in danger just because you might be late. If that were the case, everyone would be speeding everywhere. In short, it would lead to utter chaos.

Most redditors agree with this point of view as well. The vast majority thought that the original poster did the right thing. They blamed the two passengers for acting up and for being inflexible. They were practically acting like teenagers.

According to the California Office of Traffic Safety, 15k lives were saved in 2017 due to seat belts. “When you load up the family for a road trip, a trek across town or just driving to school or work, please do so safely—every trip, every time, day and night. Don’t put your own life at risk, or the life of your family or friends. Buckle up,” they urge people to always always put on their seatbelts.

“Using seat belts and child safety seats is the number one best thing you can do to survive a crash.”

Californians are generally very safety conscious. A whopping 95.9 percent of drivers in the Sunshine State wear their seatbelts. This is above the average of 90.7 percent in the United States. While these numbers are impressive, it still means that a fairly sizeable chunk of Americans avoid seatbelts and needlessly put their lives in danger.

Most redditors couldn’t believe that grown adults would act this way!

In the mood for another story about people refusing to wear seatbelts? Then you’ll want to check out this recent article on Bored Panda right over here.

Meanwhile, let us know what you thought of the two young adults refusing to wear their seatbelts. Have you ever been in a similar situation? In your opinion, what’s the best way to convince someone to just flippin’ wear their gosh darn seatbelts?

The post Family Friend’s Sons Refuse To Wear Seatbelts On The Way To The Airport, End Up Missing Their Flight And Causing Drama first appeared on Bored Panda.