While Ford’s design team deserves kudos for the Ford Bronco‘s overall form, if we zoom in on a few key details, you can see just how above and beyond they went. 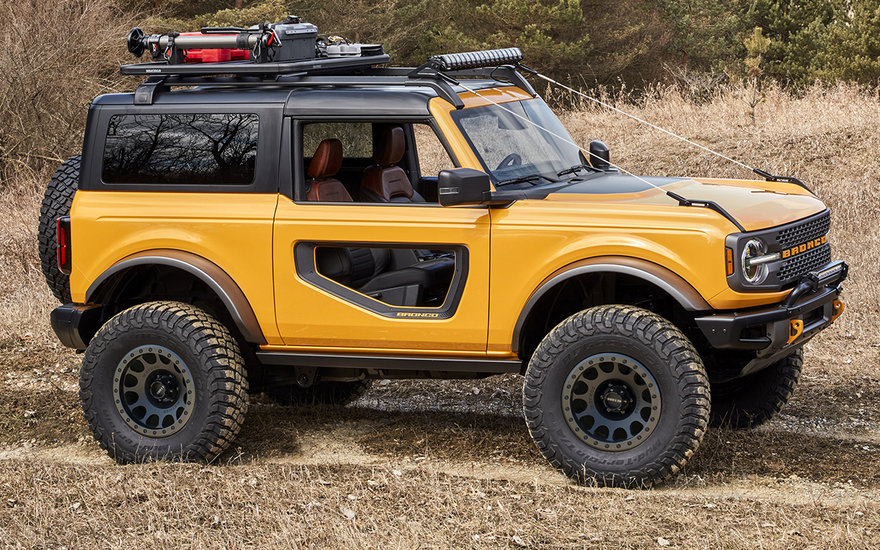 It being an off-road adventure vehicle, removable doors were desirable. Removable doors exist on Jeeps, but the problem is that once you pop them off, the mirrors go with them. Ford’s design team, led by chief designer Paul Wraith, wanted to eliminate this UX hassle, and decided to mount the mirrors independently from the doors. But to make things work like a dream for the driver turned into a nightmare for the design team. “It was one of the most complicated parts of the vehicle,” Wraith told The Drive‘s Kristen Lee. Moving the mirrors created conflicts with “the A-pillar structure, the airbag, visibility of the mirror, the air vents. Everything is jostling for position.” 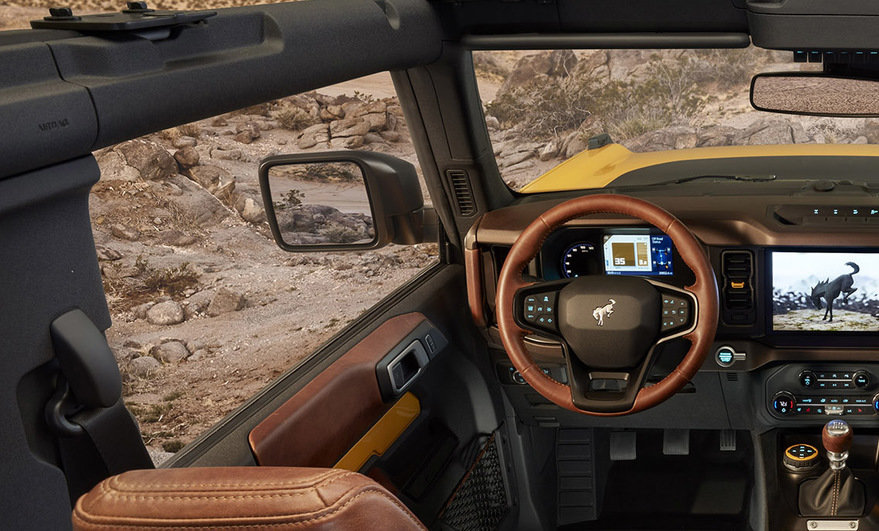 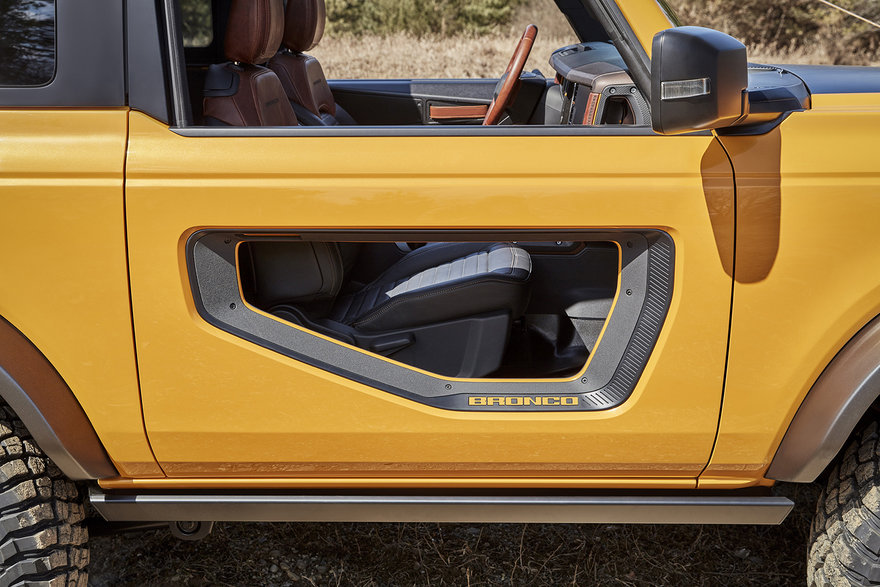 The team eventually figured it out, and tackled the second part of the problem: What precise sequence of steps does the user take to remove the door, and using what implements? How can we design this process to minimize damaging the door? Where does the door go once it’s removed? How can a user easily get the bulky door back onto the hinges, and maneuver the door back into place without scratching the paint? 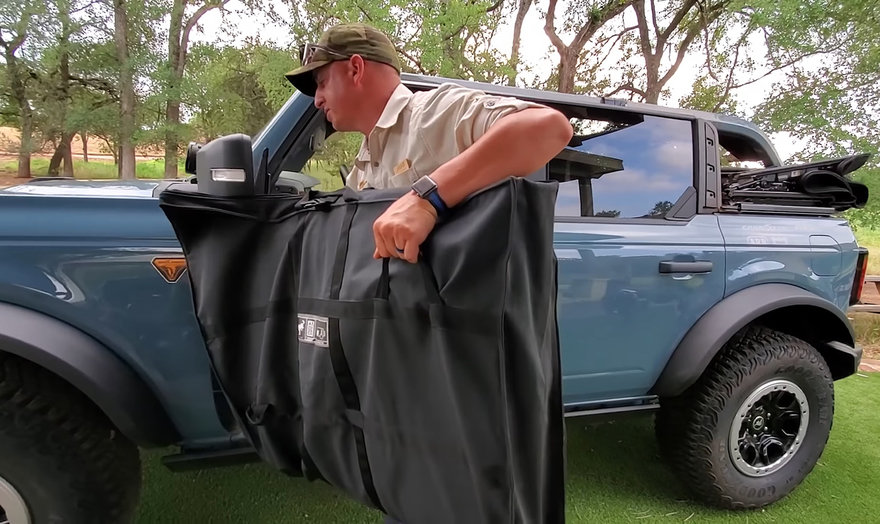 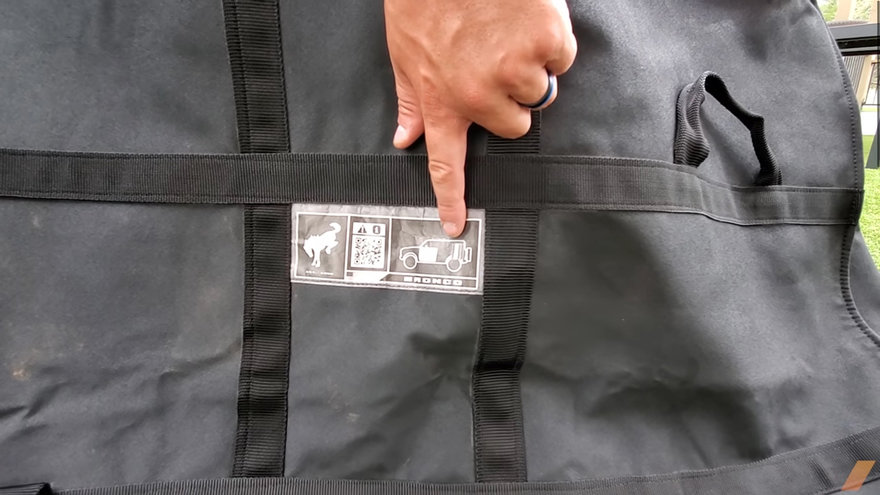 In the following video demonstration, you’ll see the designers came up with solutions for each and every issue. Never mind including the tools; the bag that goes over the door, before it’s fully removed, has a well-located handle; the door itself features a grab point at the opposite corner; the bag is padded on the bottom to avoid damage to the door; there’s even a graphic on the bag showing you which door it fits—and even where in the vehicle to store it, amidst the other doors and/or roof panels.

If you watched the second half of the video, you hopefully caught that sweet detail in the rear roof removal process, whereby the unplugged wiper fluid hose and electronics cable get neatly plugged into dummy docks, keeping the cables out of the way. Really nice work. 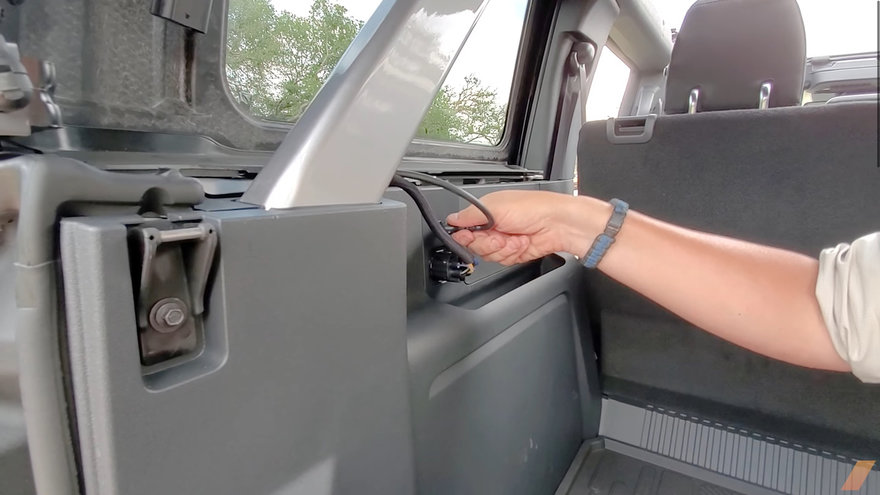 If Ford had just brought the Bronco back with a visually updated form, they probably would’ve moved a ton of them. But I’m loving that they revised the brand with 21st-century design attention, and allowed the design team to go the extra mile. This level of attention is similar to what Apple used to give, and it will hopefully spur the competition to step up their game. Jeep’s designers have to be watching this and fuming.