A farming implement has been redesigned to assist EMTs working in close quarters. 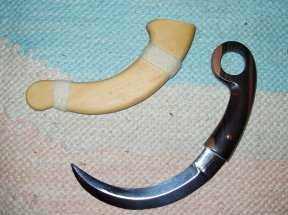 A karambit is a traditional curved knife from Southeast Asia, originally developed for farming and planting tasks. It is held in the manner of a hammer, but with the blade curving forwards from the bottom, like an elephant’s tusk. A finger ring up top keeps the knife securely in hand. 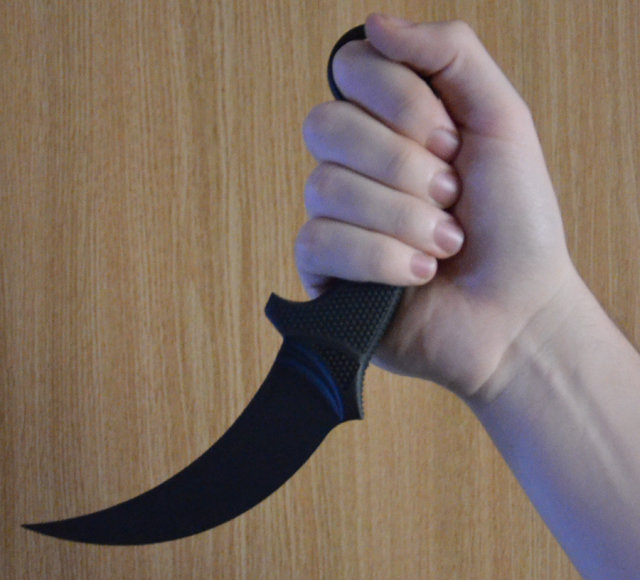 In recent years EMTs and other first responders have taken to carrying folding karambits. When working in close quarters—imagine trying to extract a person from the collapsed interior of a crushed car—the configuration of the short, curved blade provides leverage from a cramped position. The knife makes it easier, in these tight situations, to saw through a seatbelt or cut clothing away to reveal a wound.

But in speaking to first responders, veteran knife designer Joe Caswell learned about the pain points of the karambit. Users had two issues: One was that deploying the blade in close quarters was often difficult. Two was that putting the blade away was also difficult, even unsafe; one’s fingers are directly in the way of the blade’s edge. 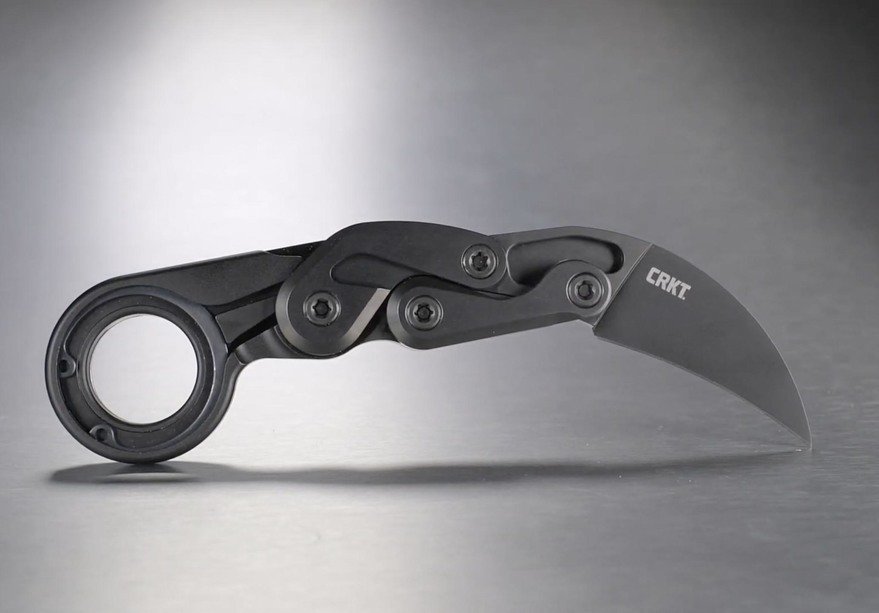 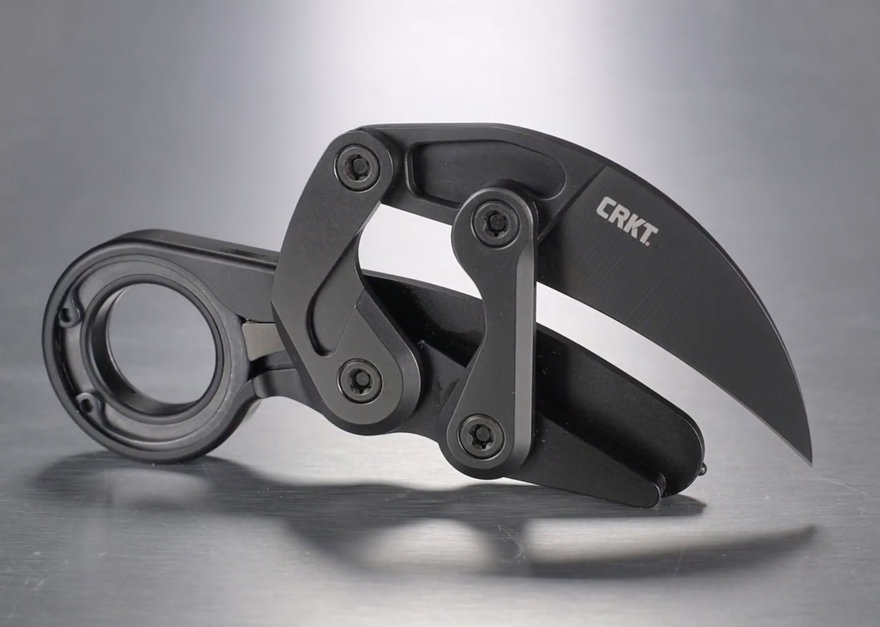 The deployment mechanism is clever, space-saving and elegant. “The blade is designed to be deployed from a clenched fist,” Caswell explains. Additionally, “Your fingers are never exposed to the rotational path of the blade.” Here’s how it works:

The butt end of the knife also features a glassbreaker: 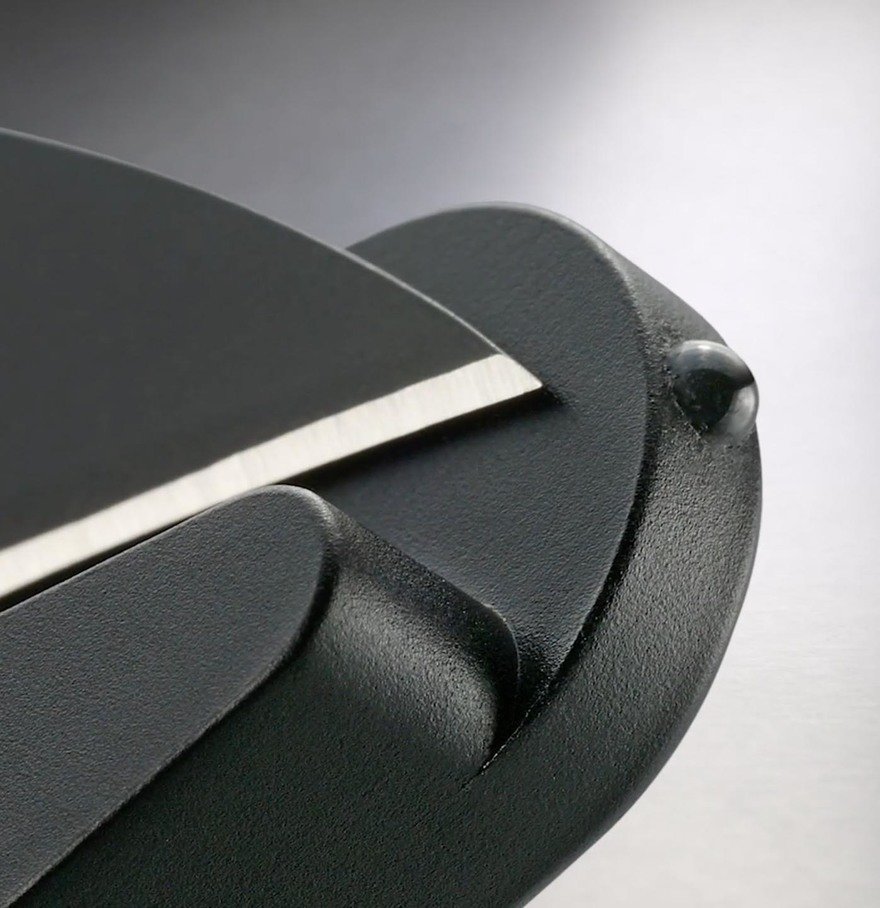 Here’s Caswell himself explaining the design:

Not including the fasteners, the knife is made of five parts. Caswell has trademarked the knife’s action as Kinematic™. 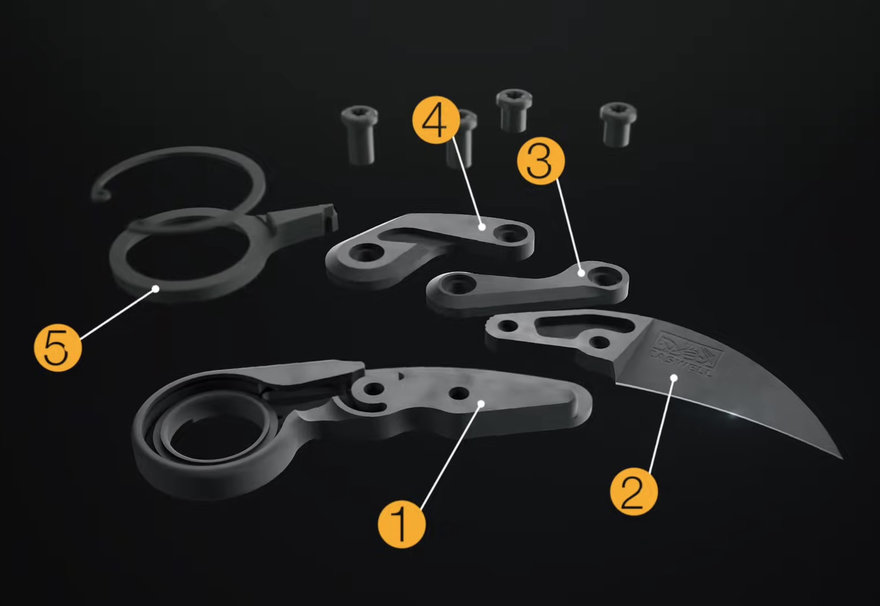