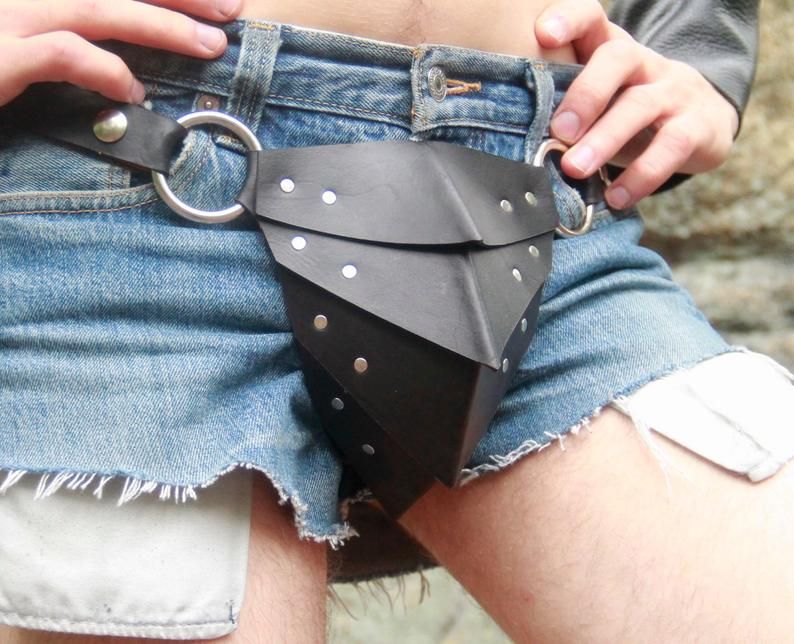 Are we doing codpieces again? Yes, we are. The fashion world is demanding it of us and we must obey.

Don’t scoff. They’re a symbol of traditional masculinity–assuming one looks back to the Sixteenth Century, when codpieces were all the rage in Western Europe. Rachel Tashijan writes in GQ about a recent podcast discussion between fashion designer Thom Browne and fashion historian Michael Glover about the codpiece:

Like many objects sprung from delusional masculine grandeur, the codpiece is a punchline, yet so much more. “The codpiece is all about boastfulness and braggadocio, sad men pretending to be more than they could ever hope to be,” as Glover diagnoses in his book, and in a recent phone call, he shared the more pedestrian details: “It would have had to have a fairly hard exterior, probably made of leather. Inside, the padding would probably have been horsehair.” (Horsehair is very breathable—hence its starring role in the world of luxury mattresses.) It would have been measured, he confirmed, though a brief google search reveals that if there was once a special term for the profession of codpiece measurer, it has been lost to the sands of time. […]

A runway fashion observer may not know “the history of it, but they know of a codpiece,” Browne explained in a recent interview. That vague sense of historicism gave the collection its edge of madcap humor, underscoring that the codpiece’s more familiar contemporary cousin, the cup, is far from immune to that same ridiculous interpretation. Rendered in seersucker and affixed to dresses, suits, and dresses that looked like suits, the codpiece, Browne said, was “somewhat for decoration, and for humor.”

Codpieces could be a nice addition to your wardrobe. But you could go even more retro with a New Guinea penis gourd.