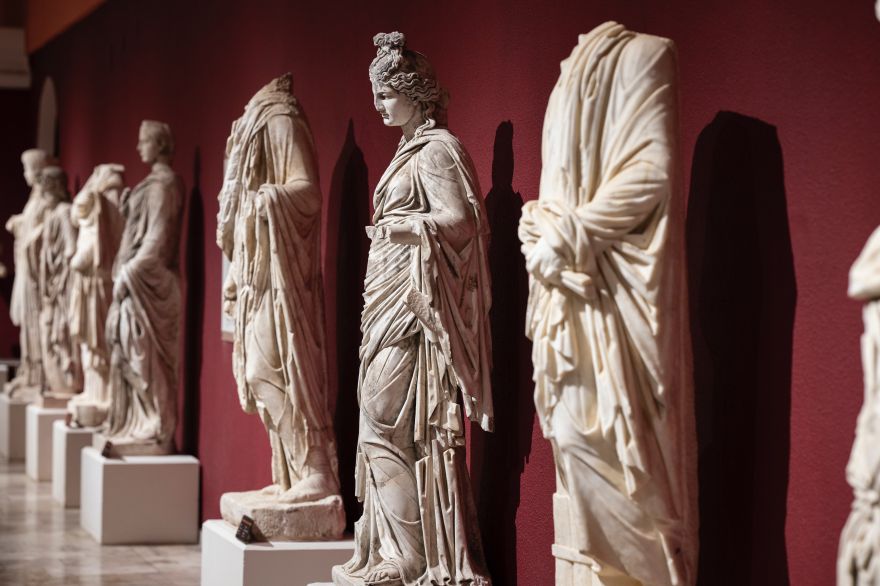 Ancient Greeks, indeed,were using natural dyes from shellfish, insects, and plants, to color fabric and clothing. Skilled craftsmen extracted dyes from these sources and combined them with other substances to create a variety of colors. In time the colors became bright. Women preferred yellow, red, light green, oil, gray, and violet. Most Greek women’s fashion garments were made from rectangular fabric that was normally folded around the body with girdles, pins, and buttons. Decorative motifs on the dyed fabrics were either woven or painted on. There were often geometric or natural patterns, depicting leaves, animals, human figures, and mythological scenes.

Although somewomen bought imported fabric and textiles, most women wove the fabric creating their own clothing. In other words, by using different textiles people differentiated by gender, class, or status.  Greek pottery andancient sculptures provide us with information on fabrics. They were brightly colored and generally decorated with elaborate designs. Ancient fabrics were derived from the basic raw materials, animal, plant, or minerals, with its main wool, flax, leather, and silk.

As time passed and finer materials (mostly linen) were produced, the draped dresses became more varied and elaborate. There wassilk from China and a  further variety in draping was created by pleating. It’s worth mentioning that the silk from China and fine muslins from India began making their way to ancient Greece after thevictorious conquests of Alexander the Great.