Imagine you’re in a hardware store. The smell of sawdust lingers in the air, paint swatches are scattered across the slippery concrete floors, and workers wearing jeans and aprons stuffed with tools are walking through the giant warehouse waiting to tell you what aisle lightbulbs are in. When you flag down an employee for help, there is probably only one specific quality you’re looking for in that person: that they work there.

Unfortunately for one female manager at a hardware store, the smell of sawdust in her store was also sprinkled with sexism. 3 days ago, Reddit User MoonLover10792 wrote to the Malicious Compliance subreddit to share the story of a sexist encounter she had while managing the paint department at a hardware store. r/MaliciousCompliance has 2 million members and is famous for users sharing stories of “conforming to the letter, but not the spirit, of a request”. Although MoonLover10792 mentioned that the incident took place sixteen years ago, it could definitely still happen today. So enjoy her story of fulfilling this sexist customer’s request, and be sure to check out some other Bored Panda stories featuring malicious compliance here and here.

After a female manager tried to assist a woman at a hardware store, the customer began demanding a “man’s help” 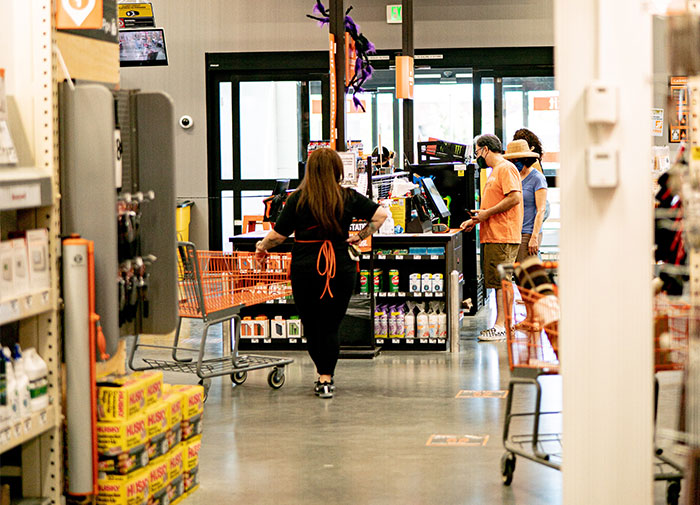 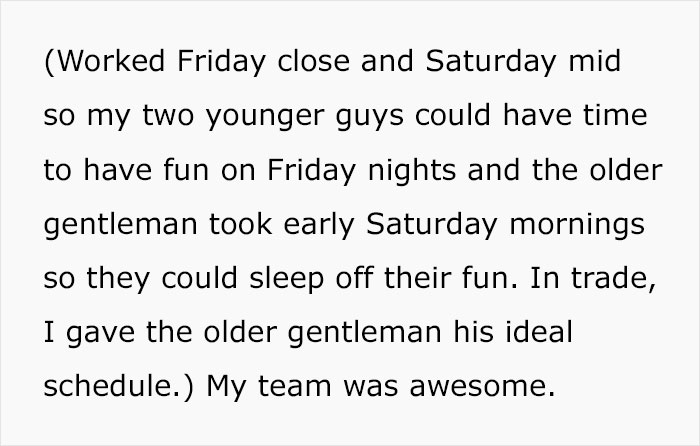 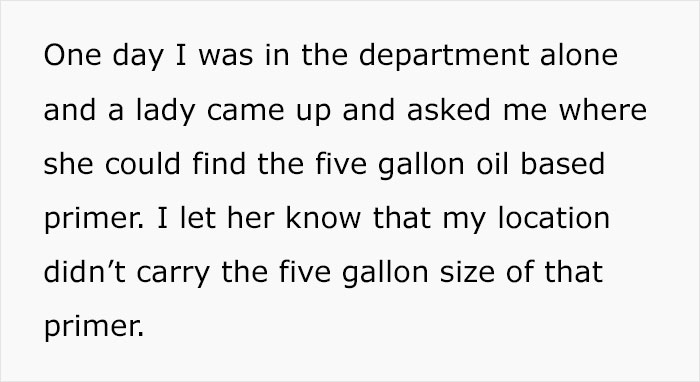 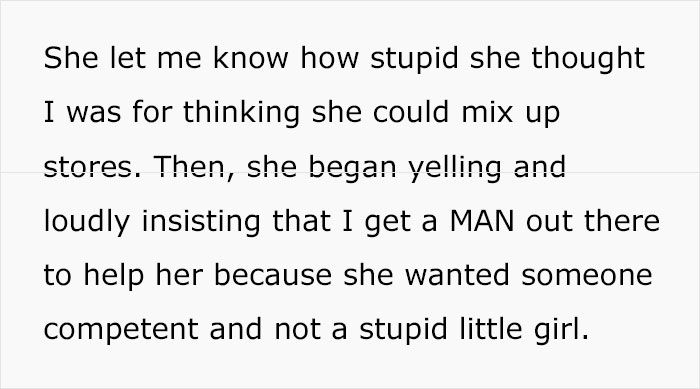 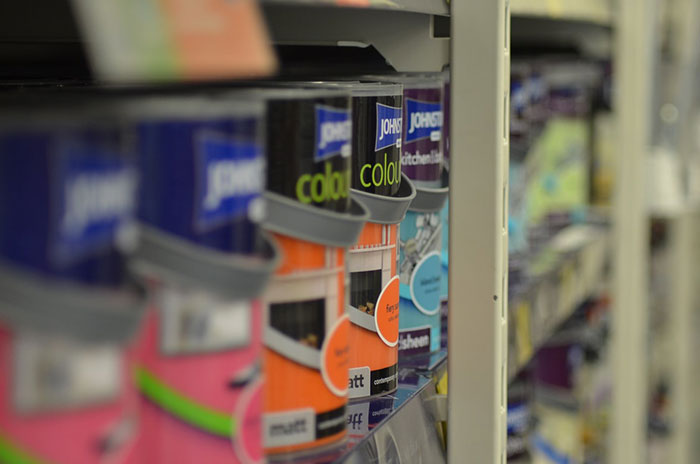 Sexism in the workplace is unfortunately nothing new for women to be battling. There is still a gender pay gap in many countries, with women earning an average of 16% less than men in the United States and Europe. Unequal treatment is an issue as well, with about 40% of women saying they have experienced gender discrimination at work. But a common misconception many people make about sexism is that it’s only coming from men and being directed towards women. The fact is that it’s a more complicated issue than that. 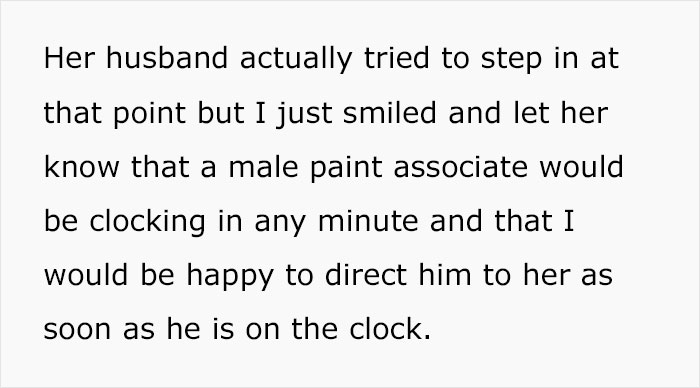 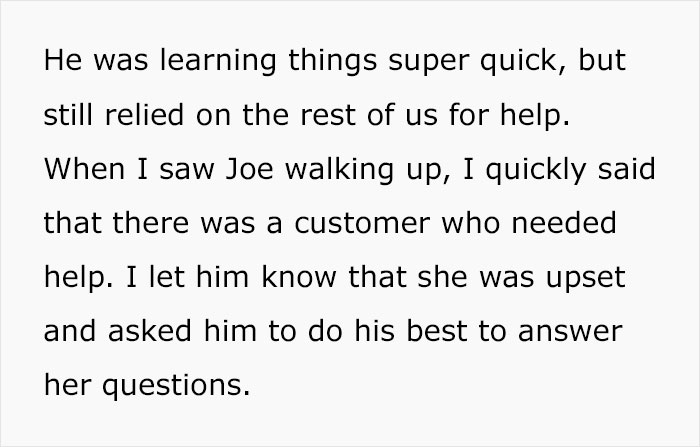 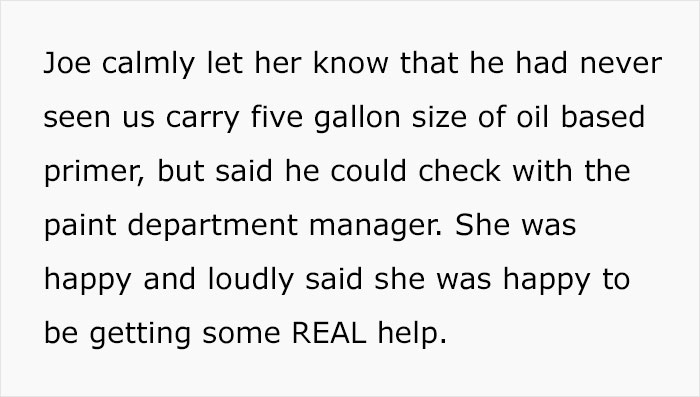 MoonLover10792 mentioned in her Reddit post that she saw her “fair amount of sexual discrimination [at work], but the worst always came from women”. Unfortunately, due to internalized misogyny, some women do unknowingly perpetuate sexist notions. From a young age, we’re presented with patriarchal messages (such as, working at a hardware store is a job for men), and it can be hard to break out of that mindset, even as a woman. Internalized sexism can be exacerbated by female rivalry, a desire to fit in or seem cool among men, and a fear of creating conflicts. Placing expectations on women of what they can and can’t do is just as harmful coming from fellow women as it is from men. We should be working to empower one another and amplify female voices, rather than tear each other down.

I’m sure the female customer in this story had experienced her fair share of sexist indoctrination, but that is no excuse for disrespecting someone just trying to do her job. I hope this encounter helped shift the mindset of that customer (once she had calmed down from her embarrassment…) and that the manager was inspired to continue debunking gender stereotypes.

Have you ever seen blatant sexism at work? We’d love to hear in the comments how you proved an ignorant customer or coworker wrong!

Readers have shared their support for the manager, as well as stories of sexism they’ve encountered at work 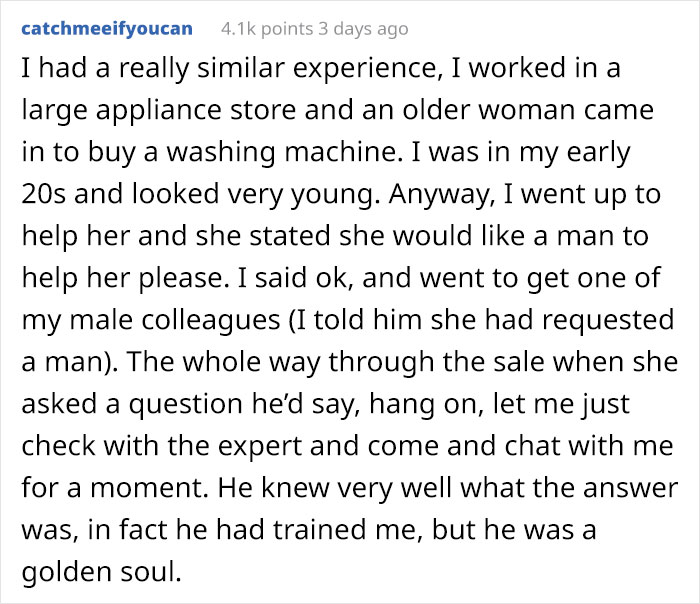 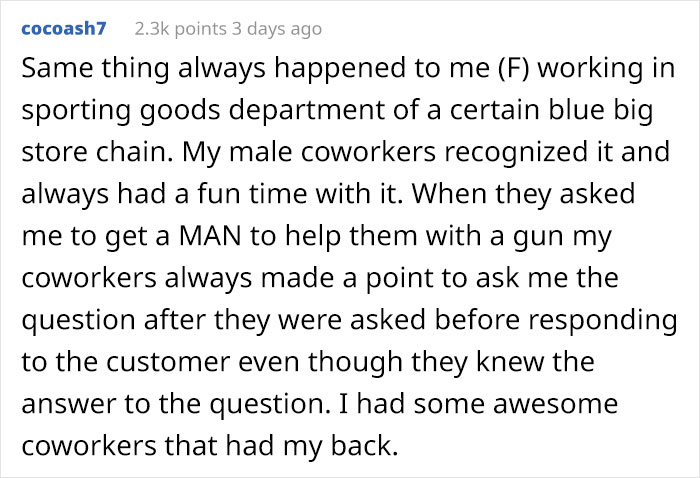 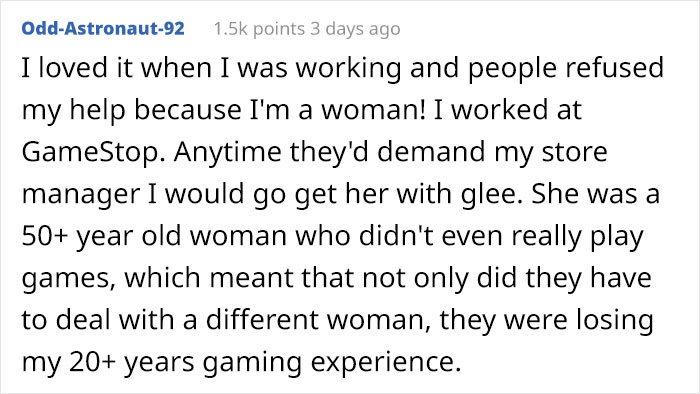 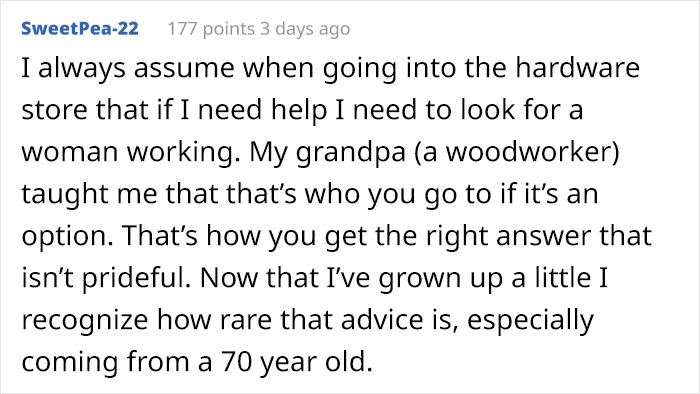 The post Female Manager At A Hardware Store Maliciously Complies To A Customer’s Request For A “Man’s Help” first appeared on Bored Panda.