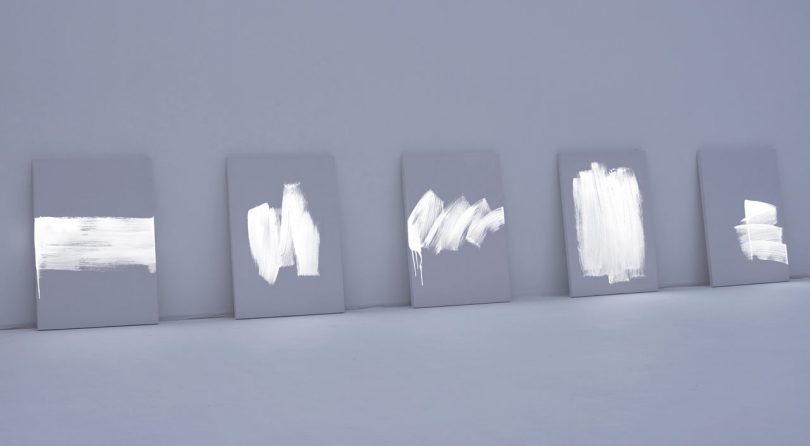 YOY, the Tokyo-based design studio known for their sheet paper lighting and canvas that turns into a chair, just launched five new projects at Milan Design Week marking their 7th year showing there. Their exhibition, called Fictionality, unveiled two new lighting designs, a wall clock, a lyric speaker, and a series of stools. 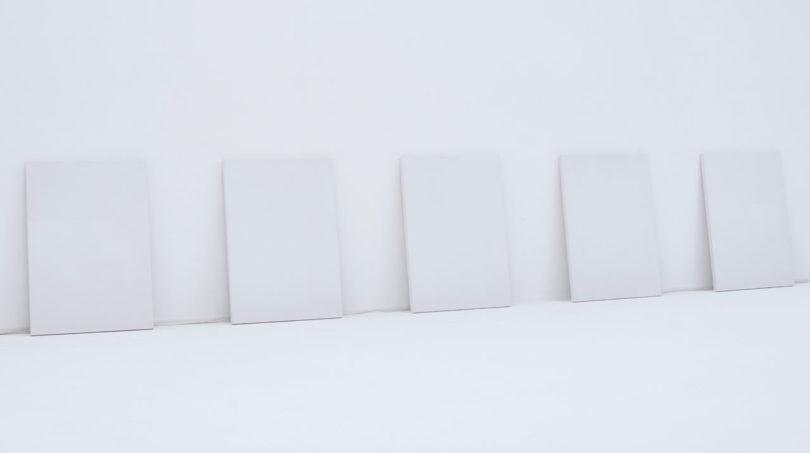 PAINT is a series of lighting that appears to be a blank white canvas until it’s switched on revealing a paintbrush mark highlighted by the LED light. 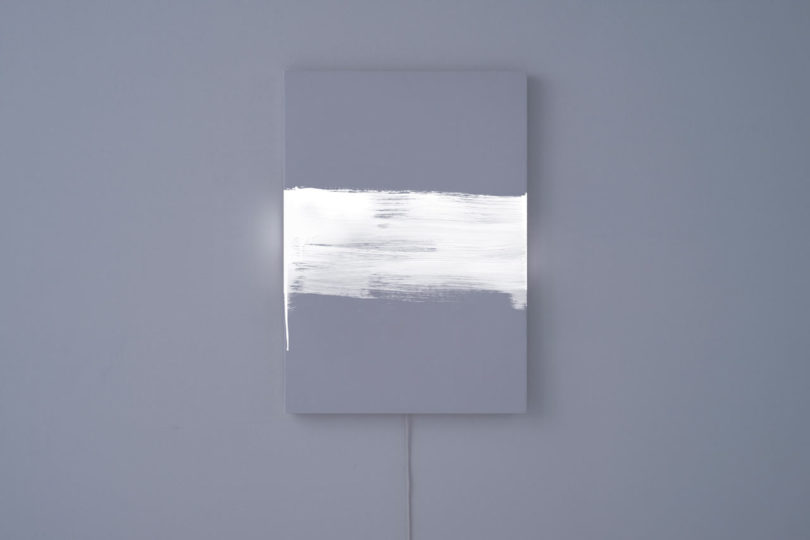 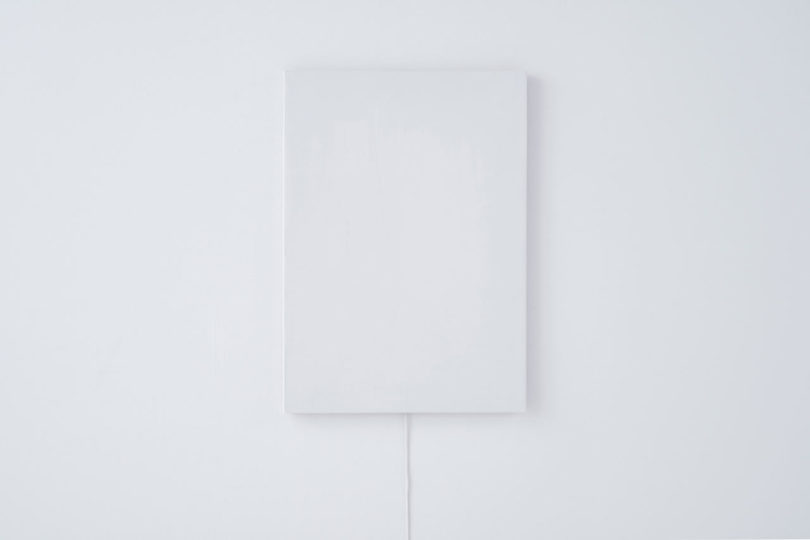 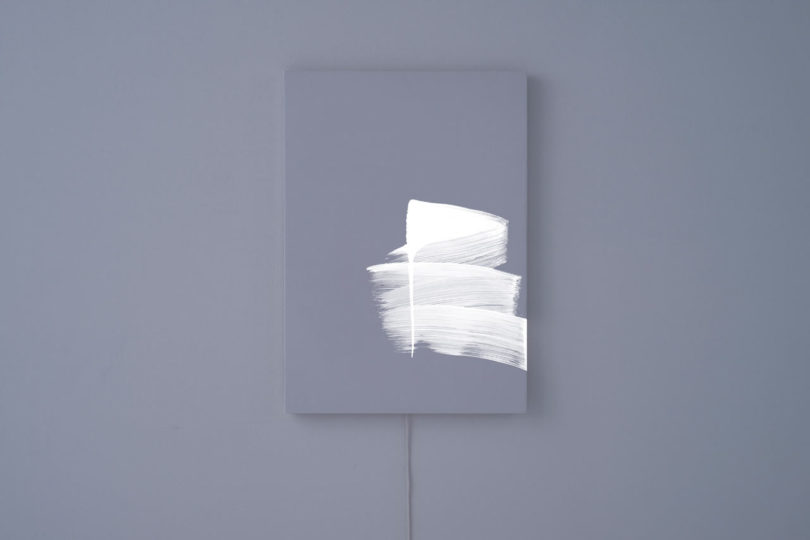 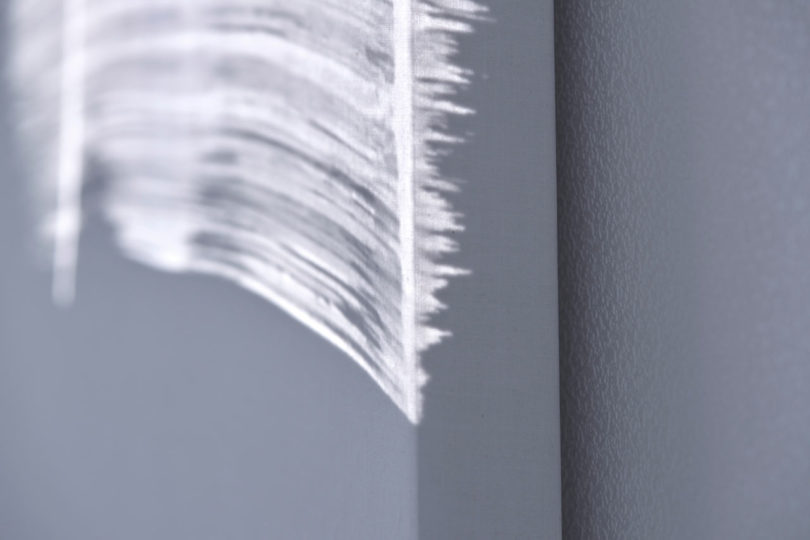 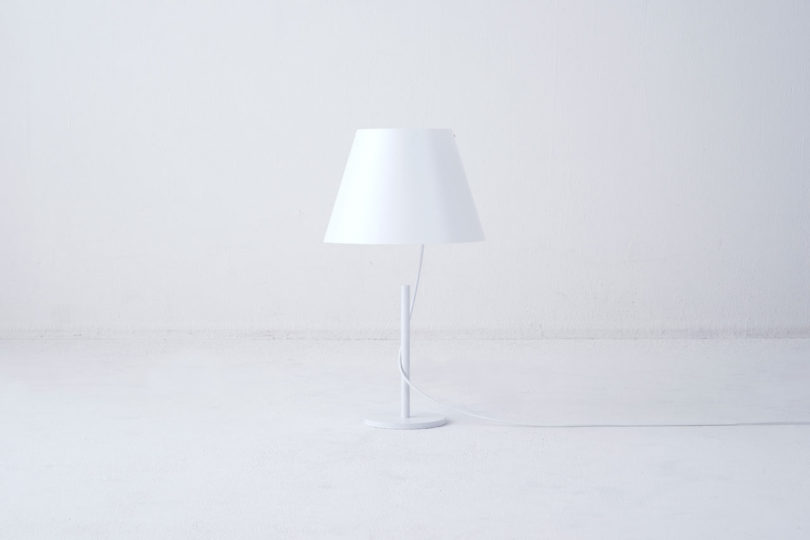 FLOAT II consists of a table and floor lamp where the shade appears to magically float above the lamp. Connecting the base with the shade is the electrical cord, which is partially made of metal tubing giving the illusion that it’s holding the shade up. 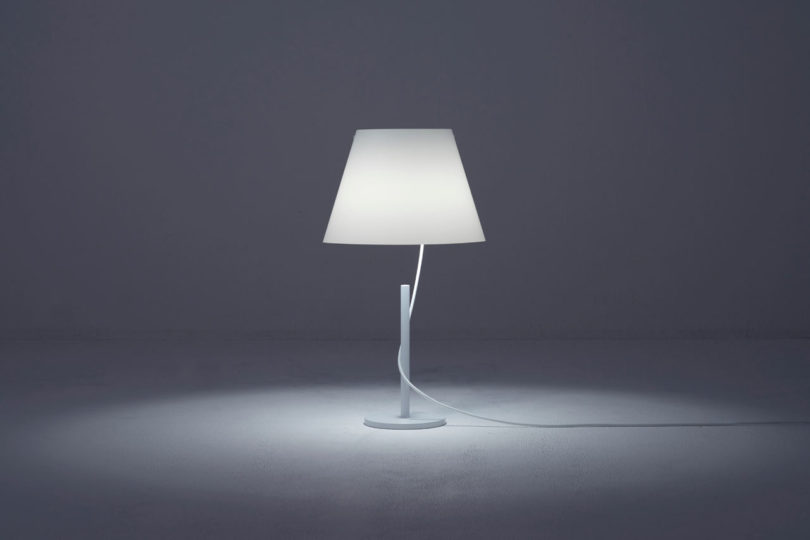 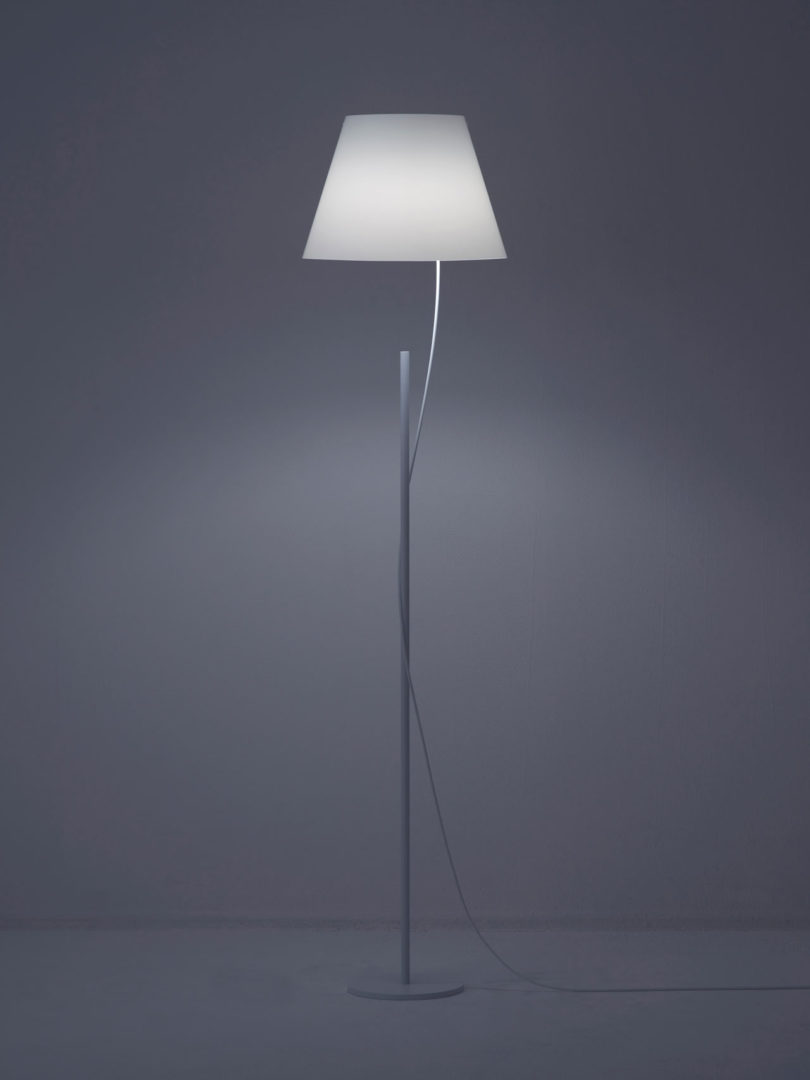 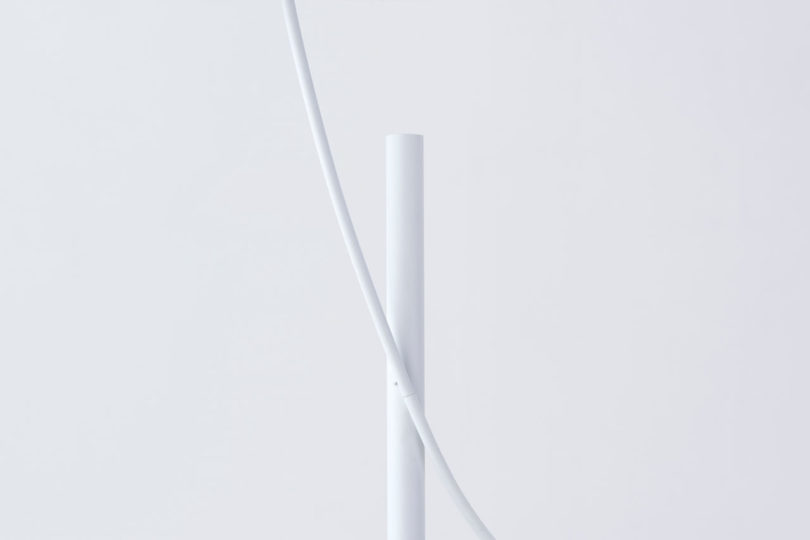 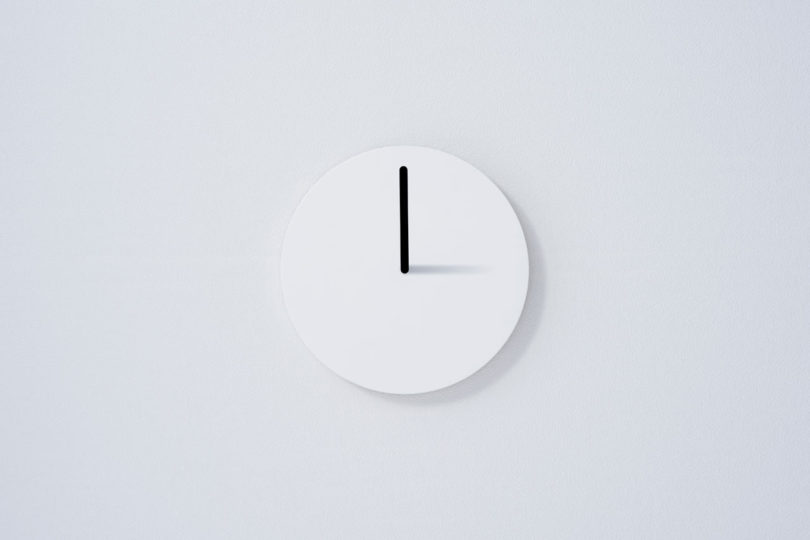 SUNDIAL is a wall clock that resembles a sundial with the minutes represented with a black bar and the shadow revealing the hour hand. 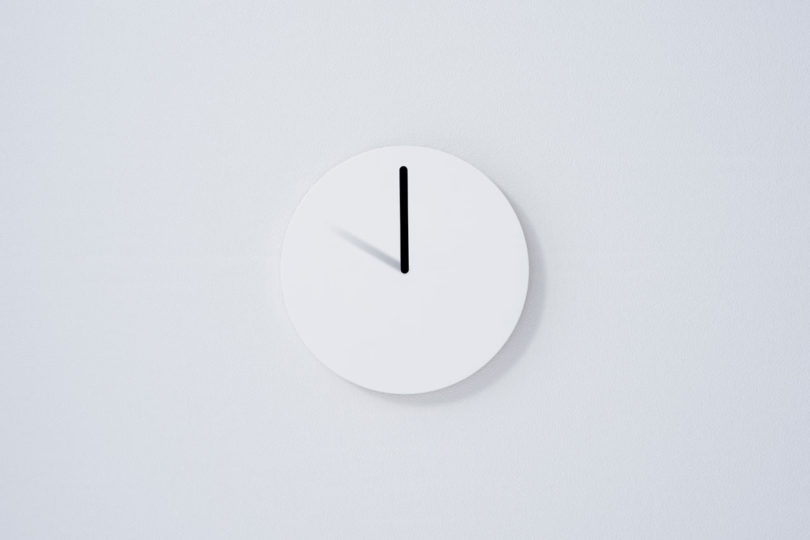 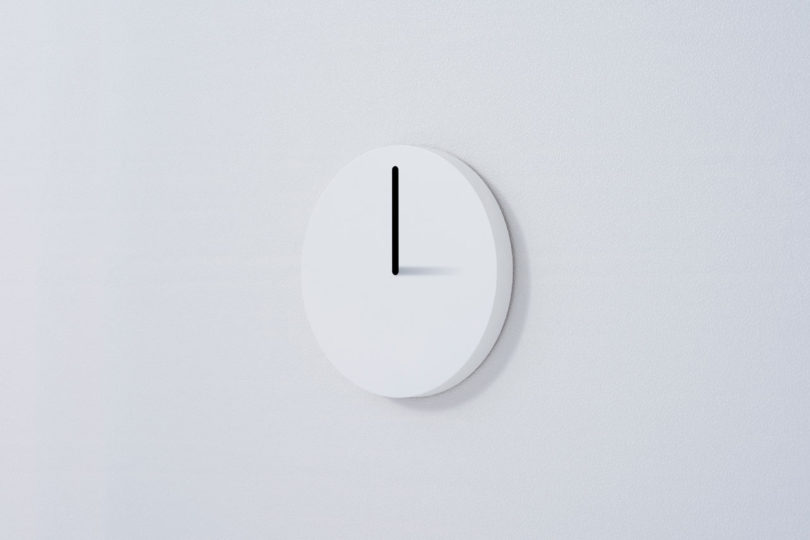 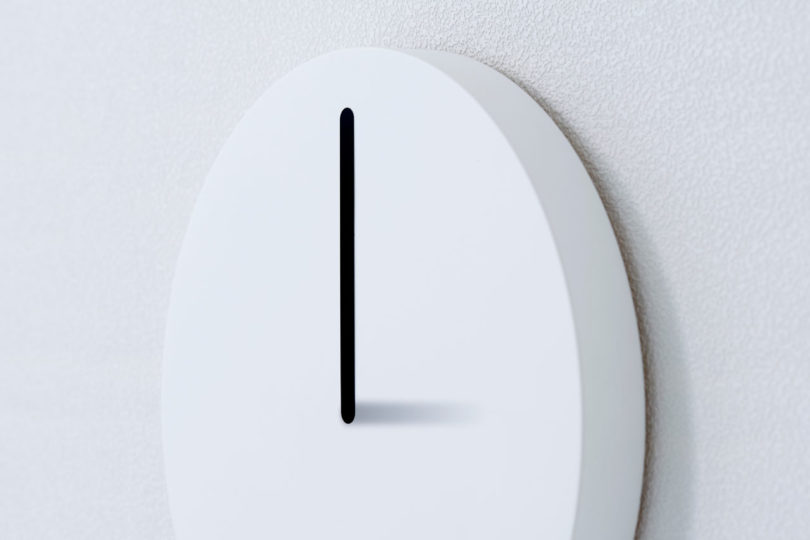 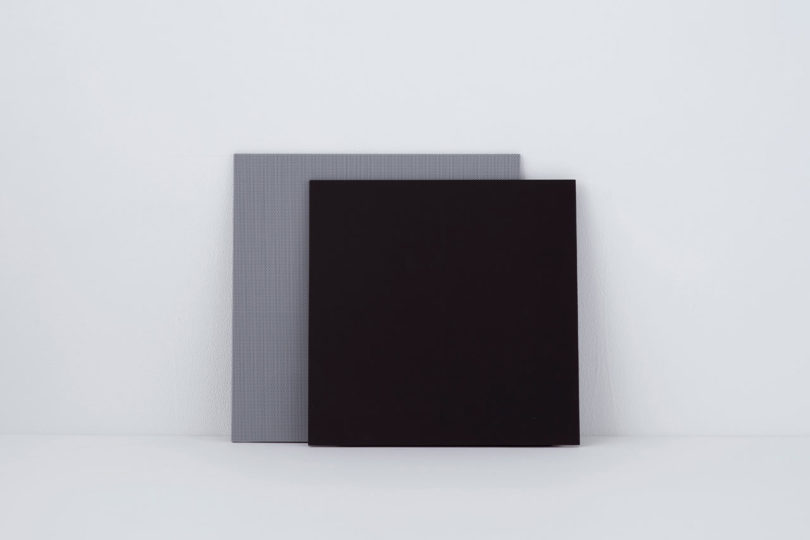 The COTODAMA Lyric Speaker is the latest model to their original Lyric Speaker. The new speaker features two boards that lean against the wall like vinyl records do. On the front, the screen displays song lyrics piped through from your phone while the music is played through the speaker. 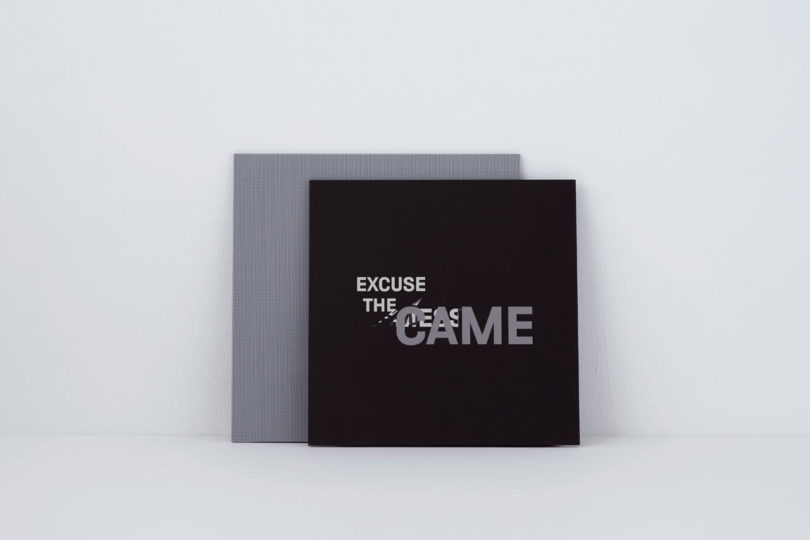 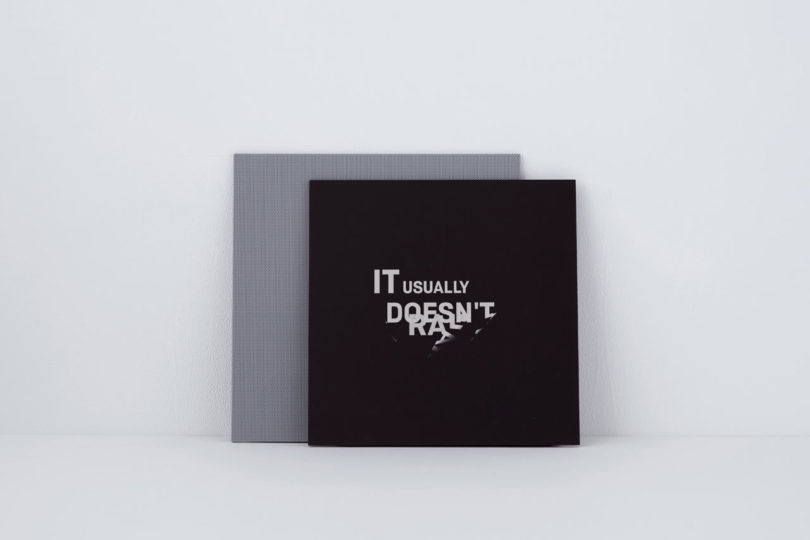 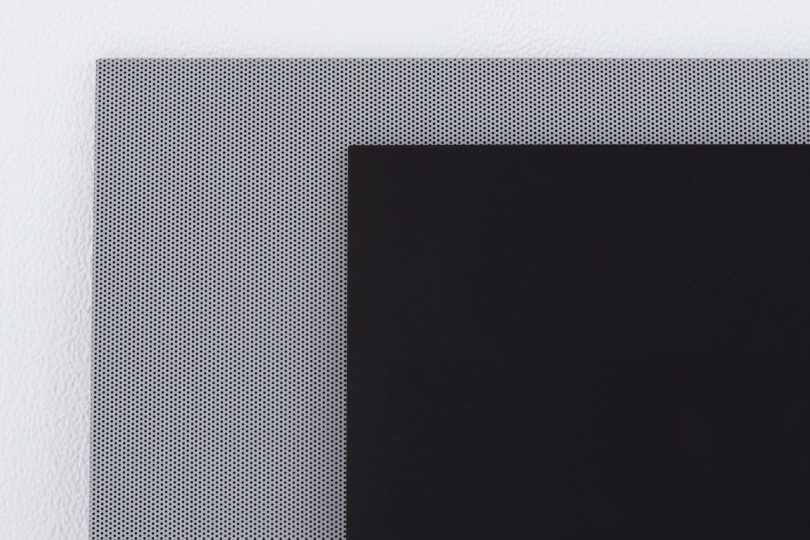 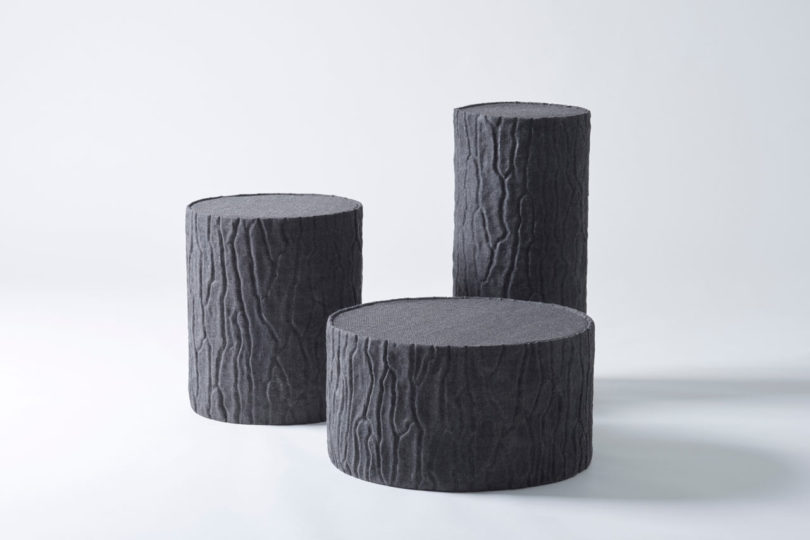 TRUNK is a trio of stools that resemble actual tree trunks. They worked with Kvadrat on the fabric which was made by 3D scanning a real tree trunk to get the texture of the bark. A mold was made and the textile was pressed into it and finished with a solvent to give it the bark-like texture. 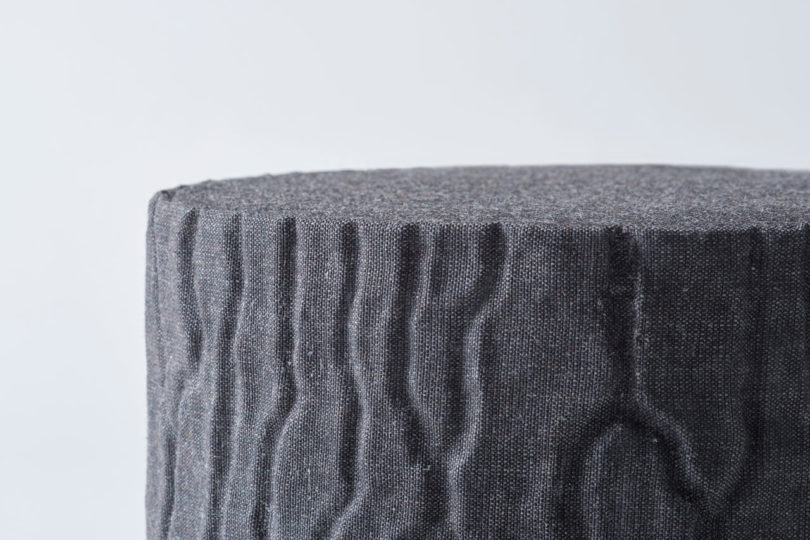 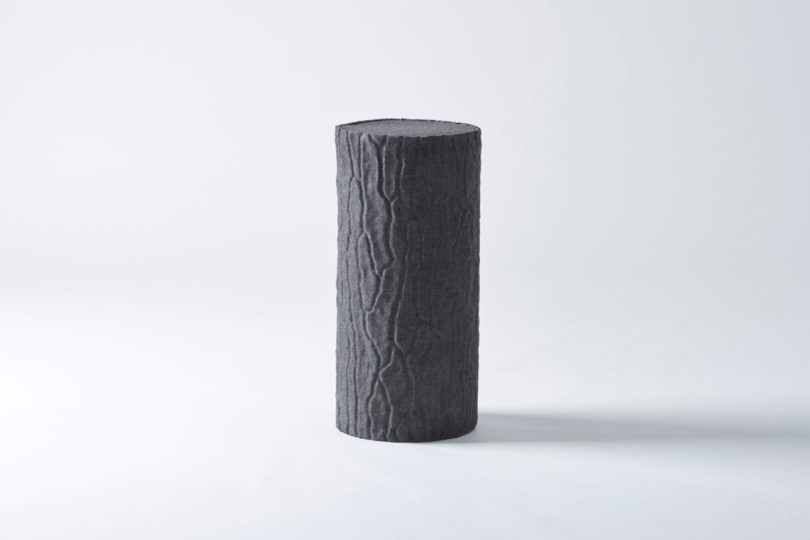 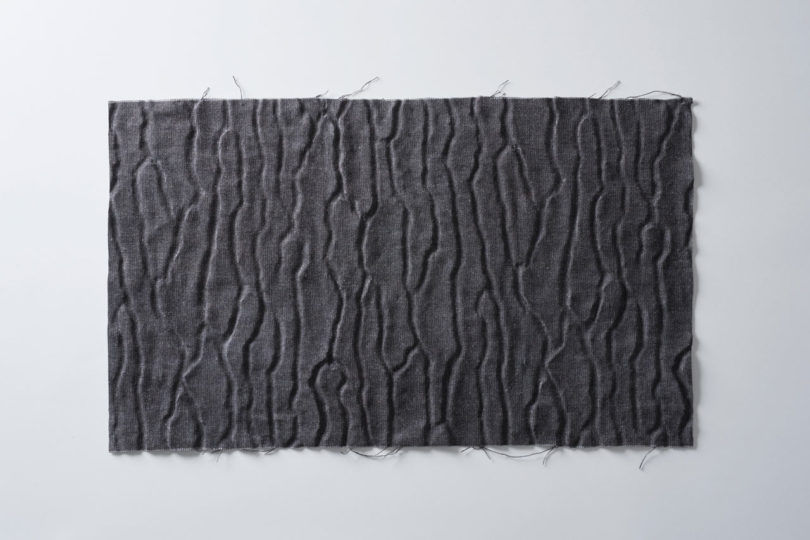 Fictionality was presented at the SuperDesign Show during this year’s Milan Design Week.