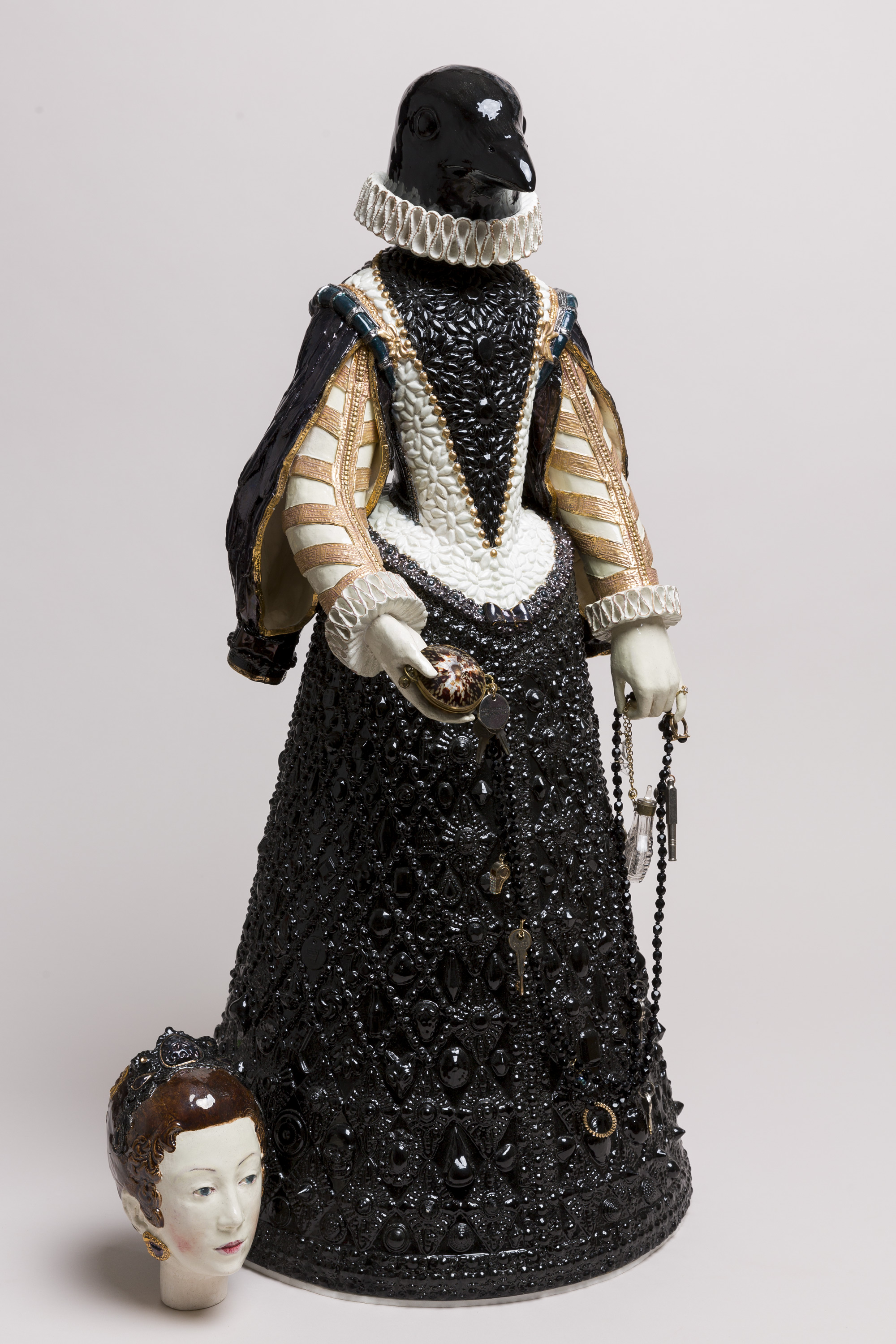 London-based artist Claire Partington creates figurative ceramic vessels steeped in power dynamics and status. Her works often feature removable head stoppers that feature humans and animals, which brings a range and versatility to each glazed character. Her inspiration for the elegant figures comes mostly from European applied art and design styles from the 17th-century onward, yet the pieces blend elements from various centuries and genres. Partington shares with Colossal that she has a “magpie” approach to collecting visual elements from her everyday experience, “equally taking inspiration from a visit to a museum or a walk along my local high street.” To create the works she first coil-builds the vessel, then shapes the object before adding press molded surface decorations and computer-generated enamel decoration over the glaze.

“I started out making my work as illustrations to the folk and fairy stories that had stayed with me from childhood, partly because of the vivid illustrations, but also the gripping and grisly content of the stories and the fantastical human to animal transformations of the protagonists,” Partington explains to Colossal. “I gradually became more interested in the personalities of characters themselves, rather than the narrative alone and began blurring the stories with identifiable historical figures and to exploit the use of clothes to convey messages of power and allegiance or to reinforce or challenge social limitations.”

Partington has an upcoming solo exhibition at Seattle-based Winston Wächter gallery titled The Hunting Party which opens June 8 and runs through July 27, 2019. Her exhibition Taking Tea is currently on view in the Porcelain Room at the Seattle Art Museum through December 6, 2020. Her exhibition explores the dark side of the historical tea industry such as the forced servitude and precarious ocean voyages that occurred during the expansion of the international trade. You can see more of her ceramic sculptures which blend historical characters with fairytales and myths on her website and Instagram. 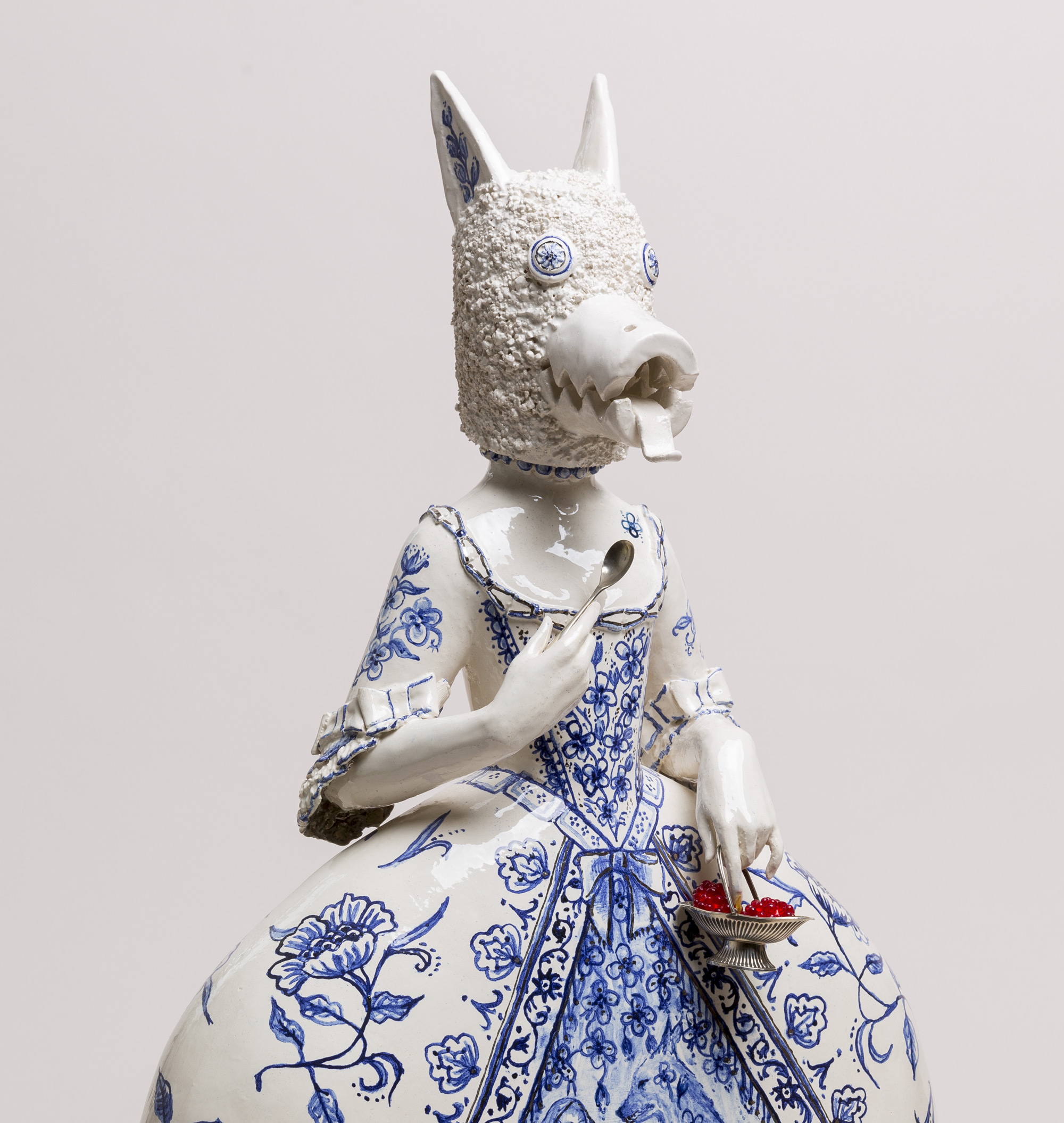 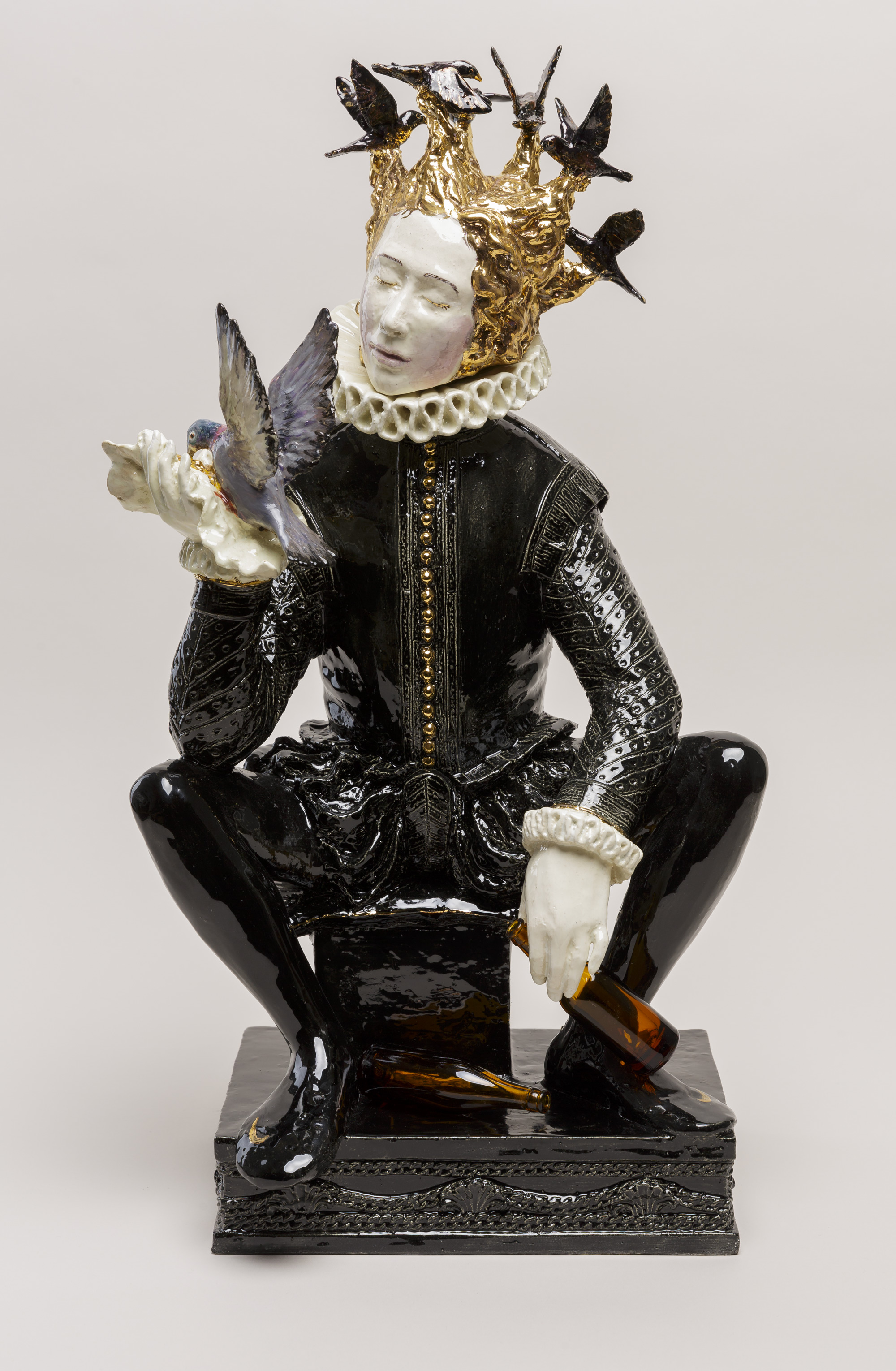