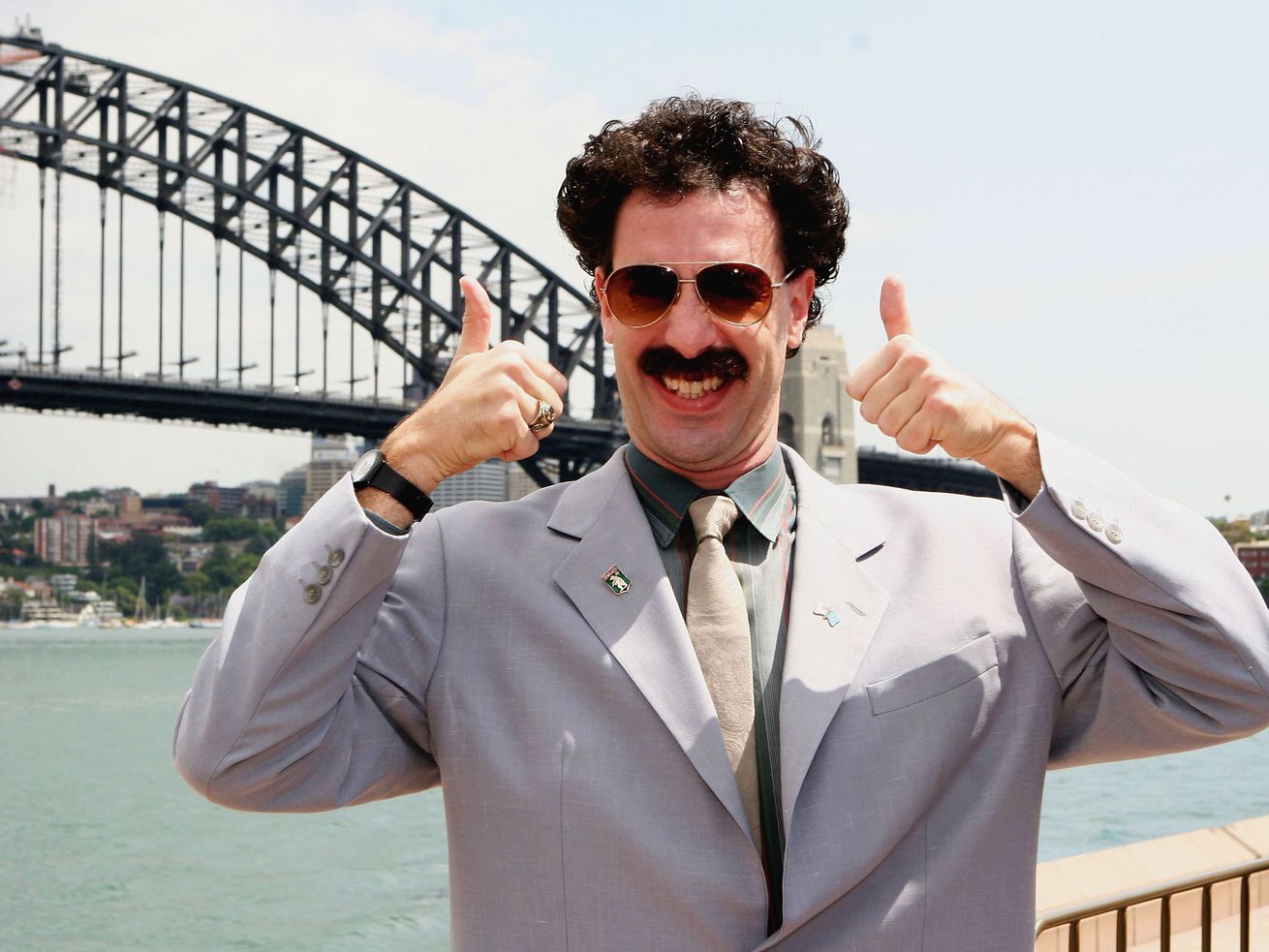 For the past few months there have been faint whispers on the wind that comedian and certified master of disguise Sacha Baron Cohen’s been cooking up something new. Over the summer he was spotted numerous times around Southern California dressed as Borat, one of his most famous characters who hasn’t been seen since 2006.

As it turns out, the rumors are true, we’re getting a Borat sequel.

News which, frankly, is pretty shocking, simply because anytime something actually good happens in this godforsaken year it’s a bit unexpected.

The filming of this untitled Borat sequel was a thoroughly covert operation, and although he was spotted in and around Los Angeles, Sacha Baron Cohen reportedly filmed all around the country for the upcoming film. It’s impossible to say at this point what exactly Borat Sagdiyev will be up to, but it’s safe to say it’s going to be a doozy — as reported by Deadline, apparently bulletproof vests were necessary.

There are two things we do know for sure, though, which are, first, that Amazon has acquired the rights to the first film and will be distributing the upcoming sequel, and second, it’ll premiere on Amazon Prime sometime in late October — intentionally before the election.

While we wait, check out Borat: Cultural Learnings of America for Make Benefit Glorious Nation of Kazakhstan on Amazon Prime, and Sacha Baron Cohen’s most recent, hit political project, Who Is America? on Showtime.