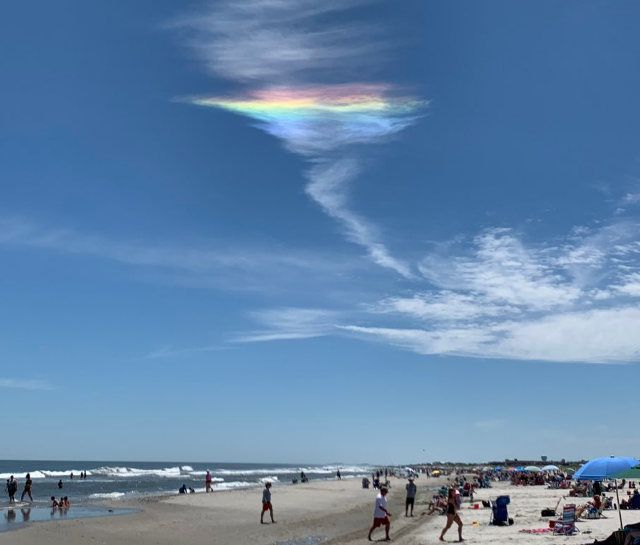 Packy McCormick photographed this fire rainbow over the Jersey Shore during the Memorial Day weekend. It glides over the appropriately named borough of Avalon. NBC New York describes the rare meteorological conditions that create this phenomenon:

The optical phenomenon only happens when the sun is higher than 58° above the horizon and its light passes through high-up cirrus clouds made up of plate-shaped ice crystals, according to the University of California geography department.

In its full form, the ice halo will appear as a large, colorful band running parallel to the horizon. Despite its common name “fire rainbow,” the phenomenon is not a rainbow nor fire.