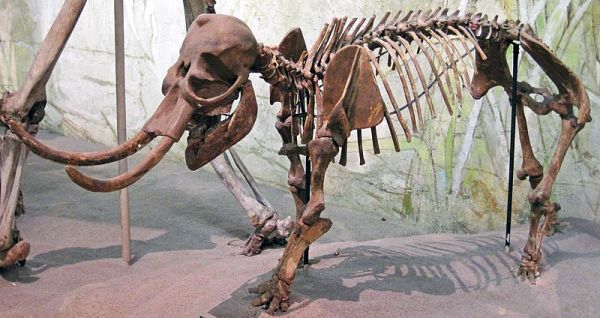 Some time in the distant past, African straight-tusked elephants (which were larger than existing elephants) traveled to Sicily when the Mediterranean sea level was low, and then got stranded there. They somehow evolved into dwarf elephants. The first dwarf species on the island was around the size of a Shetland pony! But it went extinct, and then came a slighter larger species which, at 1000 kilograms, was still quite small for an elephant. Fossils from Puntali cave in Sicily give a somewhat confusing timeline for Sicil’s elephants, but now mitochondrial DNA has been extracted from a fossil, and its sequencing may yield answers.

It shows that the Puntali elephants were isolated on Sicily at least 175,500 years ago, but potentially as recently as 50,000 years ago.

This then allowed the team to estimate that the elephants shrank in size by up to 200kg per generation, shedding 8,000kg to reach just 15% the size of the straight-tusked elephant within 40 generations.

‘We have produced a range of realistic evolutionary scenarios,’ explains Victoria. ‘I would not be surprised if evolutionary rates were even higher than our highest estimate, but only new data on Sicilian and other southern European material will refine this further.’

Read more about the research on dwarf elephant DNA at the British Natural History Museum. -via Damn Interesting