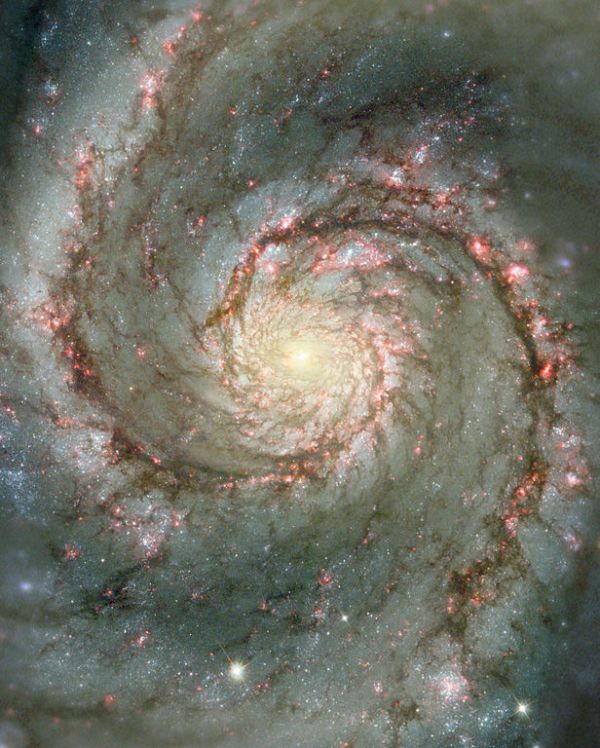 Over the past 30 years, we’ve marveled at how astronomers can detect and collect data on exoplanets outside of our solar system. But all the exoplanets found so far have been in our Milky Way galaxy. That is, until data detected by the Chandra X-ray Observatory in 2012 was analyzed and interpreted.

Now Rosanne Di Stefano at the Harvard-Smithsonian Center for Astrophysics along with several colleagues, say they have found a candidate planet in the M51 Whirlpool Galaxy some 23 million light years from Earth near the constellation of Ursa Major. This alien world, christened M51-ULS-1b, is probably slightly smaller than Saturn and orbits a binary system at a distance of perhaps ten times Earth’s distance from the Sun.

The observation was possible because of a special set of conditions. The planet’s host binary system consists of a neutron star or black hole which is devouring a massive nearby star at a huge rate. The infall of stardust releases huge amounts of energy, making this system one of brightest sources of X-rays in the entire Whirlpool Galaxy. Indeed, its X-ray luminosity is roughly a million times brighter than the entire output of the Sun at all wavelengths.

Now wait a minute. This exoplanet is 23 million light years away, so what they discovered is that there was a planet there 23 million years ago. In astronomic terms, it may as well be today, since we couldn’t have detected it any earlier because X-rays travel at the same speed as visible light. At any rate, a binary system with a black hole eating a star is pretty darn neat, and the story of how astronomers detected this planet amid all that data is pretty neat, too. Read that story at Discover magazine. -via Damn Interesting

Rating First Evidence of a Planet in Another Galaxy is 5.0 / 5 Votes: 5
Please wait...
Loading...
Related articles