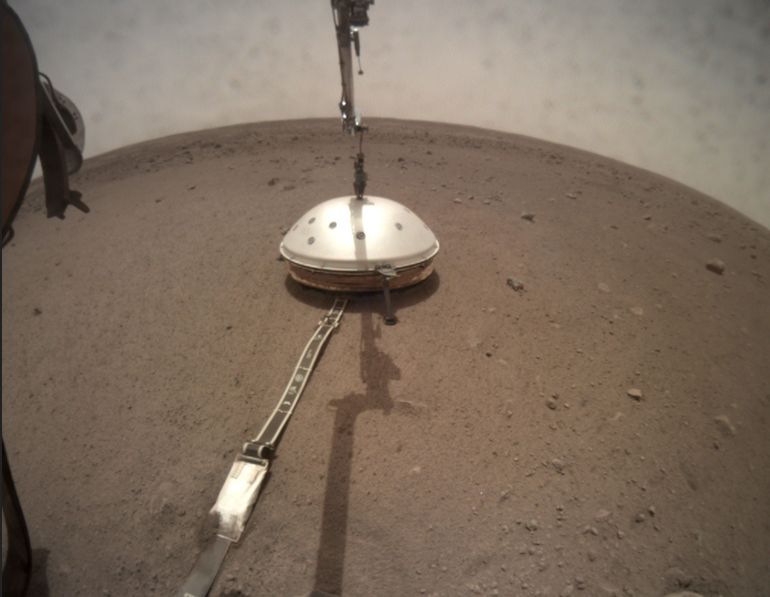 Thanks to marsquakes, which are described as the shaking of the surface or the interior of Mars, experts now have an idea on what the interior of the red planet looks like. The data from NASA’s InSight mission was used to map the interior of the planet, from the thickness and structure of the crust and upper mantle to the revelation of a molten core, different papers have provided a huge amount of information to answer the long mystery of a once unknown part of Mars:

The liquid core of Earth’s planetary neighbor is quite a departure from our own planet’s deepest characteristics. Composed mostly of an iron-nickel alloy, the Martian core extends about 1,100 miles out from the center, about halfway to the surface. Meanwhile, Earth’s inner core is also mostly an iron-nickel alloy but it’s a dense, solid ball with a radius under 800 miles. A liquid iron and nickel outer core surrounds it.

The papers also describe the crust layer as being about as thin as Earth’s, only reaching about 15 to 45 miles beneath the surface.

These new conclusions were drawn from measurements taken by InSight’s seismometer, which measures the vibrations of quakes as they rattle through the interior of Mars. By measuring the quakes’ speeds and intensities as they travel throughout the planet’s layers, scientists pieced together a likely idea of the planet’s composition.