I recently hosted a socially-distanced outdoor barbecue for 12 people. (The Delta protocols were a hassle, but I’ll save that story for another entry.) Group gatherings can generate a lot of garbage, which the wife and I were keen to avoid. So while stocking up at a local store, we made some alternative purchasing decisions in order to host a greener event.

1) Use Mason jars for drinkware. 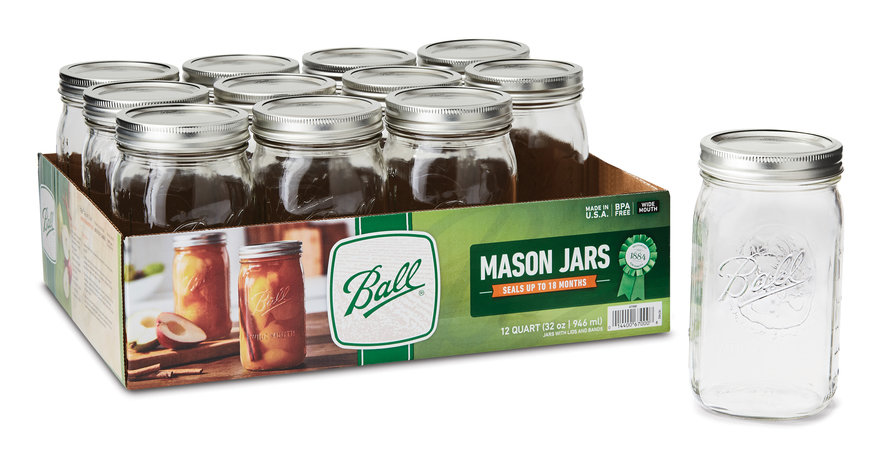 Rather than reaching for the red Solo cups, we picked up a 12-pack of Mason jars. Prior to the event, we wrote everyone’s name in Sharpie on the cap, filled the jars with water, and left them in an ice-filled cooler at the outdoor site.

Writing everyone’s name on the cap, in addition to the social distancing, ensured there were no drink mix-ups. Everyone also used the same jar throughout the day. At the end of the event, most guests opted to keep the jar, as was our intent. The two left behind, the wife and I washed out and will continue to use. 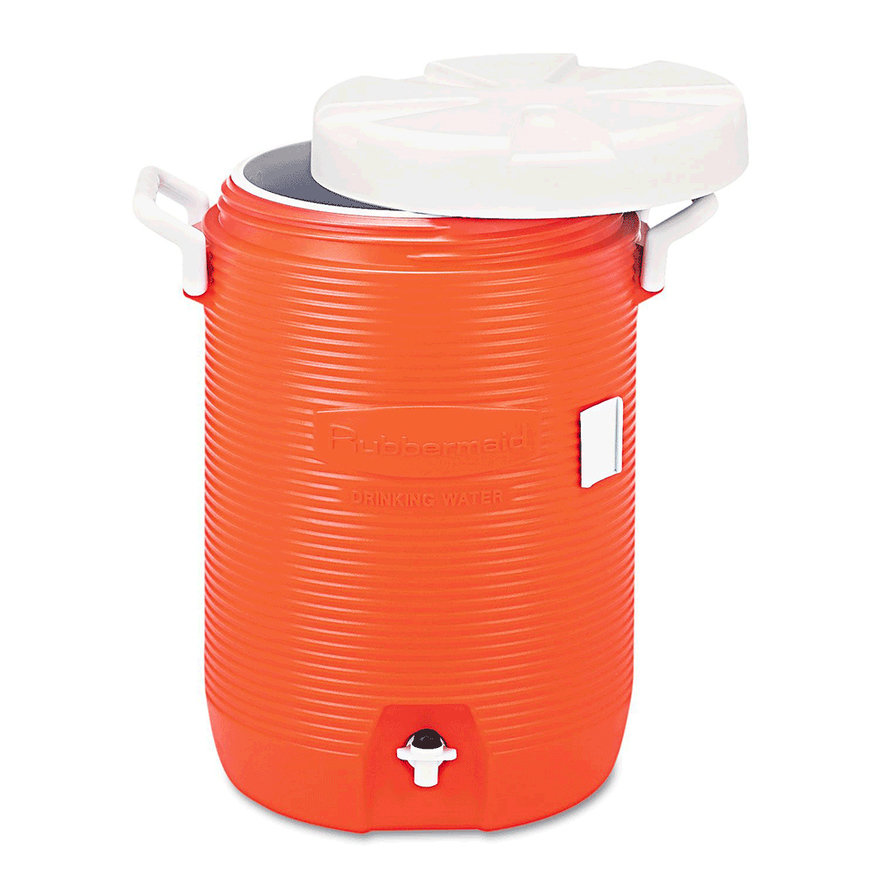 In this hot weather we wanted to keep everyone hydrated, without going the bottled water route. To avoid single-use plastics, I borrowed a five-gallon water cooler from a neighbor, and set it up at the barbecue site for everyone to refill their Mason jars from. It worked out great.

3) Use bamboo chopsticks rather than plastic cutlery. 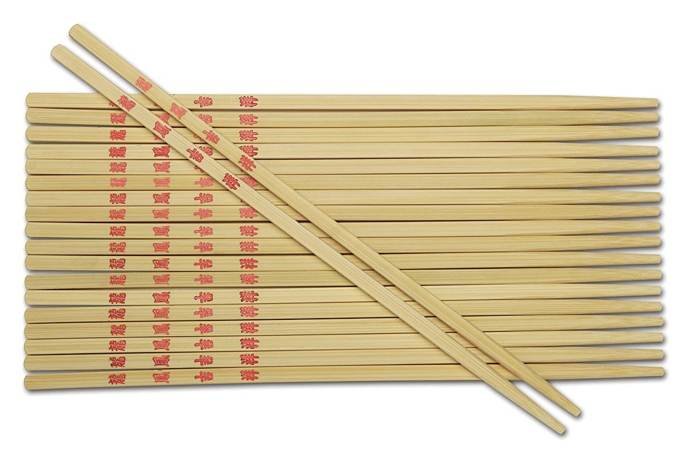 We don’t own enough metal cutlery for 12 people, so we went with an alternate solution.

This might not fly everywhere, but most of the people we hosted happen to love Asian food and are well comfortable with chopsticks. (We only had one guest who insisted on cutlery, which we provided.) We spent $2.44 on a 12-pack of bamboo chopsticks. Bamboo is sustainable, and the chopsticks are durable and can be washed and re-used. Even if you end up throwing them out, at least they’re biodegradable and won’t leach microplastics into the soil.

Chopsticks are obviously not viable if you’re having soup or steak, but we were eating pulled pork, salad, potato salad, mac-and-cheese, et cetera. (I don’t know if you’ve ever eaten a green salad with chopsticks—a habit I picked up in Japan–but assuming you know how to use them, I find it’s actually easier and less messy.) We also had ribs, which I separated for the guests using my (disinfected) pocket knife. 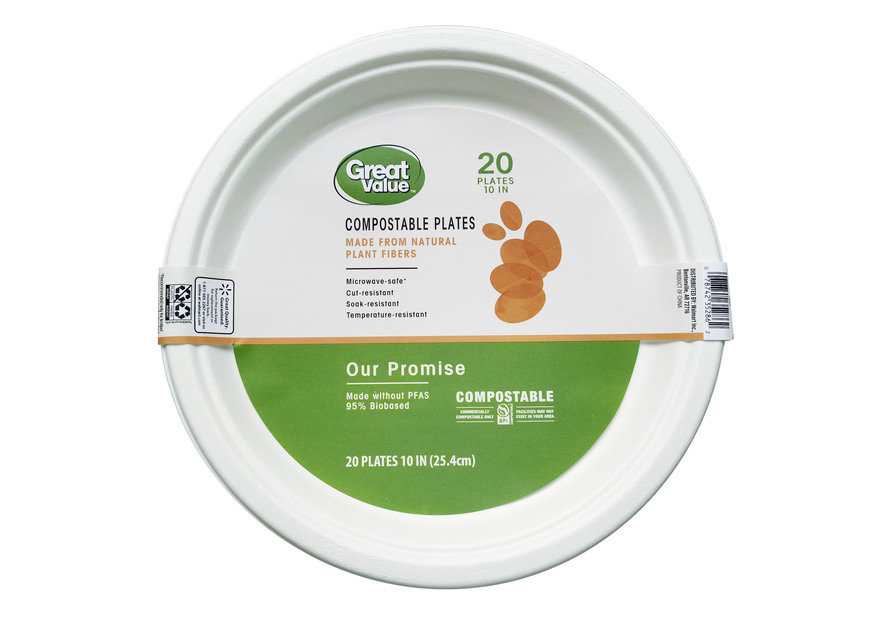 Often made from sugarcane waste, you can find these plates in practically every supermarket these days. I think I spent 3 bucks for 20 plates. They’re thick and sturdy enough to stand up to barbecue grease without collapsing the way a paper plate would. 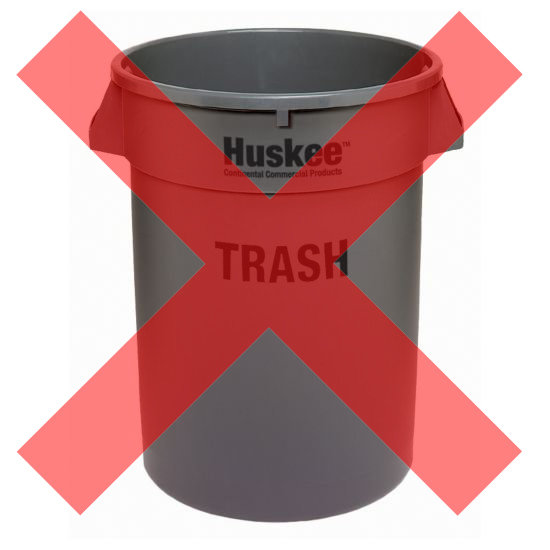 The whole notion of a “garbage can” really needs to be re-thought. We provided three containers: One for recyclables (beer bottles and caps), one for food waste—the guests scraped their plates off into these at the end—and one for the paper towels that the guests used as napkins. As mentioned above, the other stuff was gathered up.

The recyclables were recycled, the food waste went to our dogs and chickens, the compostable plates went into the garden. The plastic wrapping that the plates, paper towels and chopsticks came in was dropped off at a local supermarket that recycles plastic films. The paper-towel-napkins were the only waste generated by us. (If it wasn’t for these COVID times I’d have gone with reusable cloth napkins.)

A Mistake We Made

There was, however, one major category of waste that I failed to avoid. For the barbecue we ordered out, and all of it came in Styrofoam containers. I was kicking myself. With better planning I might’ve been able to buy or borrow enough large Glasslocks or other food storage containers, and brought it to the barbecue restaurant to load up. Lesson learned.

All of this took a little bit of extra planning, and I undoubtedly spent a few bucks more, but I was happy with the result. I’ve been to dozen-person barbecues before where the waste generated was several Hefty bags full of unsorted trash, and I’m glad we avoided that. Next time I hope to avoid the Styrofoam too.