In 1926, a 2,000-ton steel-hulled schooner named Buckau made an extraordinary crossing across the Atlantic. Although the Buckau was technically a sailing ship, it had no sails—at least, not conventional ones.

Rather than thin masts and billowing sheets of white, the Buckau had two huge cylinders that rose from its deck and spun. By a physical phenomenon called the Magnus Effect, the spinning poles generated a propulsive force that carried the ship forward. It’s the same force that footballers use to bend a corner kick, cricketers use to swing a delivery, and a tennis player use to hang the ball just a little longer in the air. 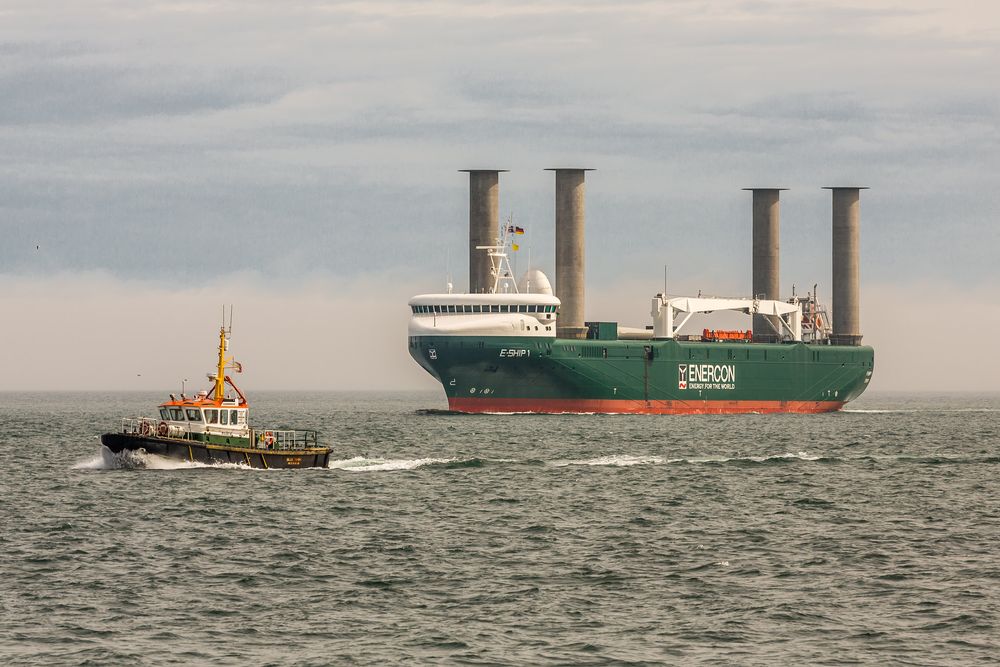 The vertical columns on this ship are not smokestack. They are rotating sails. Photo: Alan Jamieson/Flickr