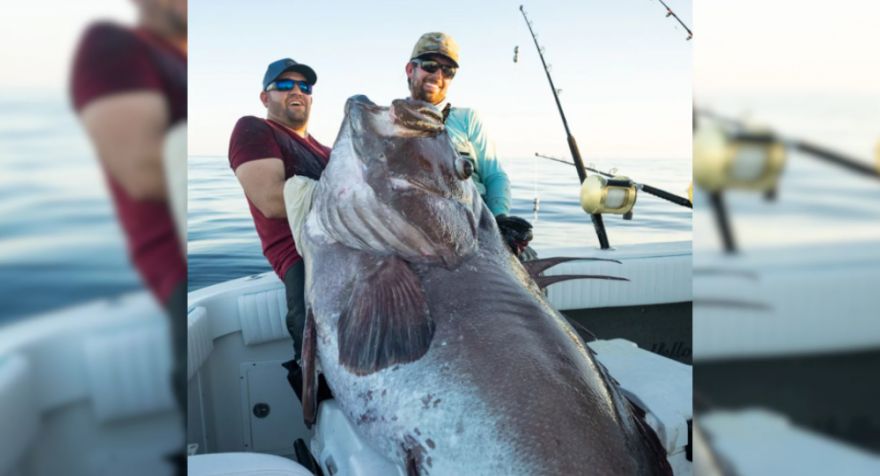 ‘It’s a monster,’ the fishermen claimed as they managed to reel a seven-foot-long Warsaw grouper. Joshua Jorgensen, founder and producer of BlacktipH Fishing Show, alongside Capt. Jason Boyll of SoNar Fishing was able to nab a Warsaw grouper after a four-hour trip to  Pulley Ridge. The ridge is home to the grouper breed and other fish species, and Jorgensen and his companions didn’t have to wait for more than five minutes to get a bite on one of their reels:

“Within five minutes of fishing, Jason got a bite on his reel. He started reeling and the line got very tight,” BlacktipH Fishing’s news release reads. “A giant Warsaw had taken the bait!”

Boyll reportedly reeled the fish 150 feet up in a span of 10 minutes while Jorgensen switched places and “continued cranking the fish all the way to the surface.”

Both men reeled in the large fish, which Jorgensen estimated took between 15 and 20 minutes of “fight time” and more than 400 feet of hand-cranked line.

“It was a monster! The fish floated to the surface and we all started screaming,” Jorgensen explained. “We didn’t realize how difficult it would be to bring this fish in the boat. It took four grown men to lift this fish over the gunnels and into the boat.”

The caught grouper measured longer than seven feet and had sharp dorsal spines that measured over two feet in length.