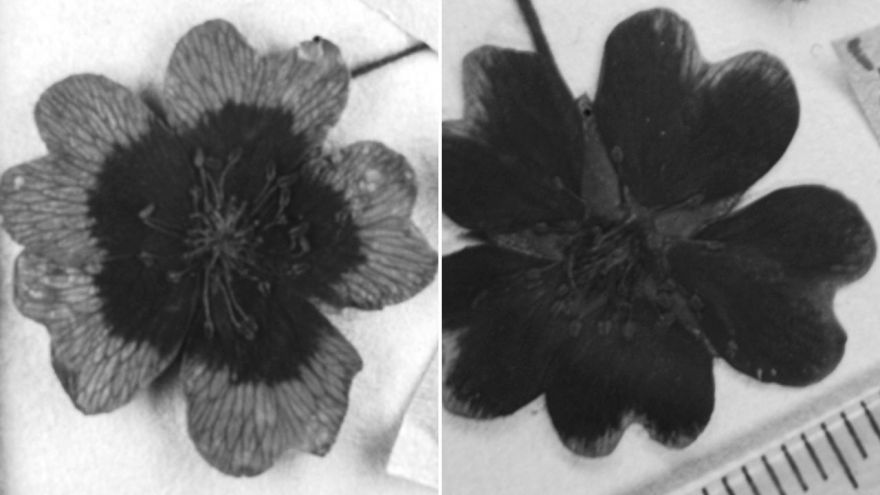 Plants and animals try their best to adapt to the rapidly changing climate by moving to other territories and shifting breeding seasons. Apparently these aren’t the only ways they cope with climate change! Researchers have discovered that for the past 75 years flowers tend to adapt to temperature and declining ozone by altering their color. To be specific, flowers are altering ultraviolet (UV) pigments in their petals, as Science Magazine details:

To find out, Koski and colleagues examined plant collections from North America, Europe, and Australia dating back to 1941. In all, they examined 1238 flowers from 42 different species. They photographed flower petals from the same species collected at different times throughout their natural range using a UV-sensitive camera, which captured changes in UV pigment. They then matched these changes to data on the local ozone level and temperature.

On average, pigment in flowers at all locations increased over time—an average of 2% per year from 1941 to 2017, they reported this month in Current Biology. But changes varied depending on flower structure. In saucer-shaped flowers with exposed pollen, like buttercups, UV-absorbing pigment increased when ozone levels went down and decreased in locations where ozone went up. But flowers with pollen concealed within their petals, such as the common bladderwort, decreased their UV pigment as temperatures went up—regardless of whether ozone levels changed.

Though surprising, the finding “makes total sense,” says Charles Davis, a plant biologist at Harvard University who was not involved with the work. Pollen hidden within petals is naturally shielded from UV exposure, but this extra shielding can also act like a greenhouse, trapping heat. When these flowers are exposed to higher temperatures, their pollen is in danger of being cooked, he says. Reducing UV pigments in the petals causes them to absorb less solar radiation, bringing down temperatures.Although such pigment changes may be indistinguishable to the human eye, they stand out like a beacon to pollinators like hummingbirds and bees.