Germany’s mixed success with Zeppelins during the First World War convinced the British and the Americans to take a closer look at these flying behemoths. Although airships turned out to be poor bombers because of their lack of maneuverability, the Navy was interested in exploring their other capabilities.

The British wanted to connect their great empire with airship routes. For this purpose they constructed two large helium-filled airships. One made a successful trip to Canada and back, but when the other crashed on its way to Karachi, killing forty eight people on board, the remaining one was grounded and the British lost interest in rigid airships. 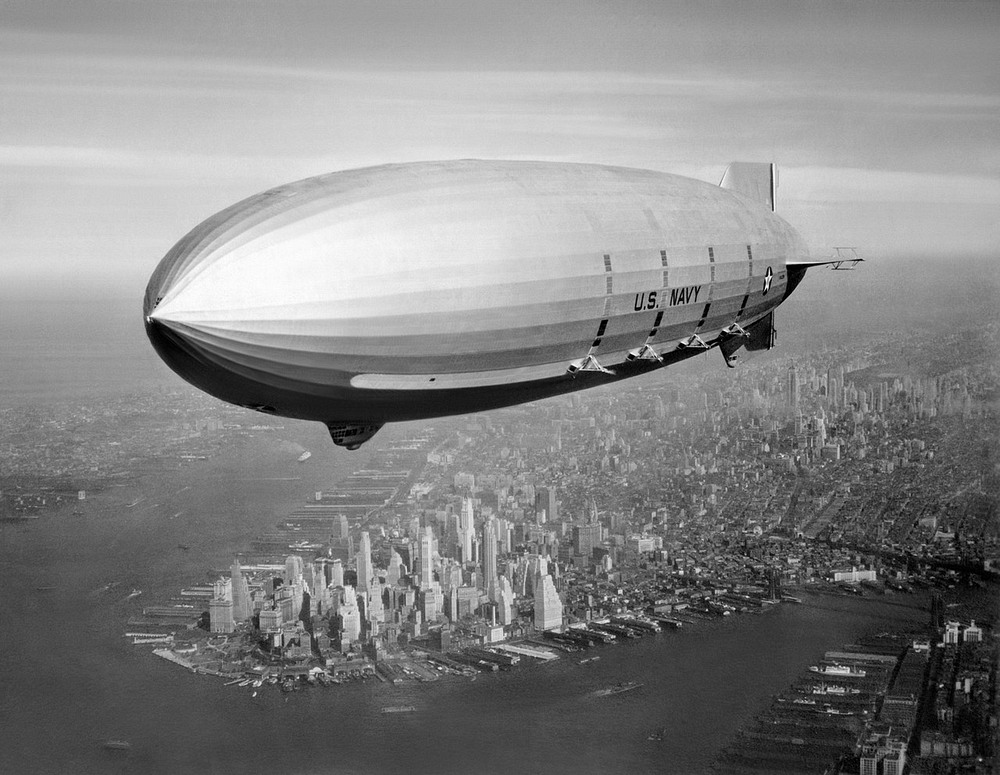 The USS Macon flying over New York Harbor, circa summer 1933.