The crypto currency market collapsed in the first half of this year, and since then, the topic of hapless crypto traders and owners has remained incredibly relevant for all joke lovers. In fact, people like to read about other people’s failures – especially when the story looks really funny.

We simply project other people’s mistakes onto ourselves, conclude that we have acted more intelligently without making this particular mistake, and this makes us happy. Especially when other people’s fails look so incredibly stupid that if someone compiled a worldwide encyclopedia of stupidity, they would definitely be included there.

What else attracts people to the story that we are about to tell you now is that it combines the themes of crypto and family drama, which turns out to be a complete hurricane combo. The original tweet, written by an advice columnist at the Financial Times, not only went viral with over 71.5K reactions, but generated a wave of absolutely fiery comments from netizens all over the world. So, let’s figure out what’s what. 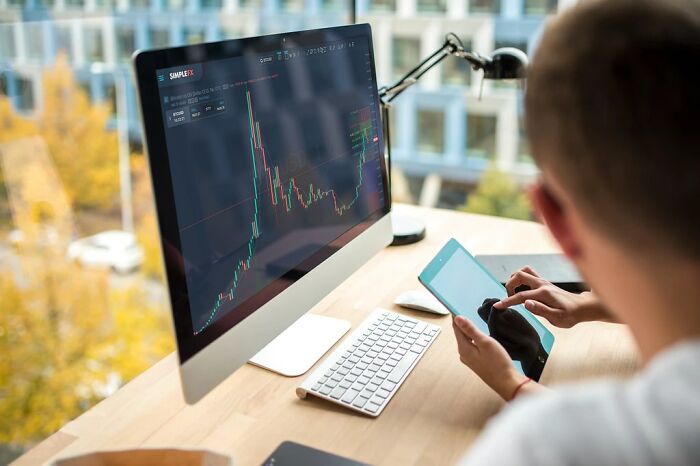 Recently, the author of the original tweet got a message from a man who divorced his wife about a year ago. Well, it happens and nobody’s actually perfect in this world… But when negotiating during the divorce proceedings, the man wanted to get more than his ex-wife so much that he offered her a non-standard deal.

During the divorce negotiations, the man offered his wife their house while he got all the crypto assets

Approximately half of the couple’s assets were in crypto, and at the time, a year ago, the crypto market was in a phase of active growth, so the man sincerely hoped that this growth would continue. In general, he offered his wife a deal to divide the joint property as follows – the house with all its contents would go to her, and all crypto assets – to him. 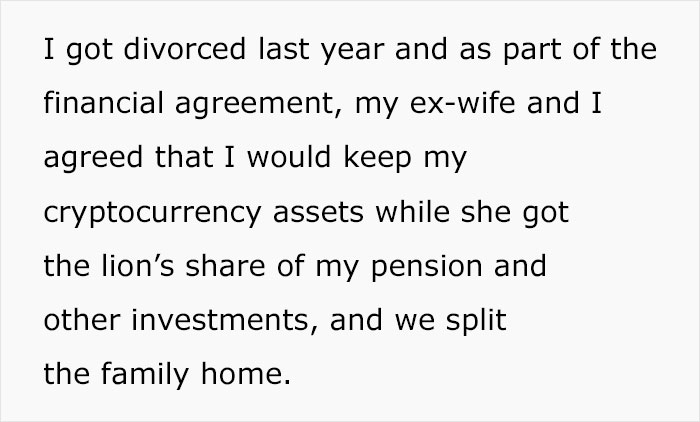 Now we don’t know whether the woman was simply better-versed in market trends than her ex-husband, or she just preferred the good old-fashioned real assets, but she agreed to the offer. All the conditions were fixed by an agreement, the former spouses divorced – and a few months later, the market collapsed and crypto literally flew into the abyss. 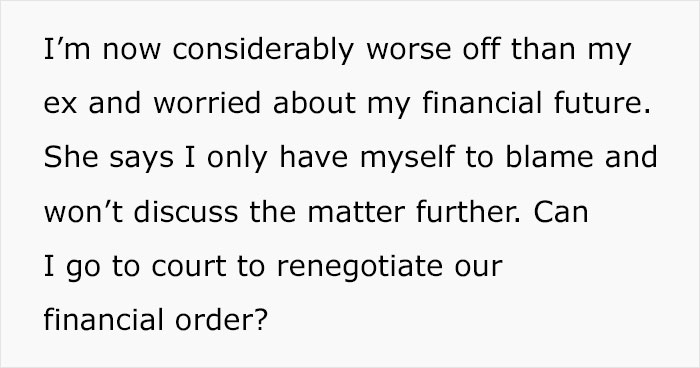 As the crypto market crashed several months ago, the ex-husband attempted to turn the tables… with his former wife

And now, as the unlucky crypto enthusiast admits, if his former house did not fall in price at all, then the total value of the assets that went to him under the terms of the proposed agreement by him has more than halved.

Of course, now the man realized has that he did something really stupid, and asked for advice – is it possible to somehow turn the tables? Moreover, the wife, whom he had obviously addressed even earlier, reasonably said that he had no one to blame but himself.

For sure, the contract is not retroactive, and now the ex-husband will only have to resolve issues with his assets and hope for a gradual stabilization of the crypto market. And refrain from reading Twitter – after all, commenters, on the contrary, excel in wit about his own short-sightedness.

For example, they suggest wondering – what would happen if the wife sold the house immediately after the divorce, unsuccessfully invested, for example, in stocks, and then demanded that her husband compensate for the consequences of her rash decision? According to commenters, the lawyer clearly did not advise the hubby to come up with such an idea – but now that’s what he gets. 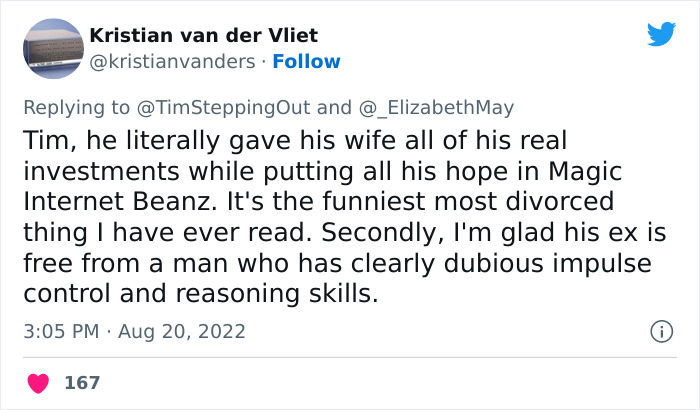 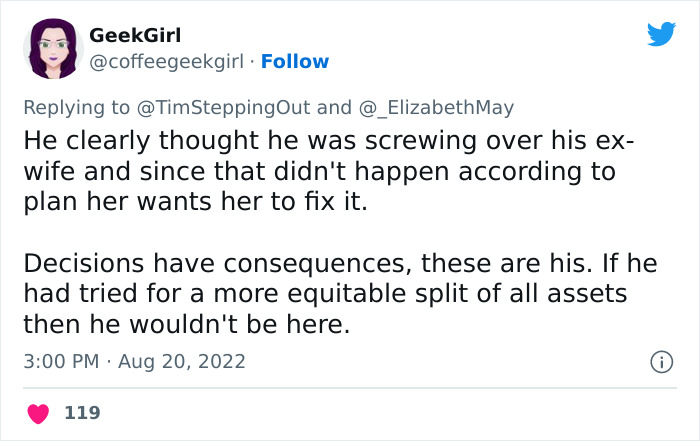 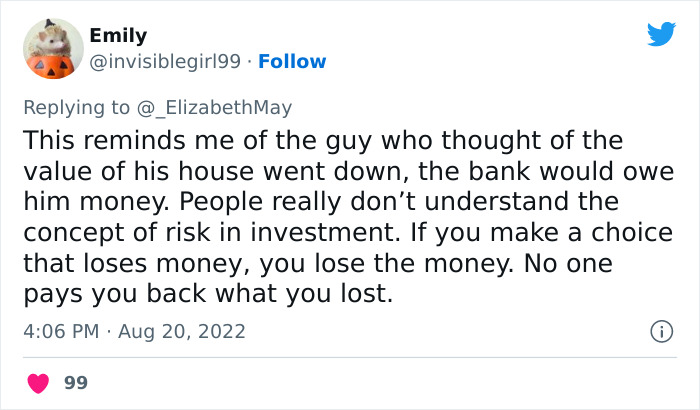 People in the comments also willingly joke about crypto lovers. Probably, as one of the commenters writes, it was precisely the decision to transfer half of the family assets into crypto currency that became one of the factors in the premature end of this marriage. And now all that remains is to complain about the injustice of the surrounding world and this life.

Moreover, commenters reasonably note that nothing prevented the husband, immediately after the end of the divorce proceedings, from cashing out some of his crypto assets and converting them, for example, into stocks or bonds, because common wisdom is to diversify. Well, he did not, and now, as his wife rightly said, he can only blame himself for the current situation. 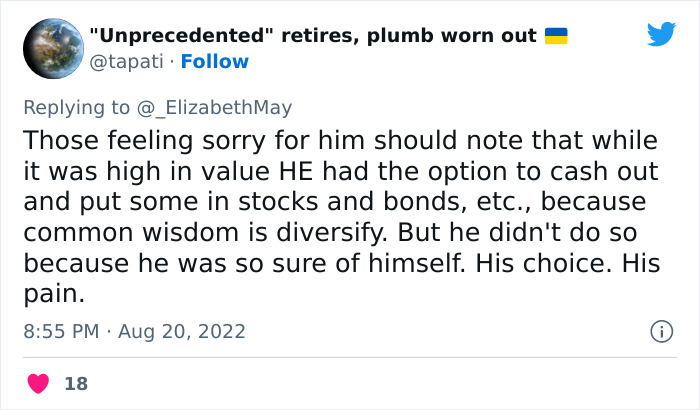 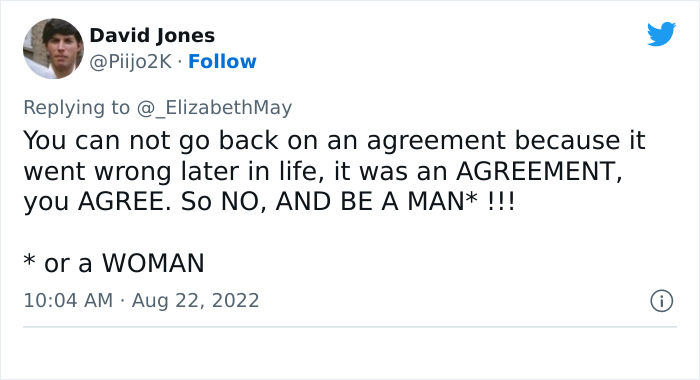 To expand on the topic of crypto, you can always read our selection of the best reactions and memes about the collapse of the crypto market, and we also look forward to your opinions on this very situation. Comments are highly appreciated, as usual.

The post Folks Online Are Cracking Up At This Man For Choosing Crypto Assets Over The House In His Divorce first appeared on Bored Panda.