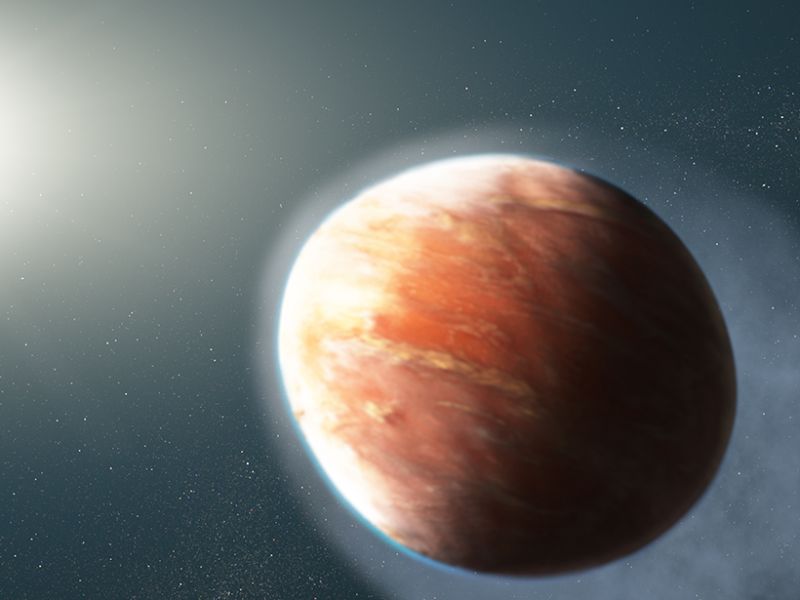 Astronomers have recently detected an exoplanet that is so hot such that its atmosphere emits magnesium and iron out into space instead of condensing them into clouds. They called it WASP-121b. The reason for its very high temperature is that it closely orbits its star, about 15 times closer than Mercury is to the Sun.

The researchers, led by astrophysicist David Sing at Johns Hopkins University in Baltimore, Md., measured the ultraviolet spectrum of WASP-121b using the Hubble Space Telescope. They looked for imprints of elements and molecules on the distant star’s spectrum as the planet passed in front of it.

“Heavy metals have been seen in other hot Jupiters before, but only in the lower atmosphere,” Sing said in a statement. “With WASP-121b, we see magnesium and iron gas so far away from the planet that they’re not gravitationally bound.”