No one is really obligated to tip. But if you spend enough time on the internet, which most of us do nowadays, you know that heated debates about tipping culture in the US continue to rage online. Because millions of servers and bartenders across the country rely on patrons’ generosity as their main source of income. But when the customers feel that the pressure to tip and tip well has become more like a cultural duty than a measure of excellent service, the practice seems to be getting out of hand.

While it is expected to reward a job well done, is it really fair to ask the customer to leave a 20% tip on an order he placed on his own? And then drove to the restaurant to pick it up himself? Well, as the Tiktoker TheJManComesQuick said in his video: “It’s crazy!”

The man recently went viral for calling out tipping culture after he couldn’t fathom why he was asked to tip on a pick-up order he placed on a pizza place’s website. Scroll down to read about the incident in full, as well as the discussion that followed. Then be sure to let us know what you think about the situation in the comments! 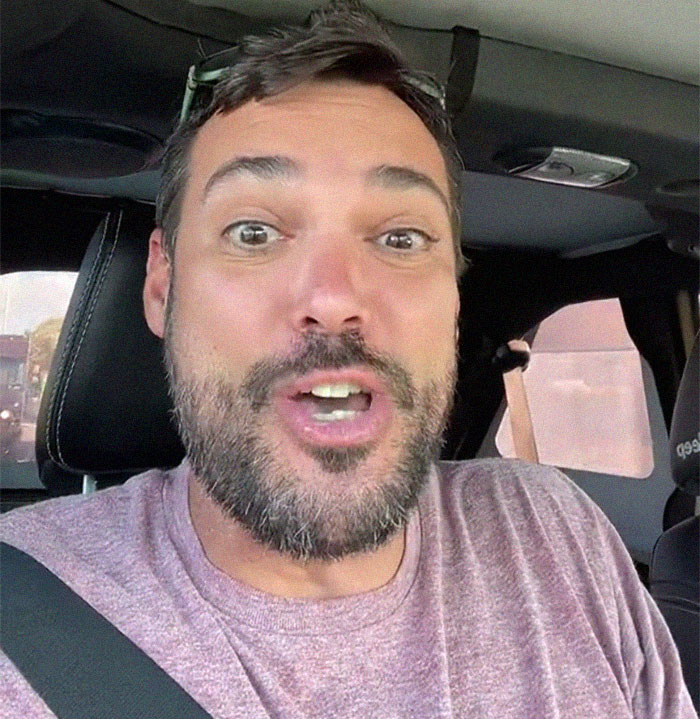 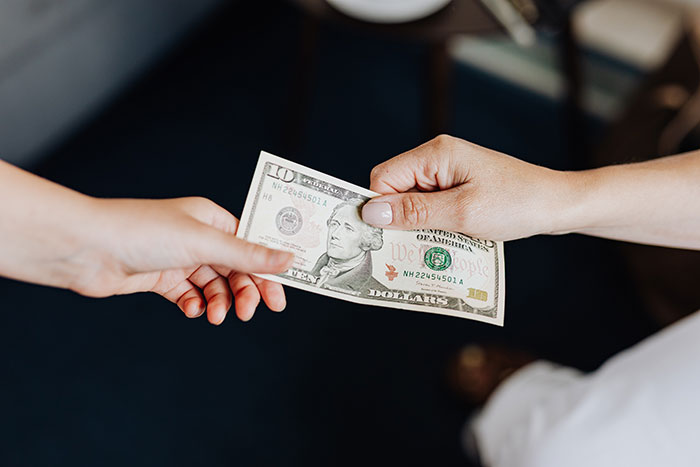 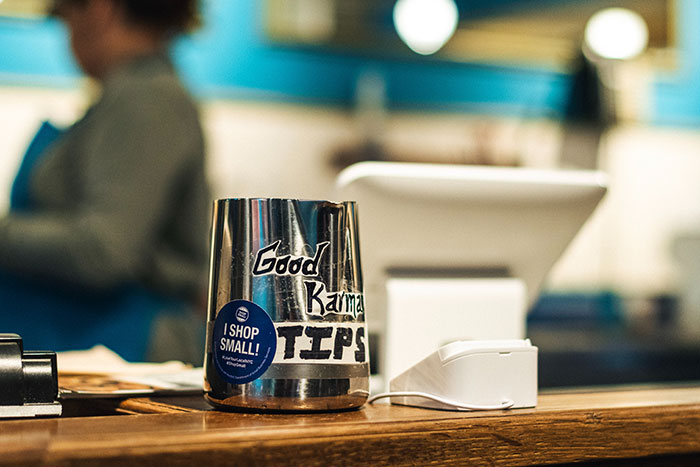 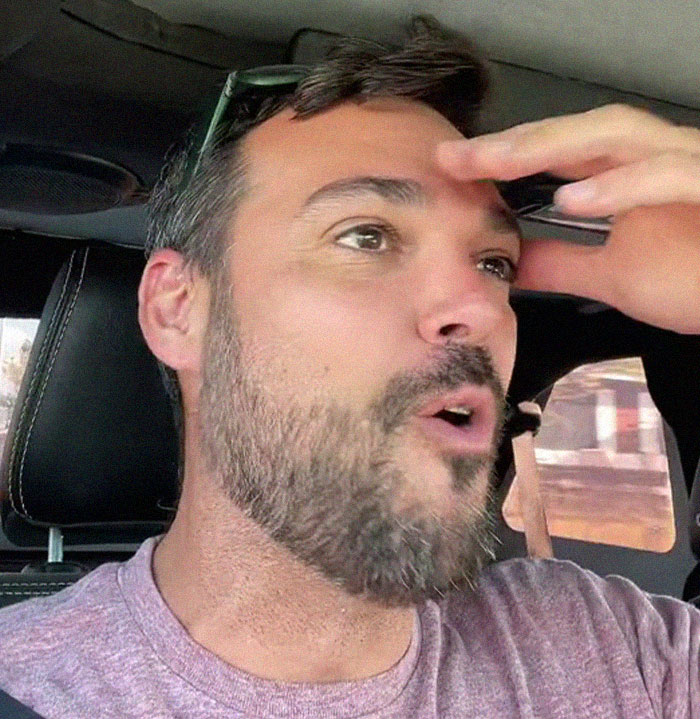 You can hear the man tell the full story right here

Guessing from the heated discussion that followed the Tiktoker’s video, the controversy around the gratuity system in America is still alive and well. Although many people are divided on the matter, the vast majority of viewers agreed with TheJManComesQuick by saying that the tipping culture is getting out of control. Many shared their own experiences with confusing tipping practices at restaurants, coffee shops, and other places where dedicated workers expect additional compensation.

Later on, the TikToker posted a follow-up video addressing the reaction from his followers. “So apparently, my rant about our excessive tip culture was very popular,” he said. “Most people by far were in agreeance like ‘It’s gotten out of hand everywhere.’”

The man also noted he pays a gratuity whenever somebody provides a service. “Honestly, if I go to a coffee shop or something and I’m spending $5 on a coffee, and they’re like, 20%? Sure, I’ll pitch you a buck. You’re making my coffee. No problem.”

But apparently, some viewers pointed out they still like to tip for pick-up orders to show appreciation for the staff. “A lot of people are like, ‘But they’re making your pizza, though.’ Yes, I’m paying for that,” TheJManComesQuick said.

“It was like 30-something bucks for the pizza and whatever else I got. And if it’s a full meal and you want 20%, at least take my order over the phone.”

“Really, the main thing was I called first, and the guy was like, ‘Oh, yeah, we don’t do that anymore. You got to go to our website.’ He refused to provide service. ‘Go service yourself.’ And then they still are like, ‘Hey, but by the way, you want to tip us.’ No, I don’t,” the TikToker added.

While tipping has always been a tricky matter of business, legions of servers and bartenders hope to get a gratuity from customers as the federal minimum wage for tipped employees is only $2.13 an hour. Technically, there are no strict requirements that demand that you tip the workers, but it is still a part of their paycheck that helps them to make ends meet.

Apparently, wait staff and bartenders depend on tips for more than half of their earnings. According to Irene Tung, senior researcher and policy analyst at the National Employment Law Project, “Waiters and bartenders earn more in tips than they do from what employers pay them as an hourly base wage.”

“The median share of hourly earnings that come from tips account for 58.5 percent of wait staff’s earnings, and 54 percent of bartenders’ earnings,” she added. “On a monthly basis, these tips add up. We found that the median monthly tip earnings for wait staff and bartenders are $867, suggesting that many of these workers depend on their tip earnings to pay for essential expenses such as rent and utilities.”

But should you tip on takeout orders? While takeout gratuity rules are somewhat fuzzy, a Food & Wine magazine article noted that the short answer is yes. In fact, to-go orders take priority in a restaurant, so they deserve a tip just like a server looking after your table. “20% is the minimum. And if you pick the order up yourself, the tip will go to the person who put it in the bag for you.”

“Tipping on takeout orders is the right thing to do,” H.G. Parsa, professor of lodging management at the University of Denver, told USA Today. “Even takeout involves some amount of service, and we should tip those employees.”

However, Clayton Murtle, an account executive for a marketing company in Brooklyn, New York, presented a case against takeout tipping. “To me, a tip is a recognition of extra service beyond providing the food,” Murtle said. “It’s an interesting symptom of tipping culture that we still feel obligated to tip when restaurants are doing the one thing that should be included in the price of the food.”

Bored Panda would love to hear your opinions about the matter. Do you believe that tipping on pick-up orders is a good or a bad idea? How do you handle a request for a takeout order tip? Feel free to share your thoughts below in the comments!

The video immediately sparked a discussion about tipping culture in the comments, here’s what viewers had to say 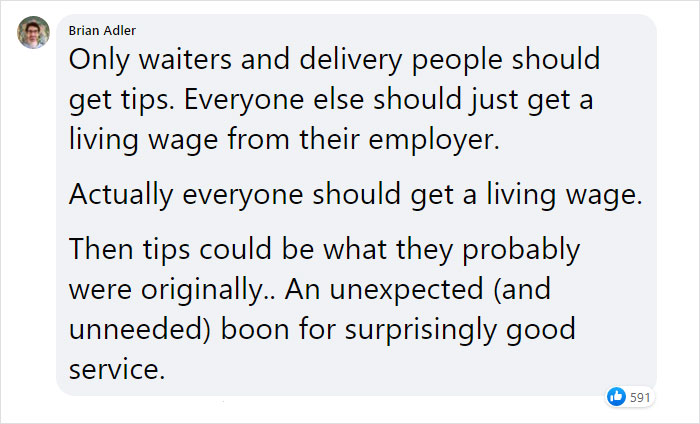 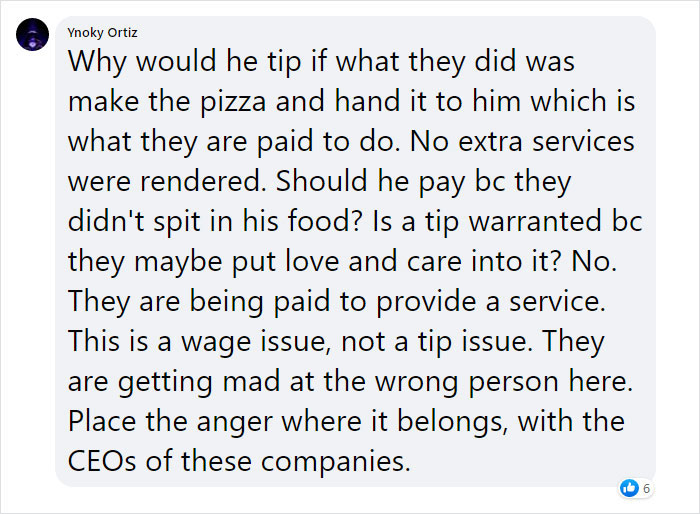 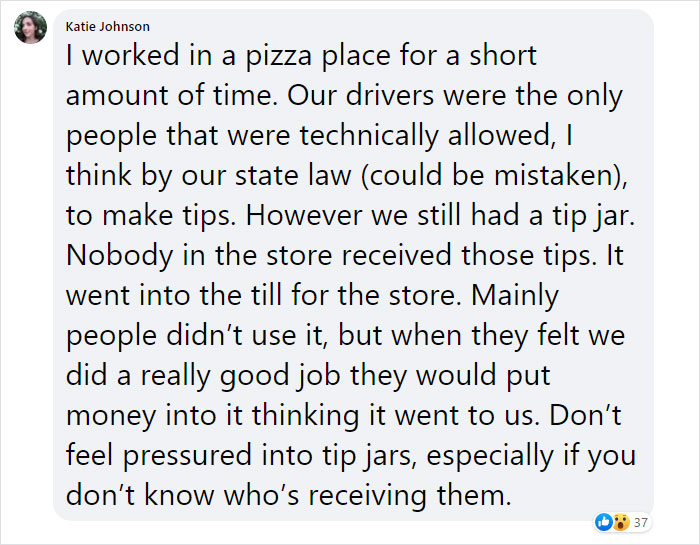 The post “For What?”: Customer Complains That People Expect A Tip For Everything These Days After He Was Offered To Tip For A Pizza He Picked Up Himself first appeared on Bored Panda.

The Pros and Cons of Responsive Web Design in 2023

“Karen Wants The Neighborhood Adult Valentine’s Party Cancelled Since She Can’t Take Her Kids”: Person Shares Screenshots To Expose A Neighbor They Have To Deal With