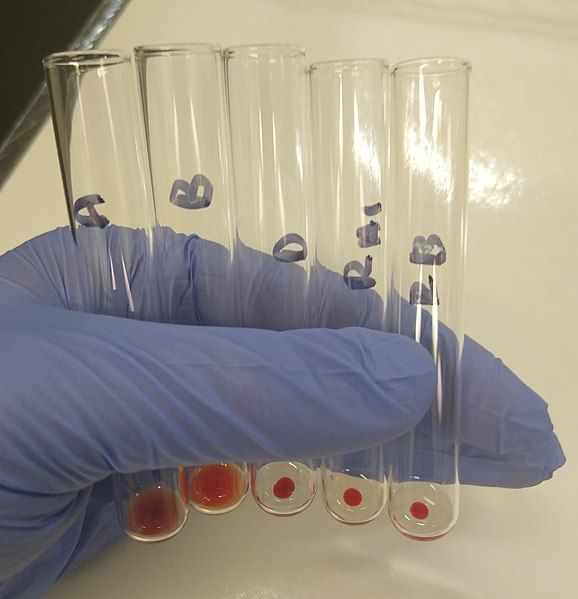 Ora Lee was a young woman who worked in a match factory in Ohio. In 1908, she discovered she was pregnant, and begged her boyfriend Guy Rasor to marry her. Rasor purchased a marriage license, but the next day, Ora Lee was found dead, shot through the head and dumped on the side of the road. Rasor was arrested, but the only evidence linking him to the crime were some bloodstains on his coat. He said it was pig’s blood. Could anyone prove otherwise? Immunologist Paul Uhlenhuth had developed a technique for distinguishing human from animal blood, but that was in Germany, and the research wasn’t well known in the US. However, Professor of Medical Jurisprudence Dr. John Spenzer of Ohio Wesleyan University’s medical school had studied in Germany. Spenzer was contacted about the case. After conducting several tests of the blood, he proceeded with Uhlenhuth’s “precipitin reaction.”

Precipitin tests rely on an unusual property in blood serum that “repels” any foreign substances. When a foreign body like a protein is introduced, the antibodies in the blood form a cloud of precipitated substance. Immunologists were interested because antigens—proteins that produce antibodies—would lead to better vaccines and blood typing. For Spenzer, how and when (and if) the reaction occurred would allow him to determine what sort of animal the blood came from. The original procedure involved a great deal of effort, however, and a strong stomach, because the chemist must first prepare the antibody serum in a process that reads more like witch-doctoring than scientific method.

Warning: the 1908 test described involves animal cruelty. The results were introduced into the murder trial of Guy Rasor, and it is anyone’s guess whether the jury understood any of it. But the Orc Lee case introduced blood expertise into American crime investigation, and you can read the entire story at Crime Reads. -via Damn Interesting