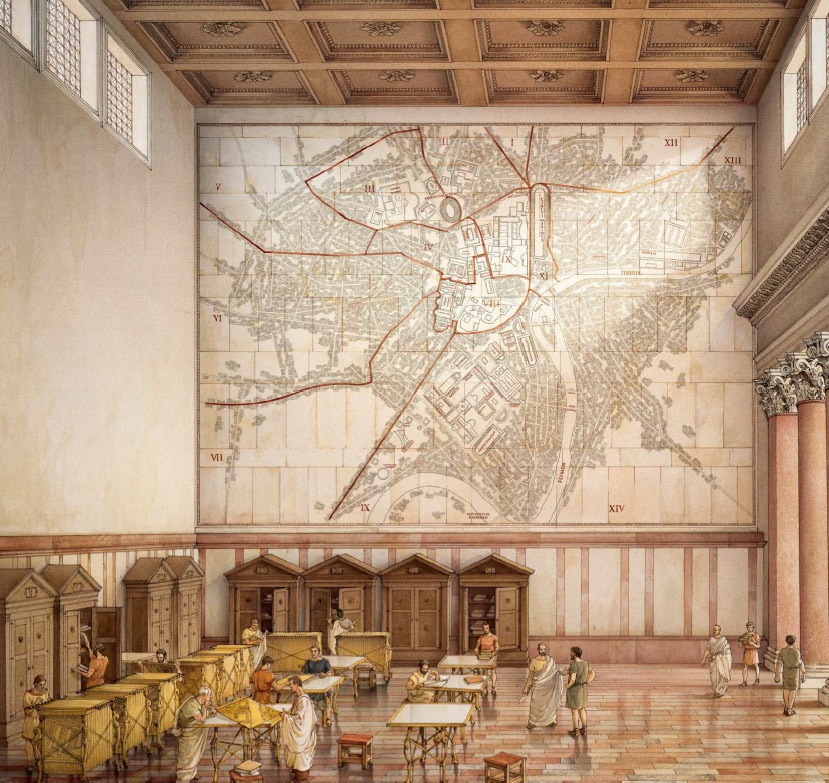 A modern illustration of the Temple of Peace with Forma Urbis, the giant map of Rome, on the wall.

At the Roman Forum in the center of Rome there once stood a grand monument called the Temple of Peace, built by Emperor Vespasian to project his might and fortify his strong public image. The Temple was razed to the ground when Rome was sacked by the Goths in the early 5th century. Only a fire-ravaged interior wall survives. This wall later became the exterior of the Church of Saints Cosmas and Damian.

Back then, an enormous map of Ancient Rome carved in marble and measuring 60 feet by 43 feet adorned this wall. The holes in the wall reveal where the individual marble slabs were attached with metal clamps. Known as the Forma Urbis Romae, or Severan Marble Plan of Rome, the map depicted Rome’s urban landmarks across five square miles in incredible detail, showing ground plans of every architectural feature in the ancient city, from large public monuments to small shops, rooms, and even columns and staircases. Each structure was meticulously labeled. It was one of the most extraordinary maps ever produced in ancient times.