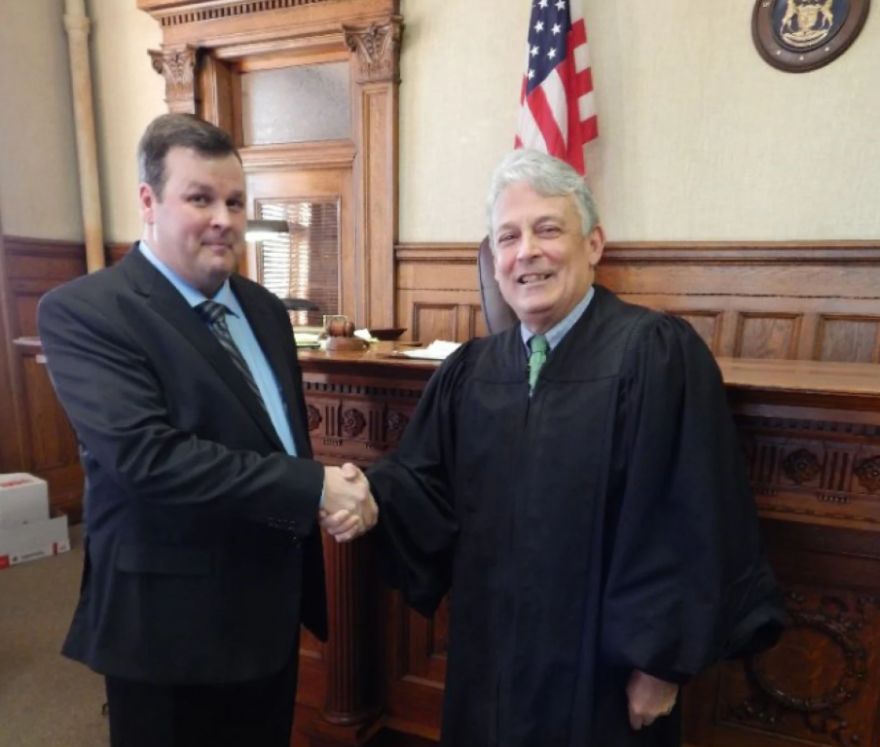 When he was 19 years old, Robert W. VanSumeren stood before the bench of Judge Michael Smith in Hillsdale County, Michigan. His life had gone out of control and he had committed a series of robberies, including a bank. Judge Smith sentenced him to six years in prison.

It took him a long time, even after he got out of prison. But VanSumeren took the help that people in his life offered him and began climbing upward. He went to community college, then university, then graduate school, then law school. He married a good woman and fathered two sons. The Washington Post shares his story:

“The feeling of being on the wrong side of the law makes such a powerful stamp on a person,” he said. “I felt strongly that the judicial system needed people like me at the table.”

After passing the bar exam in July 2018, VanSumeren underwent a lengthy investigation by the Michigan bar’s character and fitness committee. Last month, he got approval to be sworn in.

VanSumeren then asked Judge Smith to administer the attorney’s oath. The judge agreed:

“I didn’t know if the judge would go for it, but I thought it was worth asking,” said VanSumeren, who lives in Jackson, Mich., and passed the Michigan state bar exam on the first try.

Smith said he was astonished by the request. But he was also delighted.

“I have to take my hat off to him — he has changed his life,” Smith said. “It’s really quite remarkable and rare. Very seldom do you see such a successful turnaround.”

Rating Former Bank Robber Sworn-in as Attorney by the Judge Who Sent Him to Prison is 5.0 / 5 Votes: 4
Please wait...
Loading...
Related articles