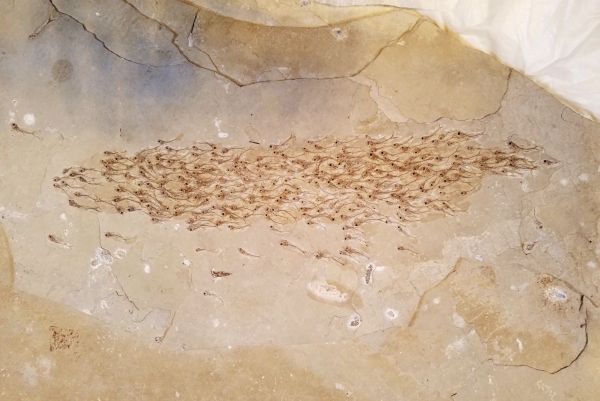 Researchers discovered a fossil showing an ancient school of fish clustered together which suggests that this behavior of swimming together in groups may have developed at least 50 million years ago.

The fossil captures a mass of 259 fish apparently swimming in the same direction. It’s unclear what killed the fish. But a suddenly collapsing sand dune, for example, could have buried them in place in a flash, knocking just a few askew in the process, the researchers suggest.

The paper was published in the Proceedings of the Royal Society B and could give scientists more insight on the evolution of such collective behavior.

-via Book of Joe