India has more foreign workers than any other country with over 16 million people living and working outside of the country. While many workers contribute to Health, technology, education and other highly skilled service industries many workers end up in low paid, labour intensive jobs in the construction industry. In countries on the Arabian Peninsula major projects such as the Kingdom Tower in Jeddah and the World cup stadiums in Qatar are highly dependant on cheap Indian labour.

Painted in Goa, India. This painting by Fintan Magee depicts four local workers holding the base of a Roman Column. The Column acts as a symbol of wealth, opulence and imperial power. The workers form the foundation of the structure, holding balance effortlessly.

The work speaks on universal aspects of human culture, power structures and worker’s rights. Asking a simple question, who holds the foundation we walk on? 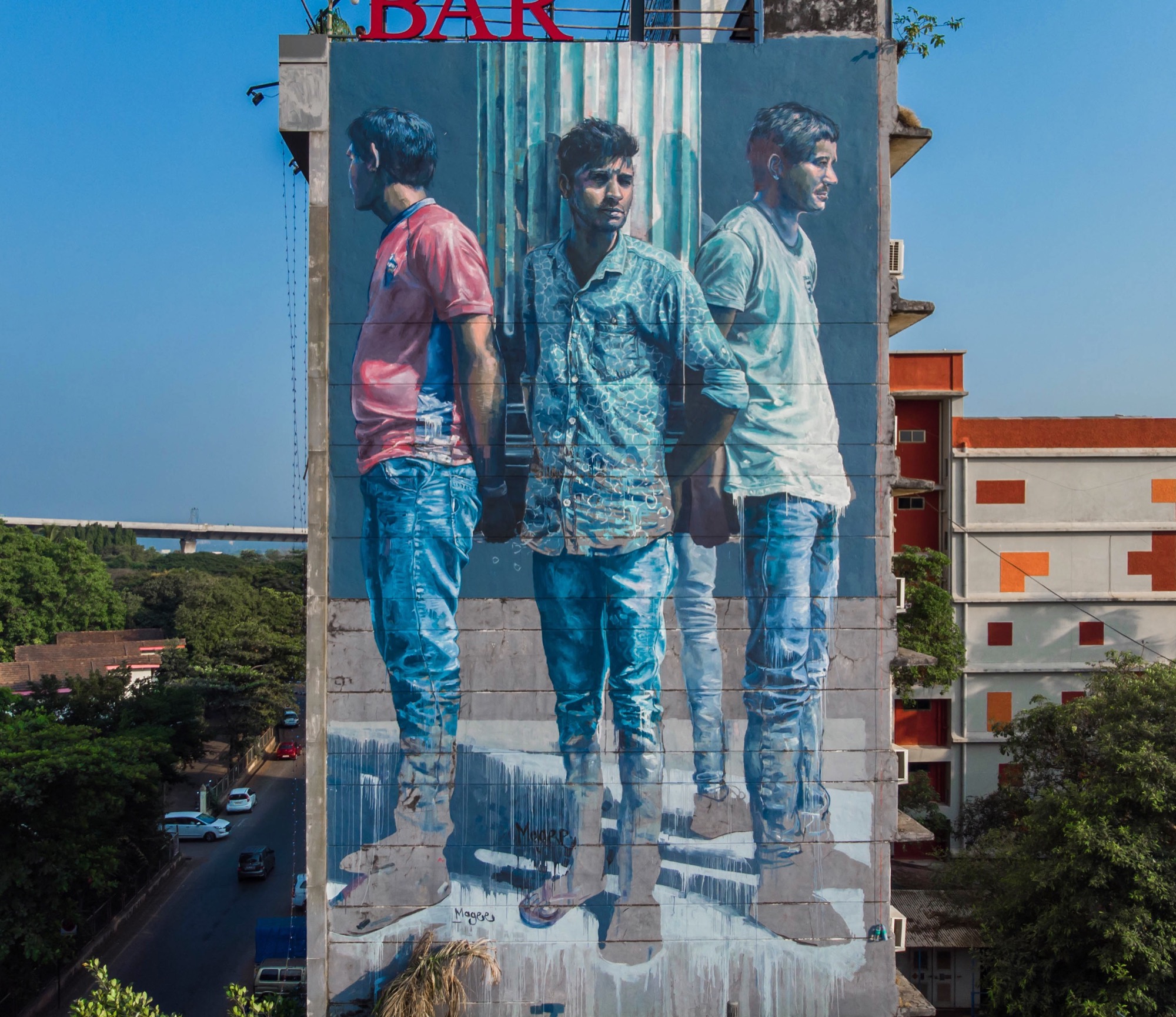 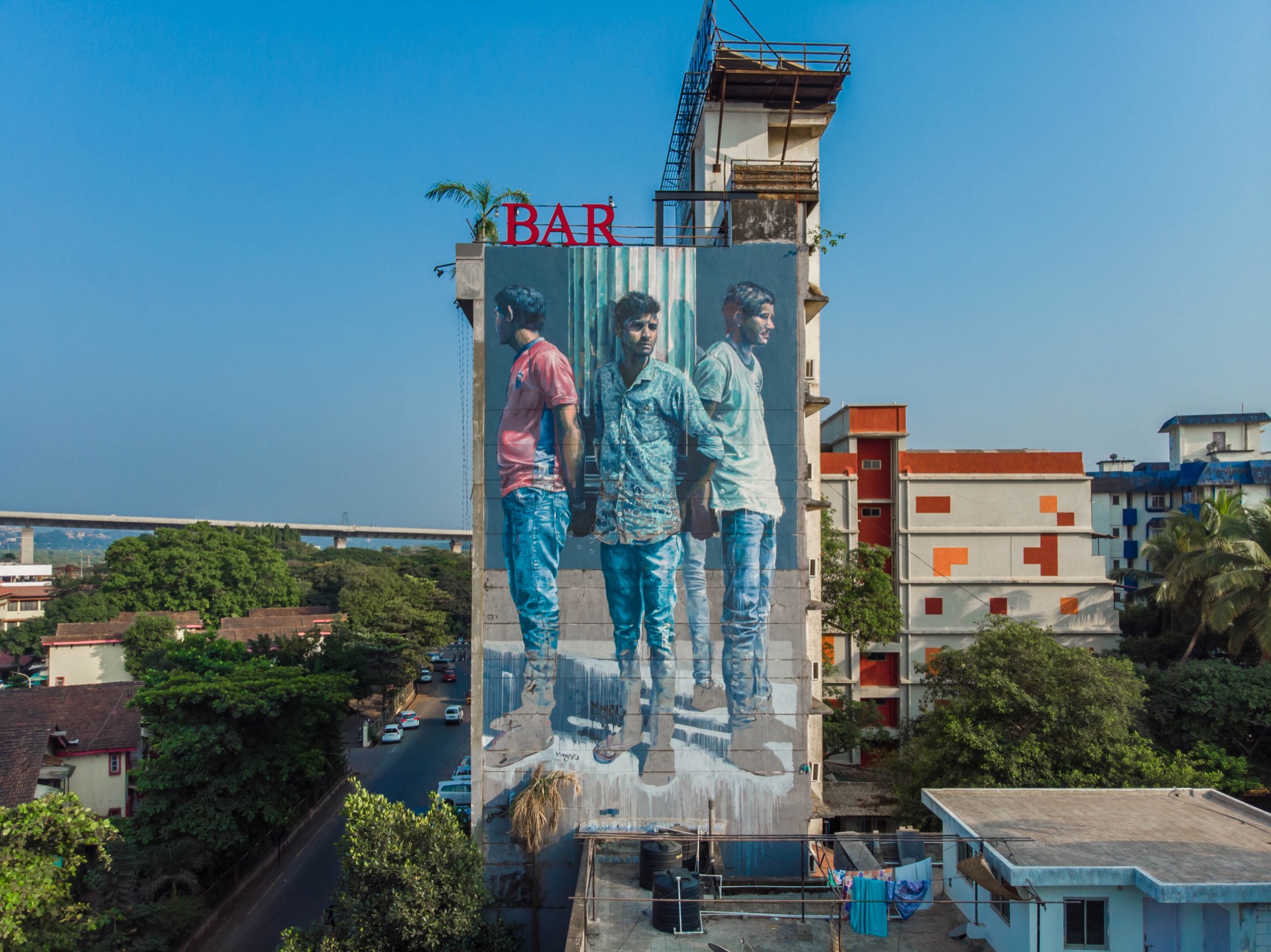 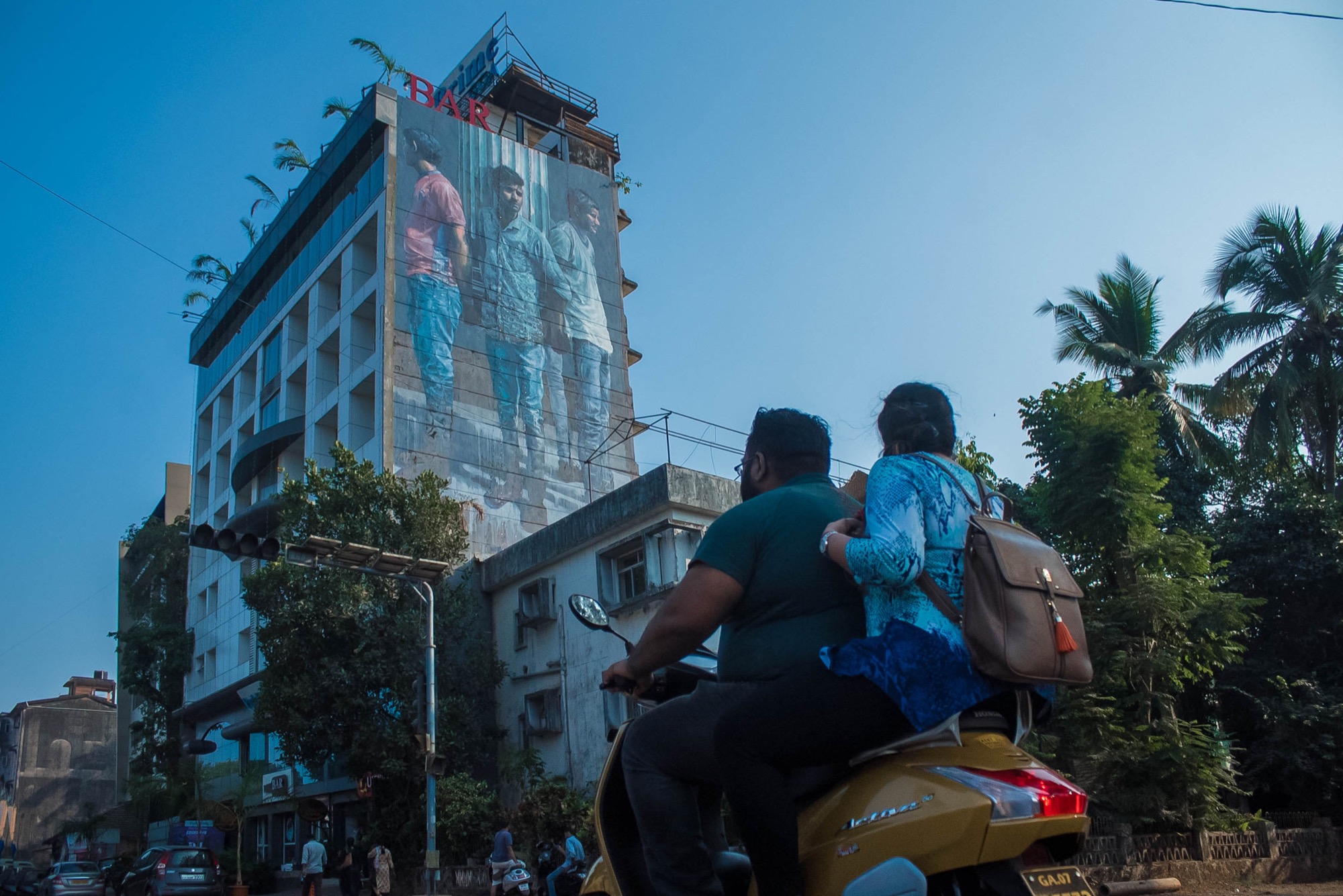 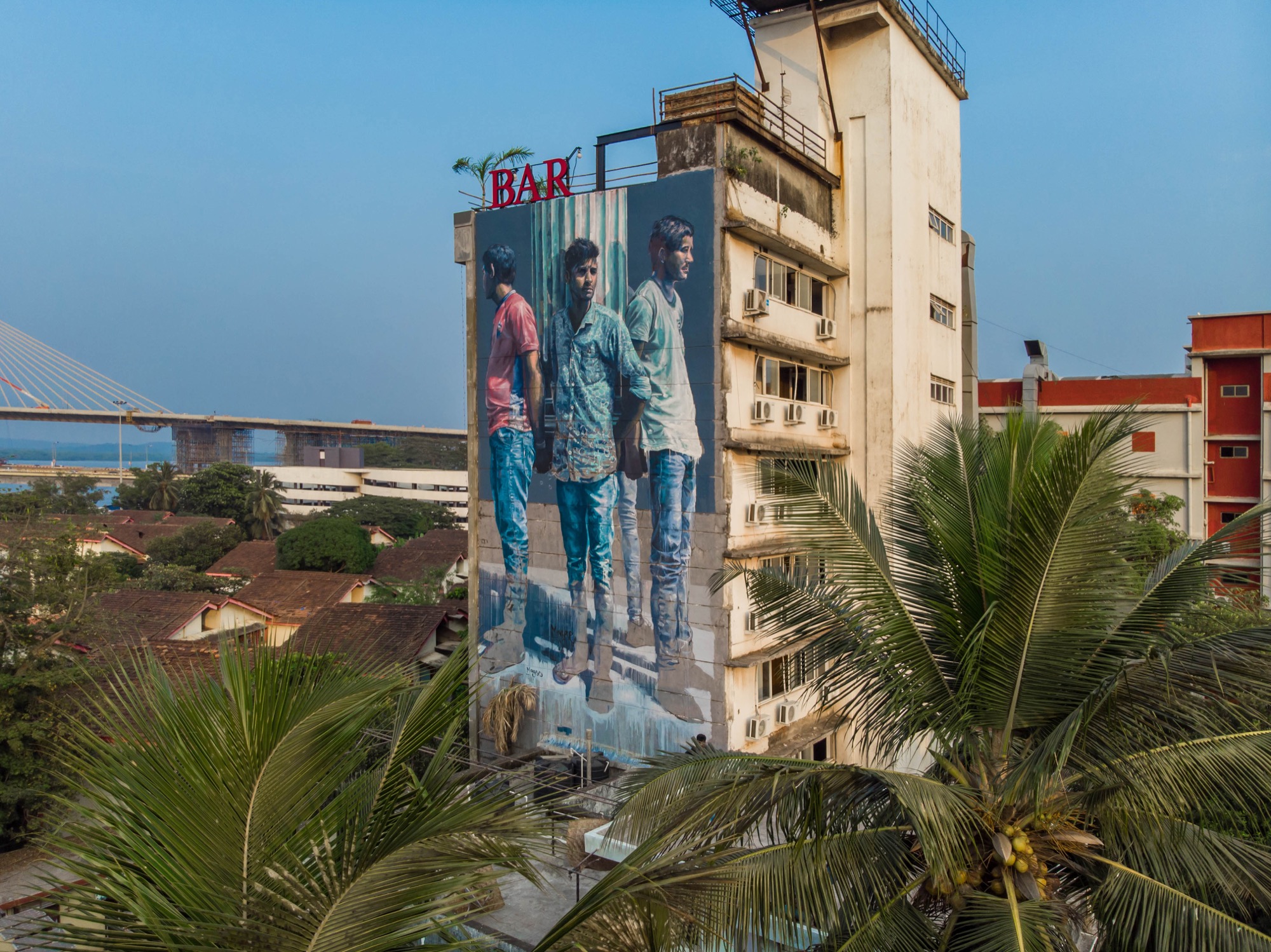