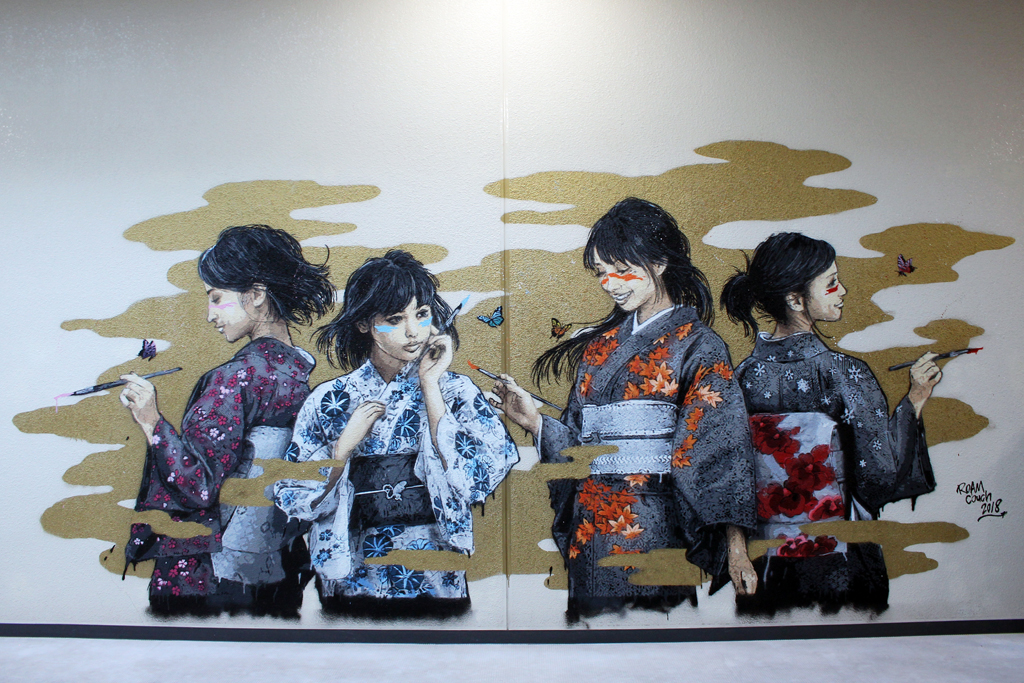 Japanese street artist Roamcouch is back with a brand new mural depicting beautiful Japanese women wearing kimono with seasonal flora including cherry blossoms, hydrangeas, maple leaves, and peonies. Entitled “Four seasons”, it’s painted as part of his project “Emotional Bridge”.
Roamcouch started this project in 2014 and has voluntarily painted 11 murals as of March 8th, 2018, in order to revitalize his hometown. His aim is to attract art fans to his hometown, Anpachi-cho, by publicly exhibiting his works of art. After starting the project, art fans from outside the prefecture have gradually begun to visit Anpachi-cho to see his murals. In addition, “Emotional Bridge” has expanded opportunities for the local people, especially kids, to be exposed to art. In 2017, Roamcouch teamed up with Japanese stencil artist PITS to paint a collaborative mural entitled “Yellow Magic Orchestra” to commemorate the tenth artwork completed in his hometown neighborhood as part of his project.
If you are in Japan, you can find “Four seasons” on 222-1, Kooritori, Anpachi-cho, Anpachi-gun, Gifu, Japan. 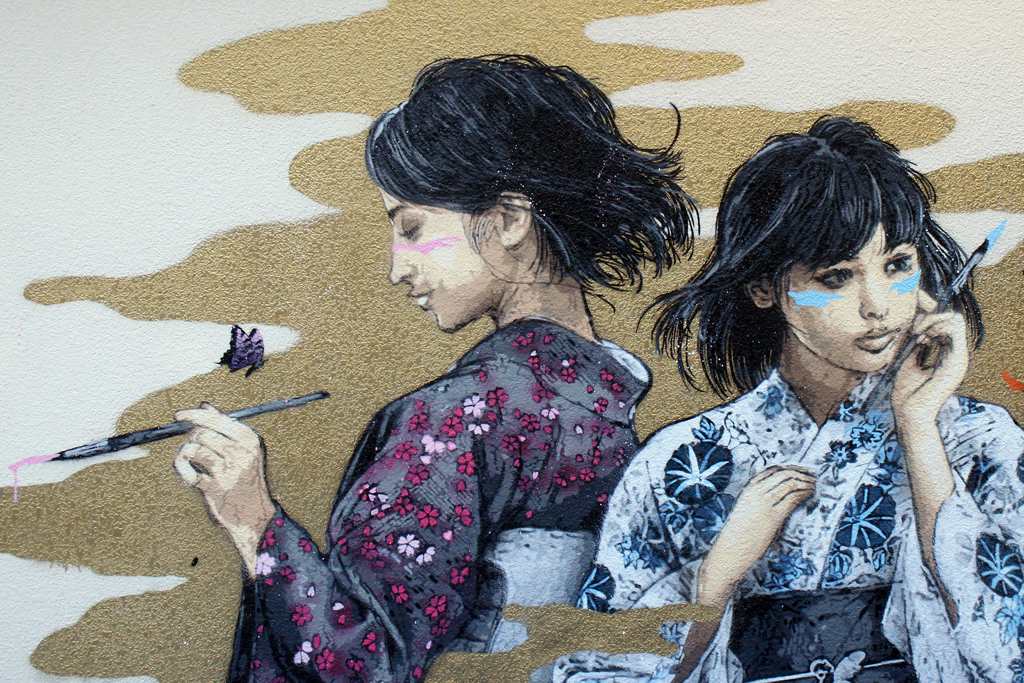 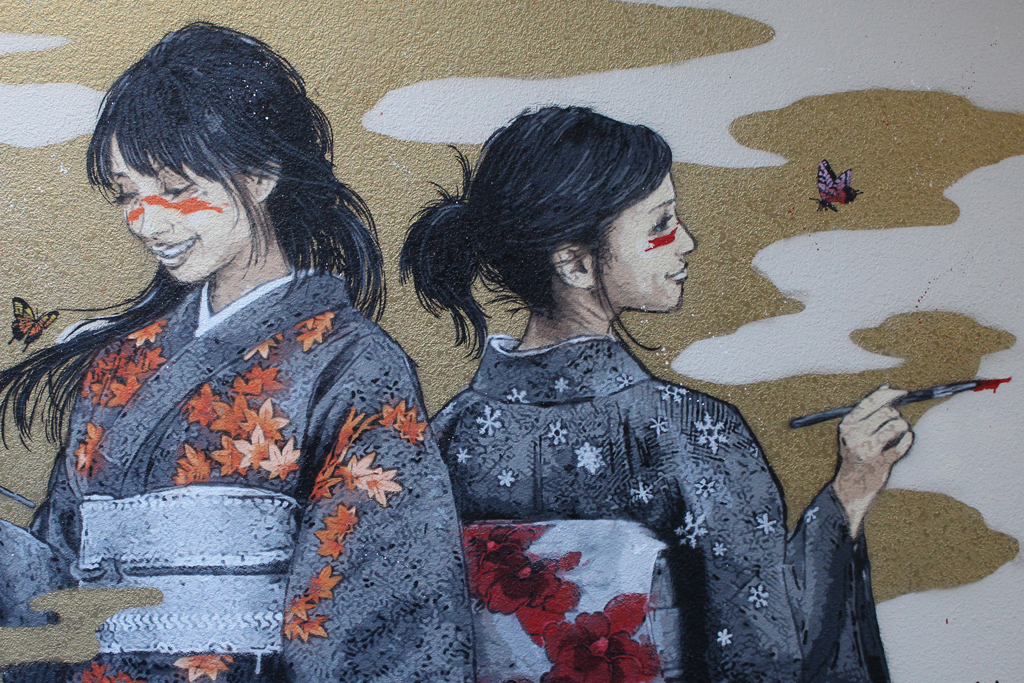 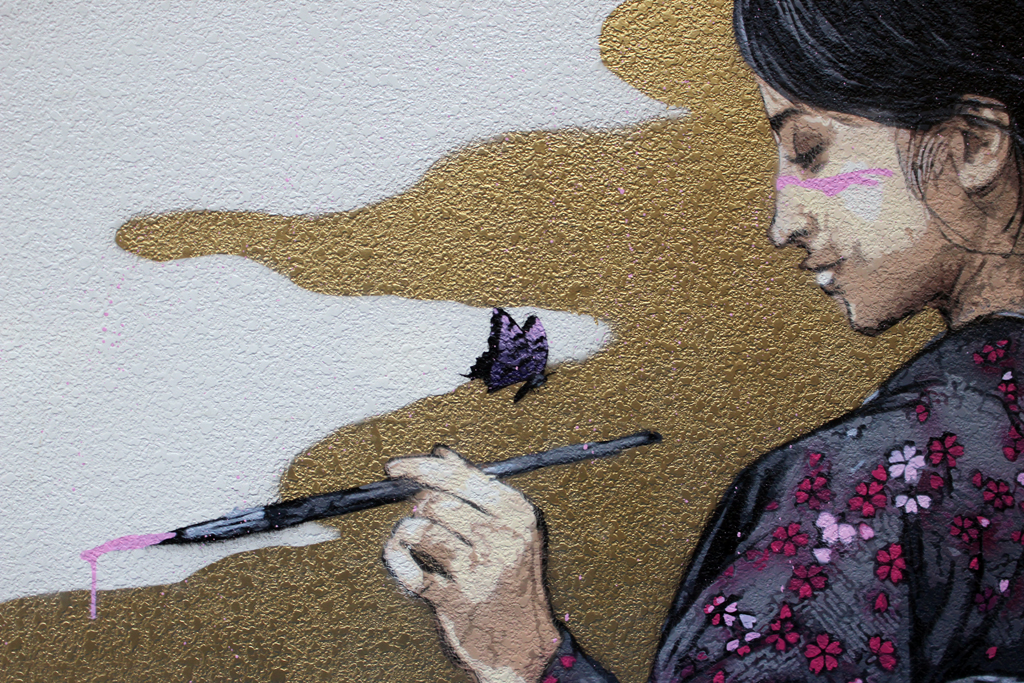 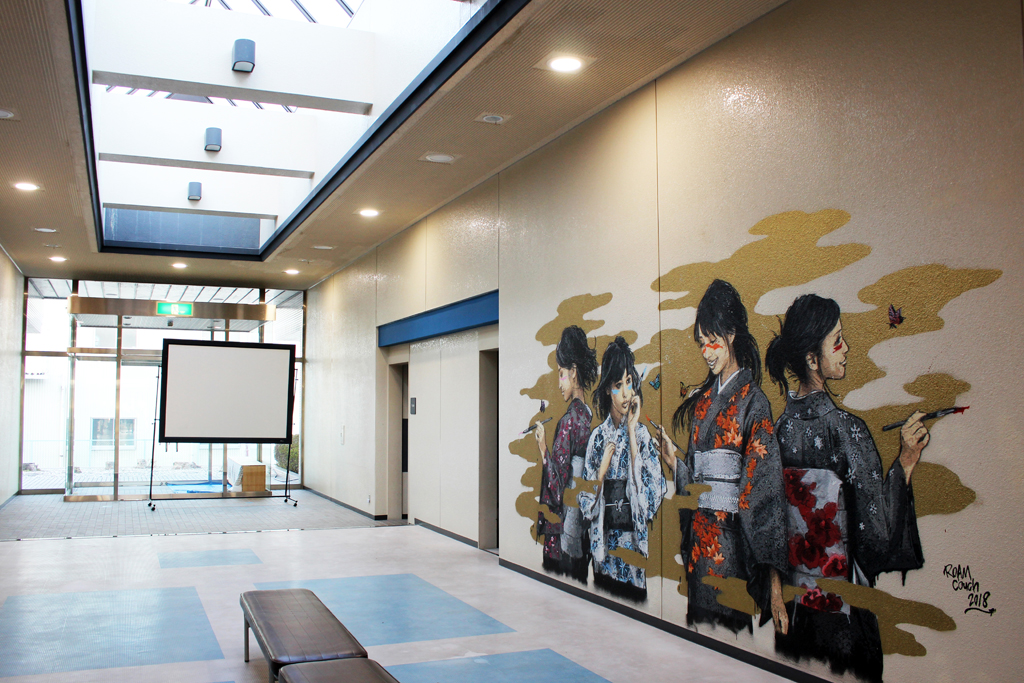 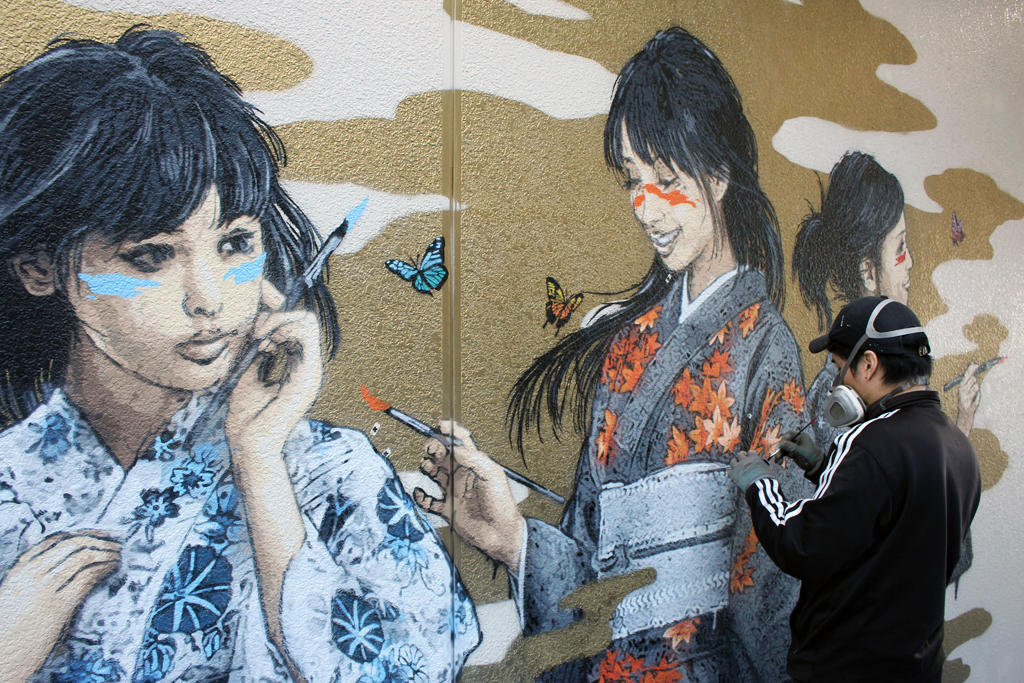 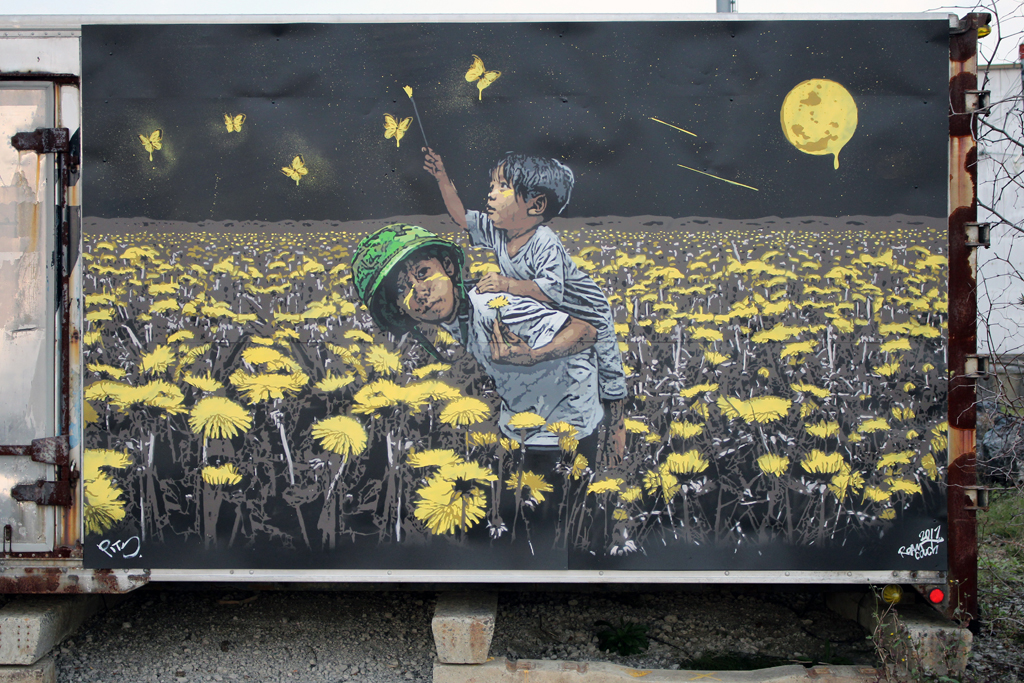 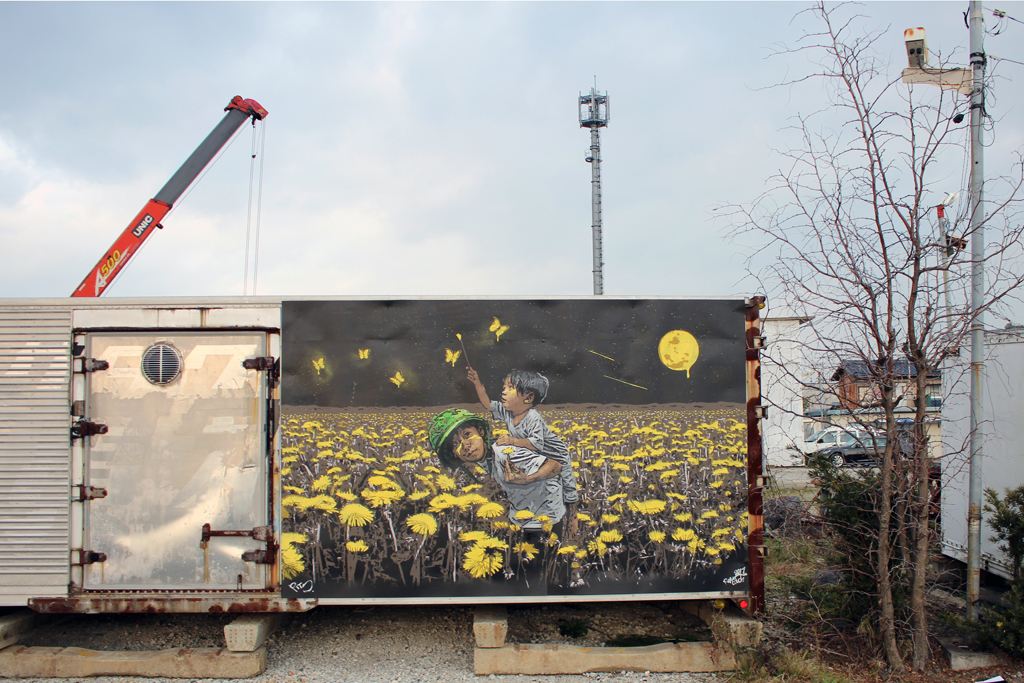 The post “Four seasons” by Roamcouch in Gifu, Japan appeared first on StreetArtNews.