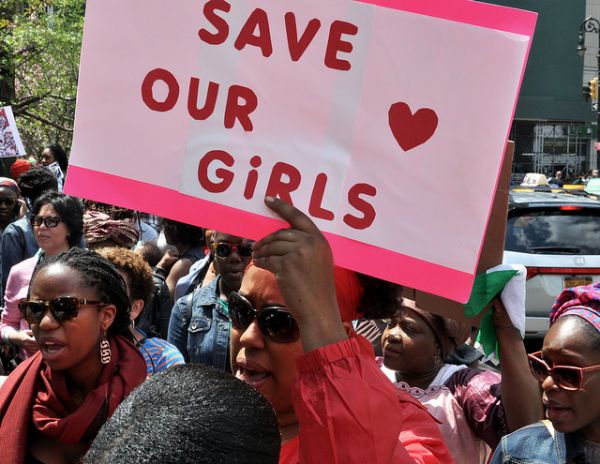 Four years after Boko Haram kidnapped mofe than 200 girls from their school in Chibok, Nigeria, half of them have been freed. A few escaped, but most were released in groups over time as the Nigerian government negotiated with their captors. One woman, who had been married before the kidnapping, returned to her husband and farm. The rest were taken in by the American University of Nigeria, an elite private university where they live, eat, and study together, away from the other students.

But security restrictions on the Chibok students are especially tight. They are not allowed to leave campus without an escort. They can’t have visitors without special permission. And though some of the women gave birth during their captivity, their children are not allowed to stay with them at the university. Administrators say that would distract from their studies.

In fact, the young women have rarely seen their families since they were freed from Boko Haram. The longest period they have spent with their parents, siblings and other relatives since their abduction in 2014 was over Christmas break last year, when they went home for a couple of weeks. Other than that, they have been under close supervision by officials and educators.

As soon as they were released from Boko Haram, the women were whisked to Abuja, the capital, where they spent weeks in the government’s custody, questioned for information that could help find their still-missing classmates — and to satisfy officials that they had not grown loyal to Boko Haram.

Security agents warned the young women not to talk about their time with militants, arguing that it might jeopardize the safety of the students still held captive. Forget about the past and move forward, they were told.

The Nigerian government considers the women, now all in their 20s, to be vulnerable not only to targeting by Boko Haram, but by others who would exploit them for financial or political reasons. Read about the former captives and their lives after Boko Haram at The New York Times. The article is accompanied by 84 portraits of the women as they are now. -via Nag on the Lake